This week Danny lent us his remote motion-sensing camera. I tried setting it up by the big animal den on Sumac Prairie.
Here’s the set up. 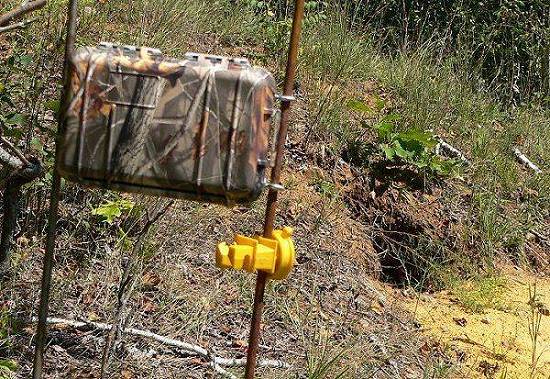 But we didn’t get any photos – I think the babies must be all grown up and they’re not using the den any more. The next night we set up the camera along our driveway. We caught several deer and fawns. Here’s a deer. 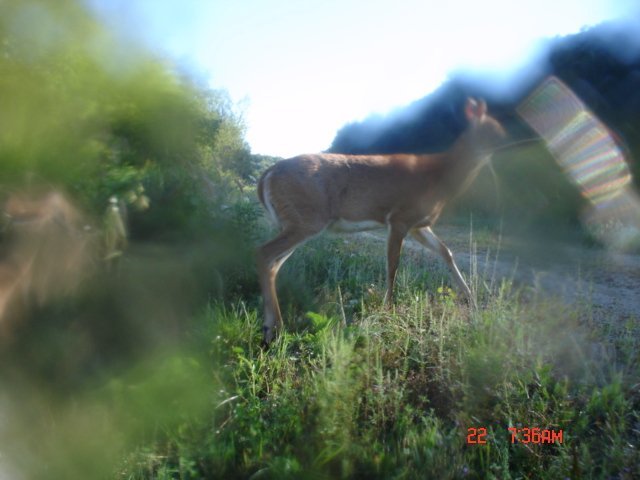 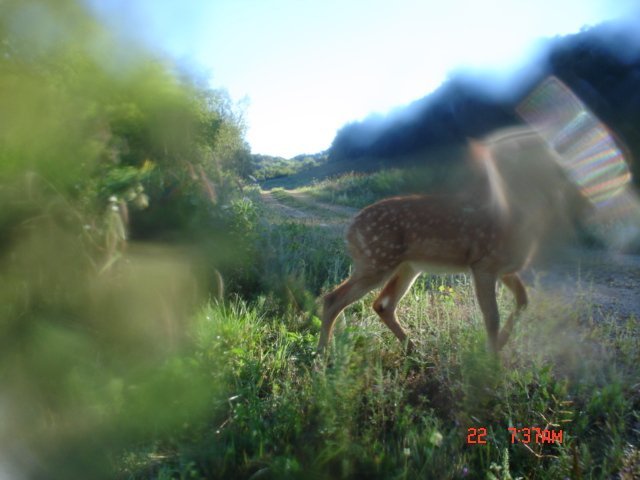 The problem with this time of year is that the nights are so cold that in the mornings the dew covers everything – even the camera – so the pictures are a little foggy. 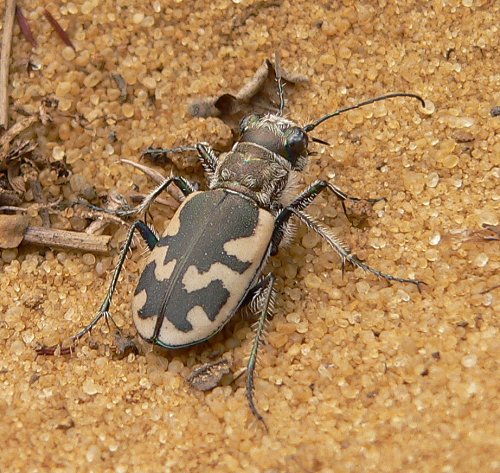 The apples are ripe – I’ve been testing apples on all the trees I pass by. Some of them are pretty tasty. 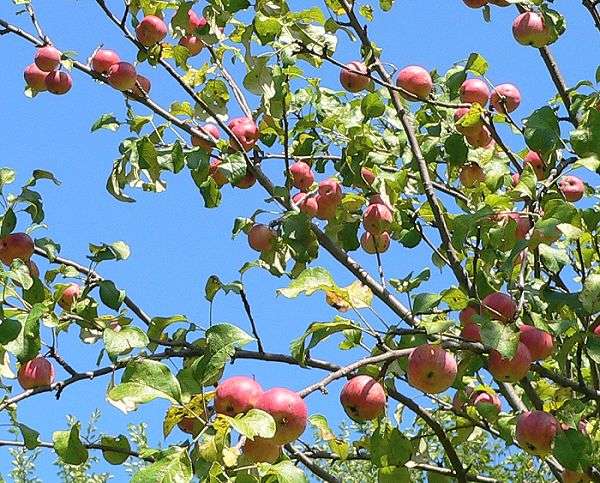 Mike mowed more of the areas we cleared last winter. They’ve all come up thick with Canada Goldenrod and we’re hoping the mowing will discourage it. Here’s a photo of the Bowl before it was mowed. 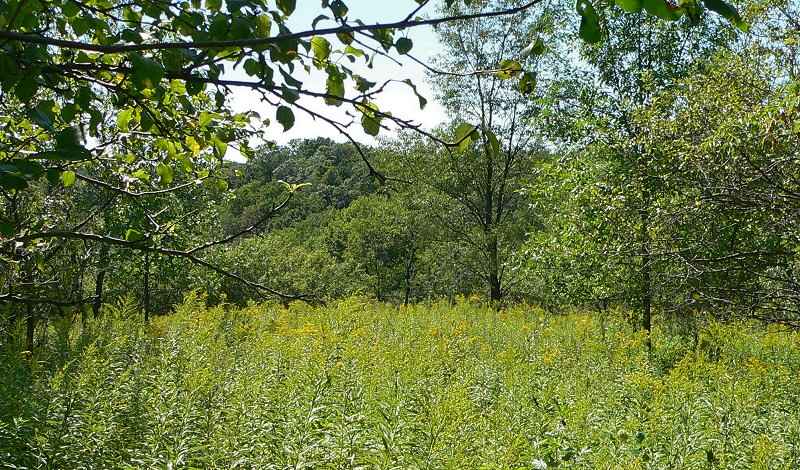 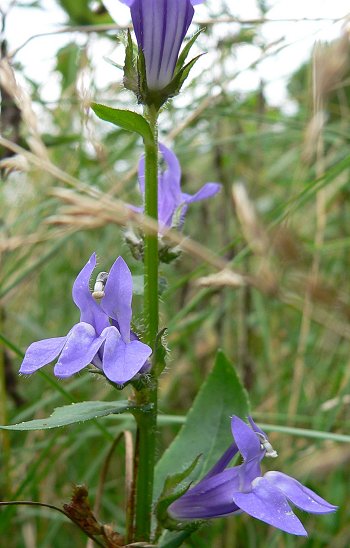 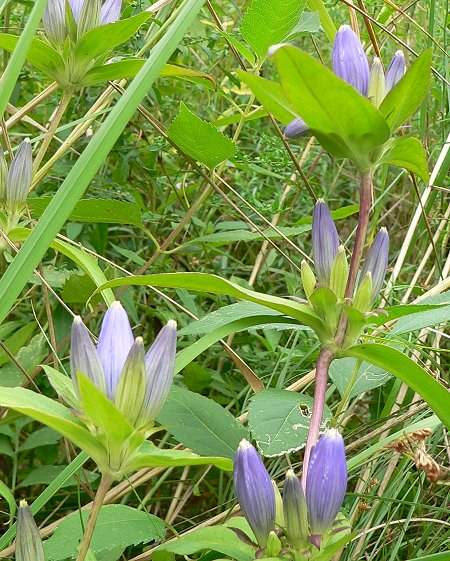 And even a few Cardinal Flowers in 3 Finger Valley. (I didn’t intend to plant any because they should grow in river bottom forests, but there must have been a few seeds in with the other seeds I bought.) 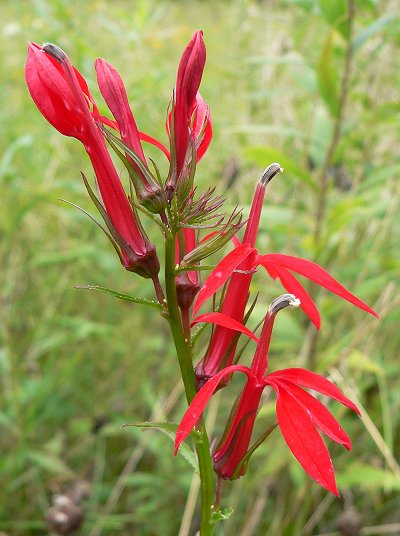 There are lots of White Gentians in bloom in both 3 Finger Valley and Center Valley. 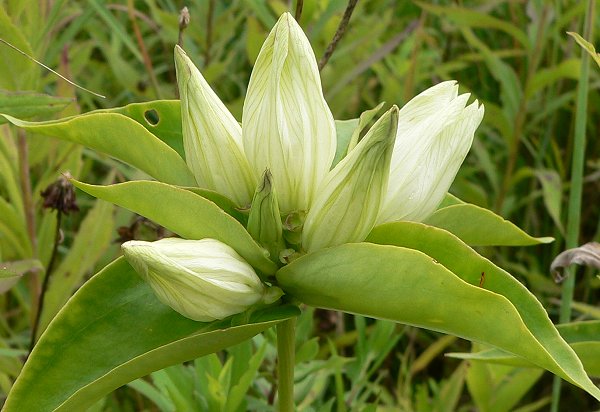 And there are still plenty of yellows – Canada Goldenrod, Oxeye and still a few Yellow Coneflowers. 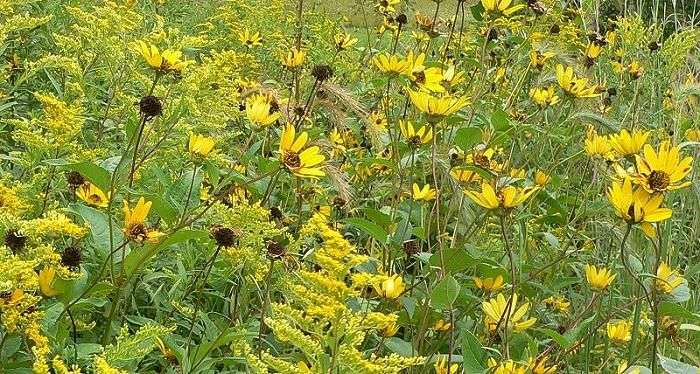 All the warm season grasses are beginning to bloom – Big and Little Bluestem and Indian Grass. We definitely don’t have a problem with too much Big Bluestem in our prairies – there’s hardly any. But there’s a lot of Indian Grass, especially in Center Valley. 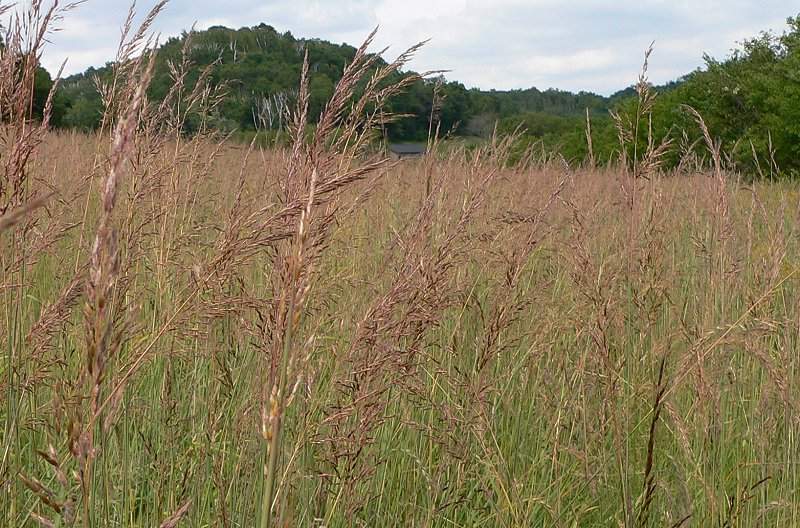 The Prickly Ash is loaded with fruit. It looks luscious but if you chew it, it numbs your tongue and makes you salivate – not a very pleasant experience. 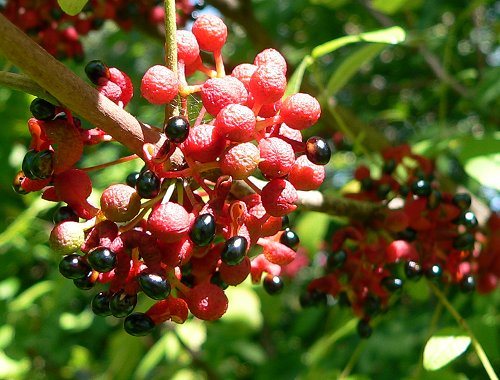 I checked out the wetland seeds along the Buffalo River but most of them are not quite ready to collect yet. I did find one kind of seed that I’ve never collected before – Wild Iris (I’m not sure which species).

I saw an interesting insect in the wetland – a Locust Borer Beetle (Megacyllene robiniae). 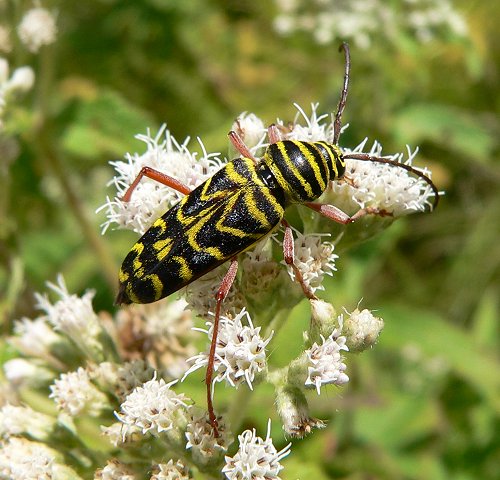 It attacks Black Locust trees. Black Locust is native to the Appalachians, but people started planting it in other places because it was so fast growing. Now it’s widespread and becoming a pest in many places – including Wisconsin. The beetle has been increasing its range along with its host plant.

Our new pond still has water in it – we had about 2 ½ inches of rain last week. But between rainstorms it evaporates quickly. I hope the tadpoles hurry up and mature so they don’t get stranded. They were doing an odd thing – all the tadpoles were swimming so their mouths were at the surface of the water, and they were opening and closing their mouths. They looked like they were breathing. I wonder if they were already starting to breathe even though they hadn’t changed into frogs yet. This is what they looked like. 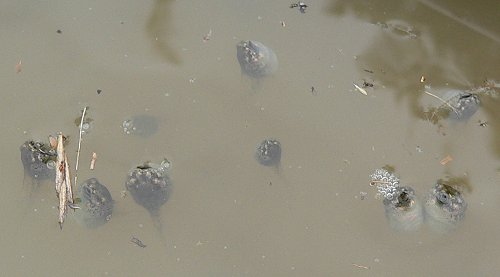 My brother, Peter, came to visit this week, and we visited the farm. We found a goldfinch nest, lined with thistle down and nestled in a goldenrod stalk in 3 Finger Valley. 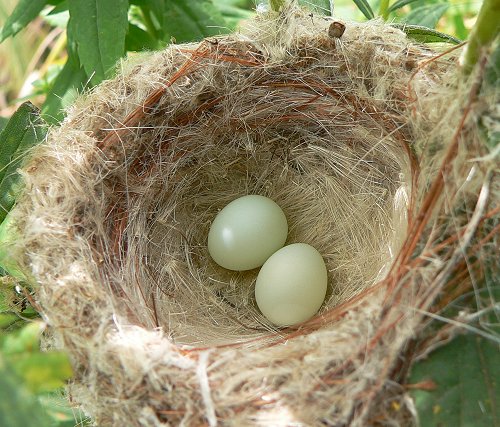 We walked through Hidden Oaks meadow and found lots of Blazing Star in bloom. 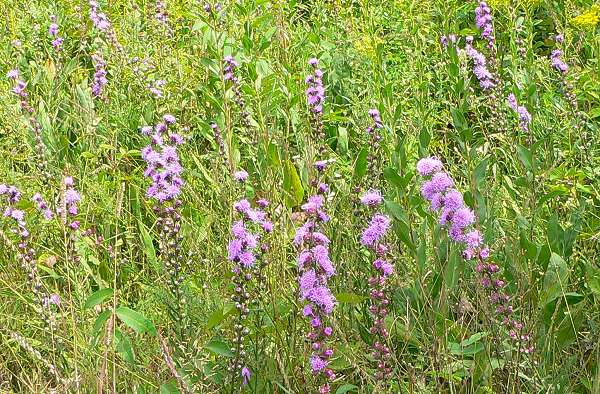 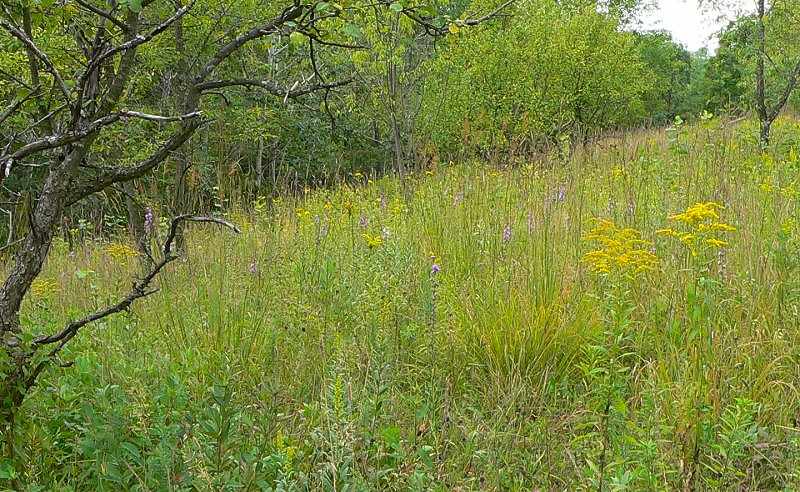 And here’s some of the white Blazing Star. 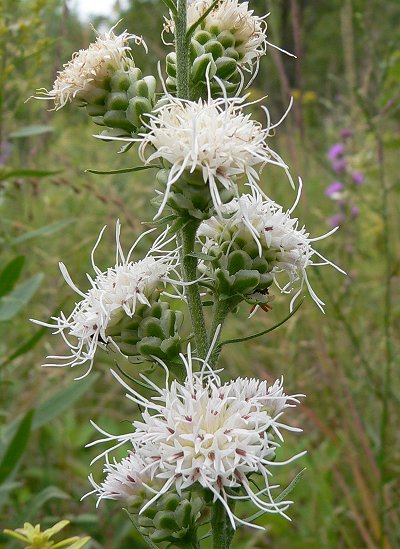