So many things have been happening that it’s hard to know where to start.

Our most exciting recent adventure was a flash flood that went through our valley last week.  We got more than 6 inches of rain during the night, and by the time we got out on our morning walk, the flood covered half the width of the valley. 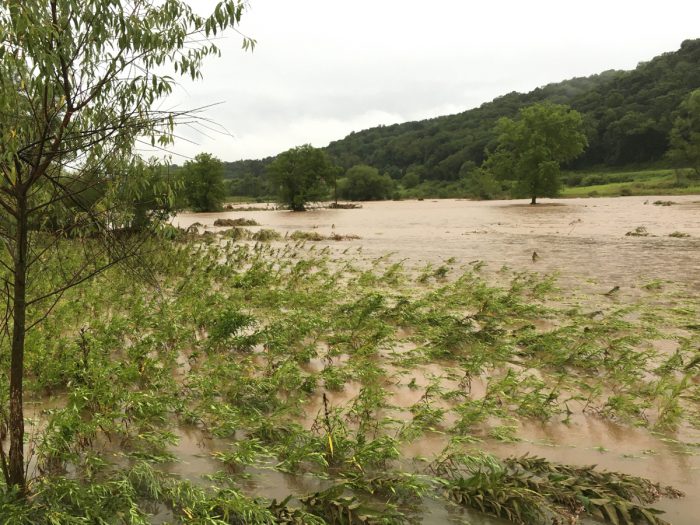 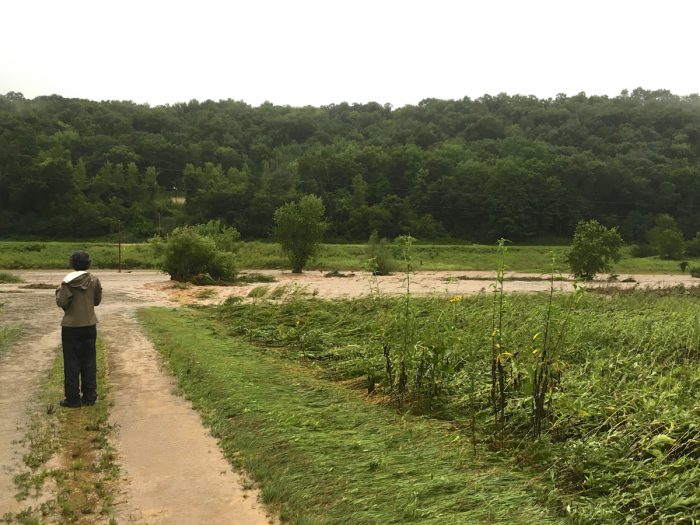 The remains of our driveway after the flood waters went down. 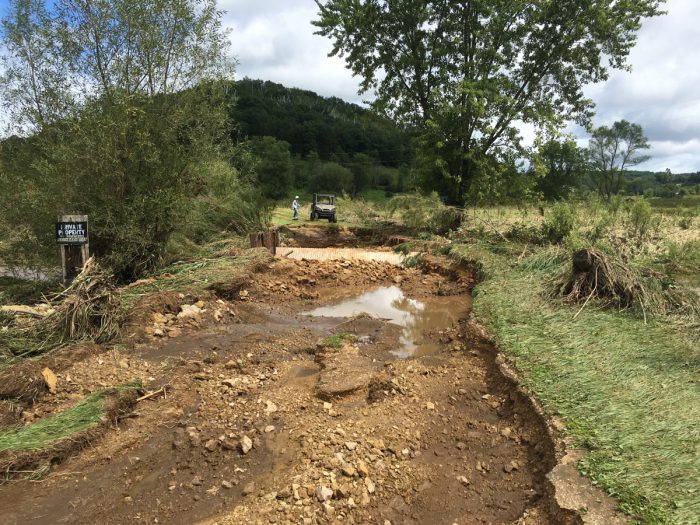 The last flash flood we had was almost exactly 6 years ago, but this one was much worse – wider, more water, and more destructive.  Most of the roads in the county were closed because of deep holes or washed out roadsides.  Our neighbors lost crops and animals and driveways.

Mike spent several days moving dirt with his tractor to smooth the driveway enough that we could drive out. 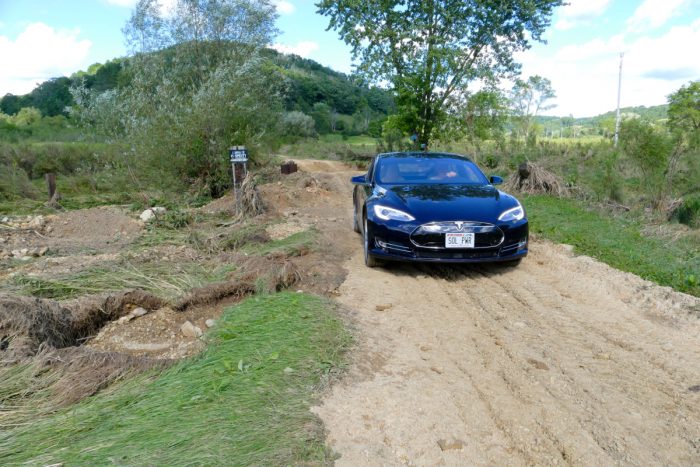 The plants in the flooded areas look better already – I don’t think it’s possible to tell which places in this photo were under water.  (The left 1/3 of the area in the photo was flooded.) 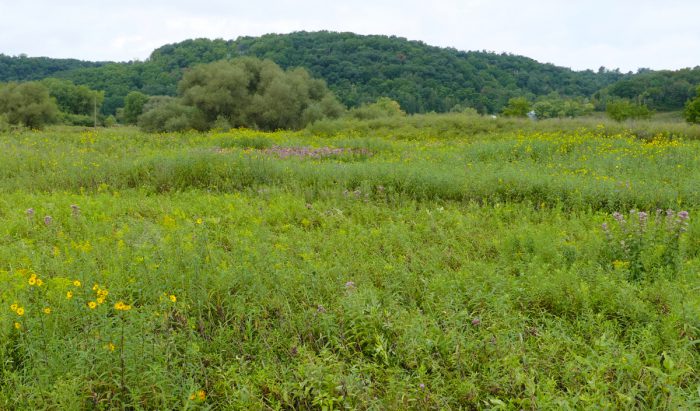 To see more photos and videos of the flood, Click Here.

We paid a visit to our friends Shelley, David, and Dash the Dog, at their gorgeous sand prairie/savanna in Marquette County. 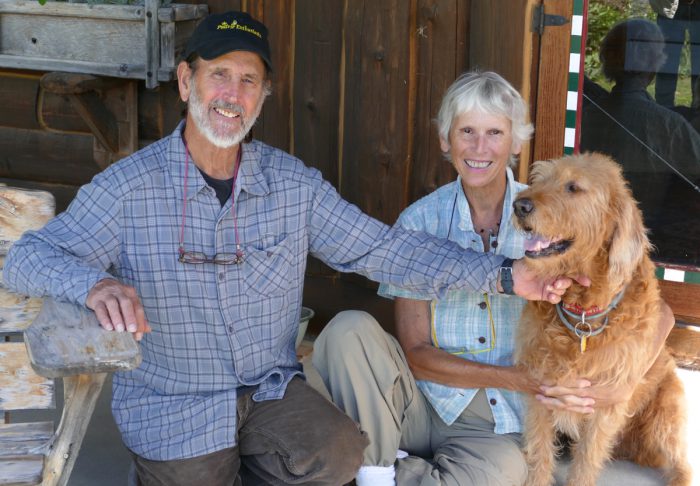 I got to see Karner Blues for the first time.  Karner Blue butterflies are federally endangered.  They are more common in Wisconsin than in other states, and Shelley and David’s land has more of them than most places in Wisconsin.  We got there in time for the tail end of the butterflies’ second flight.   It was such a thrill to see them – though there weren’t many, and they were pretty worn. 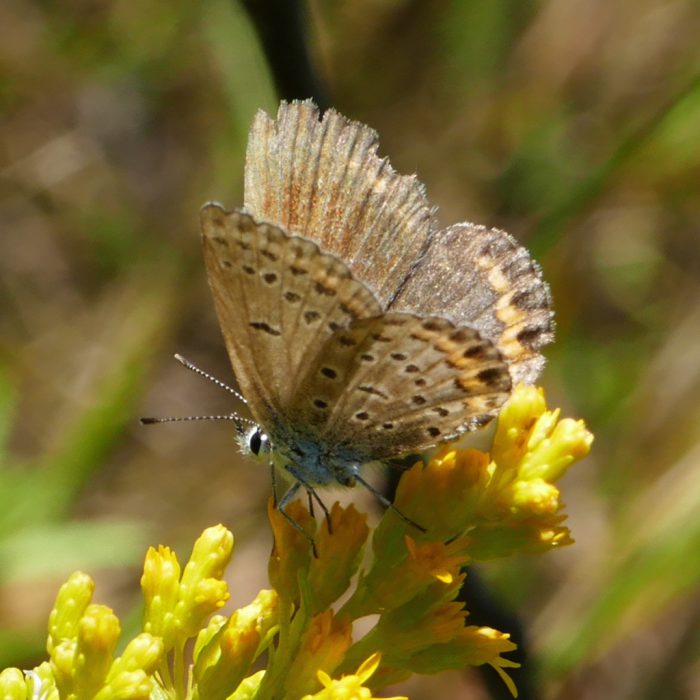 We also found a lovely, unusual day-flying moth in their sand prairie.  Heliothis acesias – it doesn’t have a common name. 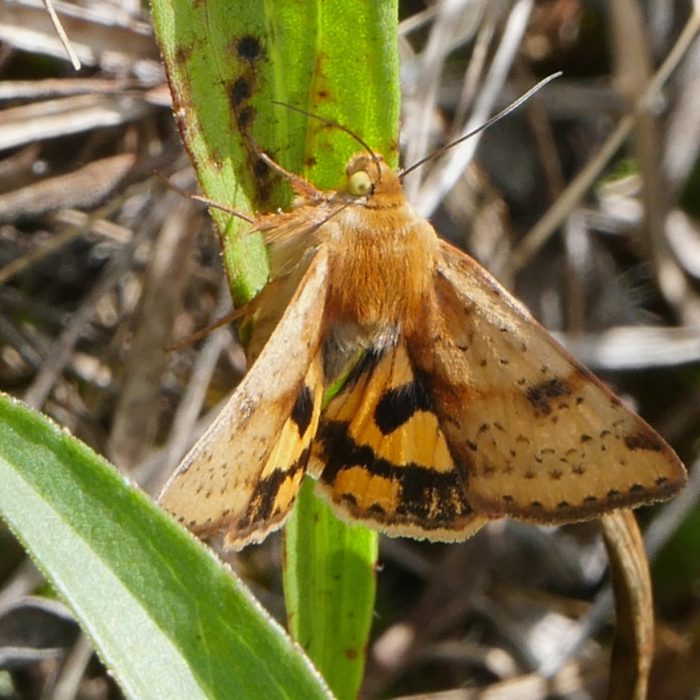 Mike and I have been wishing we had a good way to take people for a ride around our place – if they can’t or don’t have time to hike.  We came up with an idea for a bench that we could attach to our old trailer, and pull behind the EV.  We call it the ‘Surrey’.

Here’s the first try – with temporary clamps that were later replaced with bolts. 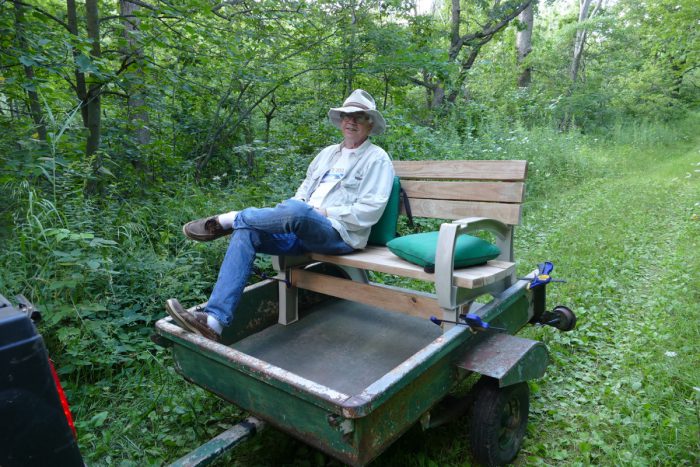 Here’s the complete set up.  It’s a pretty fun ride! 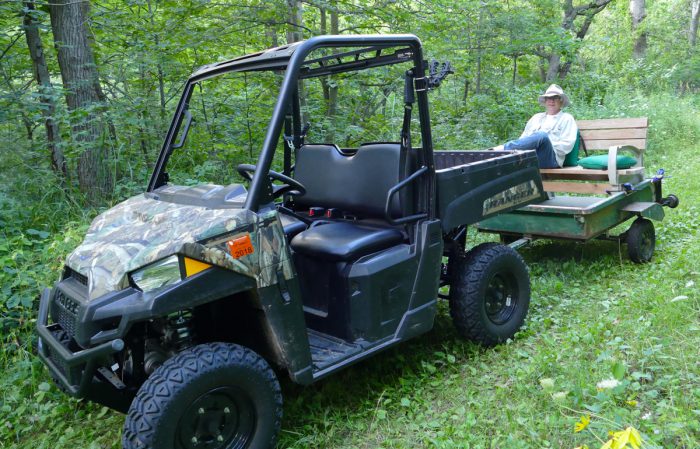 My main project these days is pulling Queen Anne’s Lace.  I can’t possibly get all of it – it’s especially abundant this year.  But I’ve been pulling it in my favorite places –  like this part of Indian Grass Point Savanna. 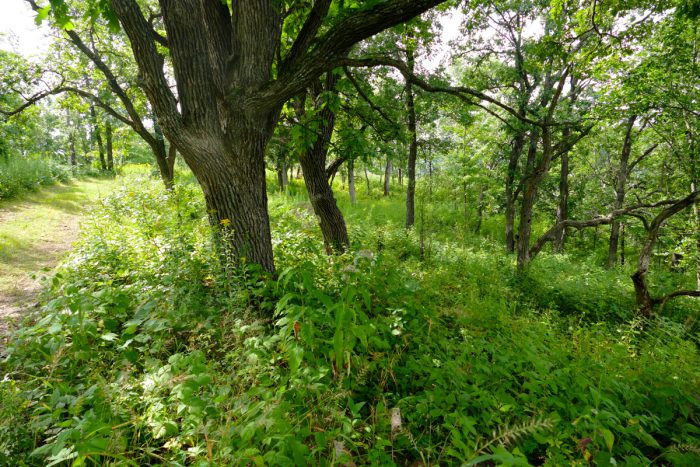 One of the nice things about the rain and humidity is misty mornings with dewdrops on the flowers. 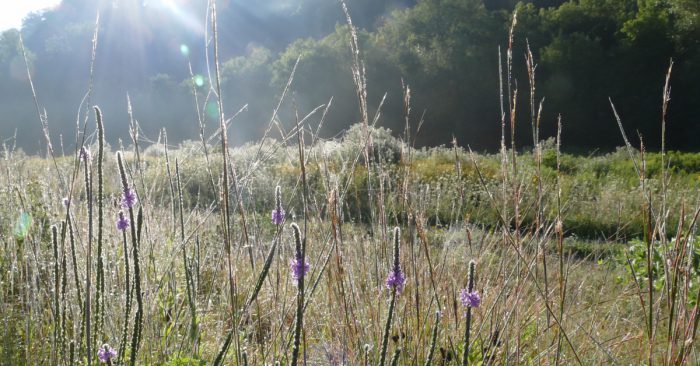 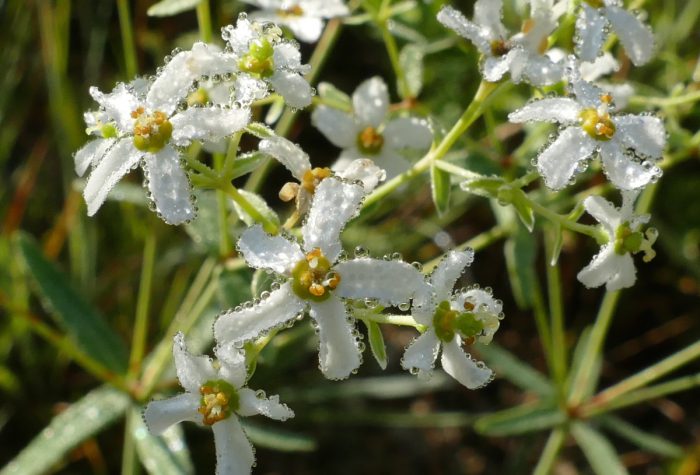 Field Thistle in the mist 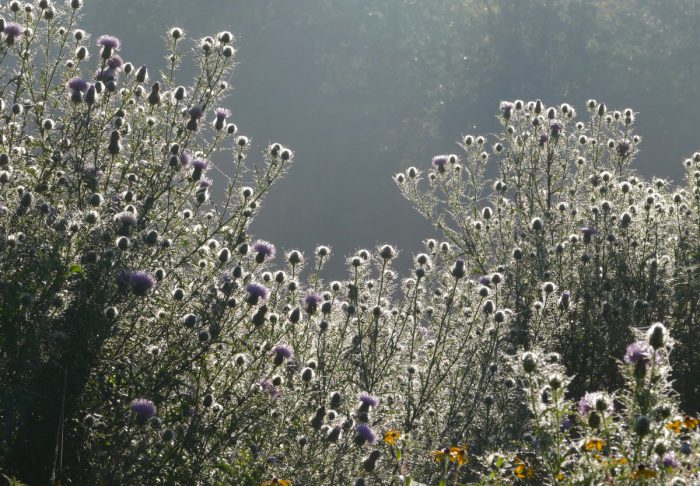 I discovered this Luna Moth one morning, also covered with dew. 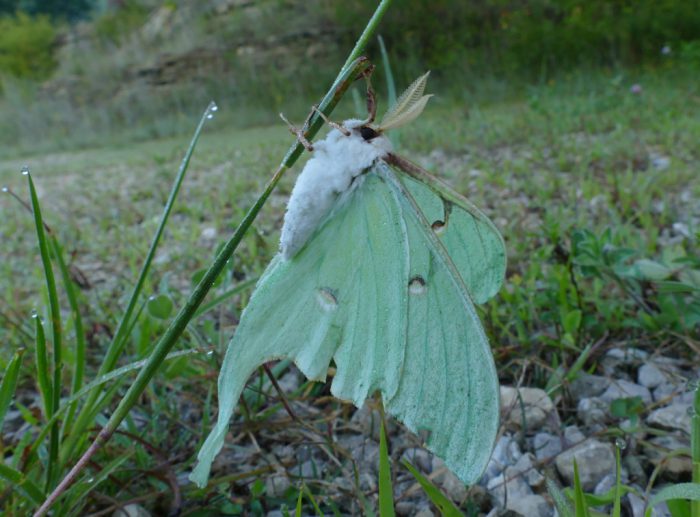 Mike sent the drone up into the mist and took a wonderful video:

This part of western Wisconsin is known to have occasional white deer.  We’ve seen a few farther up the valley, but this summer is the first time we’ve seen any on our land.  Here’s a brown doe with her white fawn. 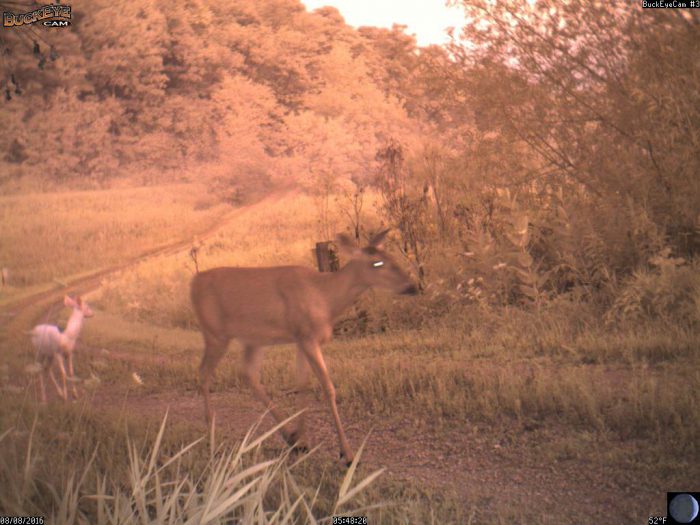 A buck resting on the hill above the house. 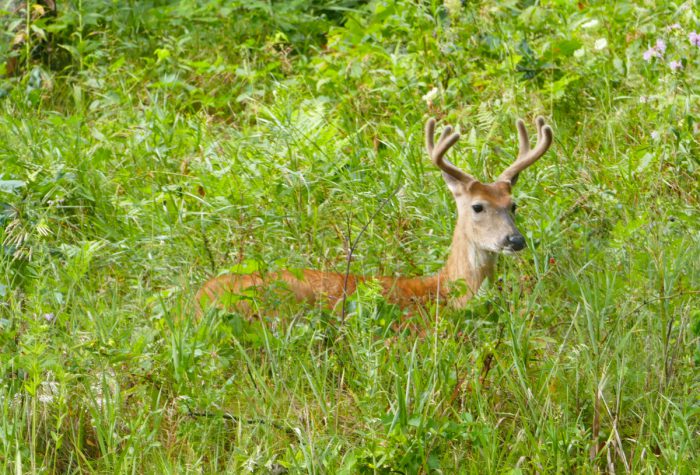 The woods is lush and green after all the rain. 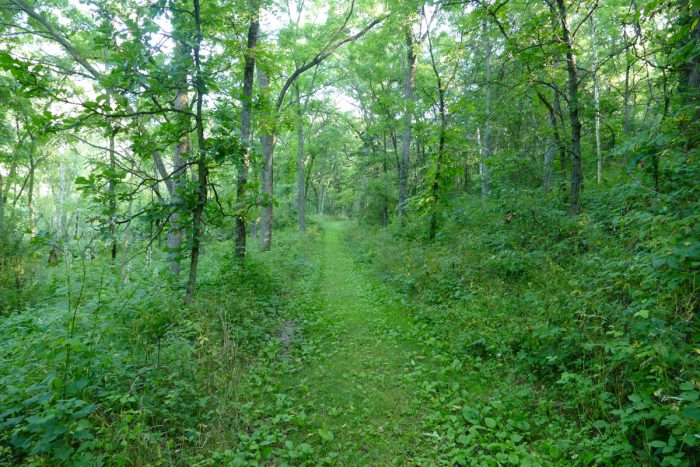 Swamp Thistles are beautiful plants, and like other thistles, they’re very attractive to butterflies. 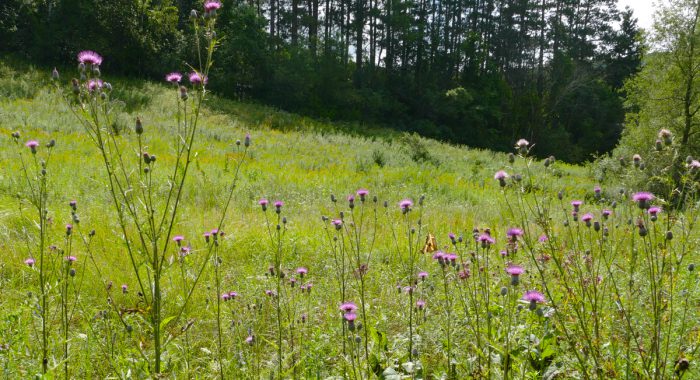 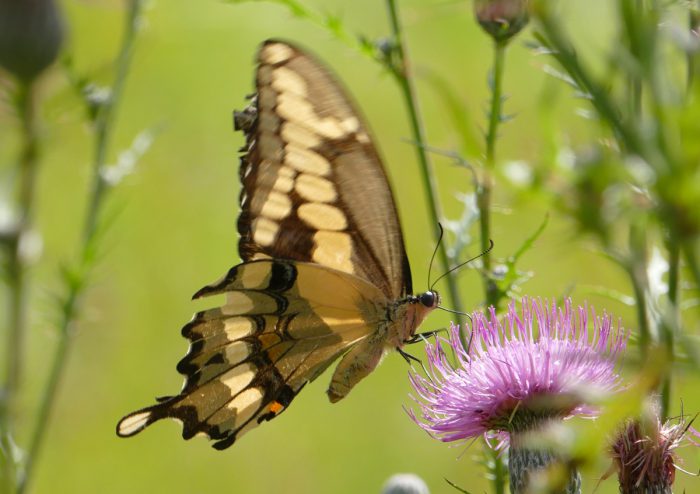 Here are a few moths from the last few weeks. 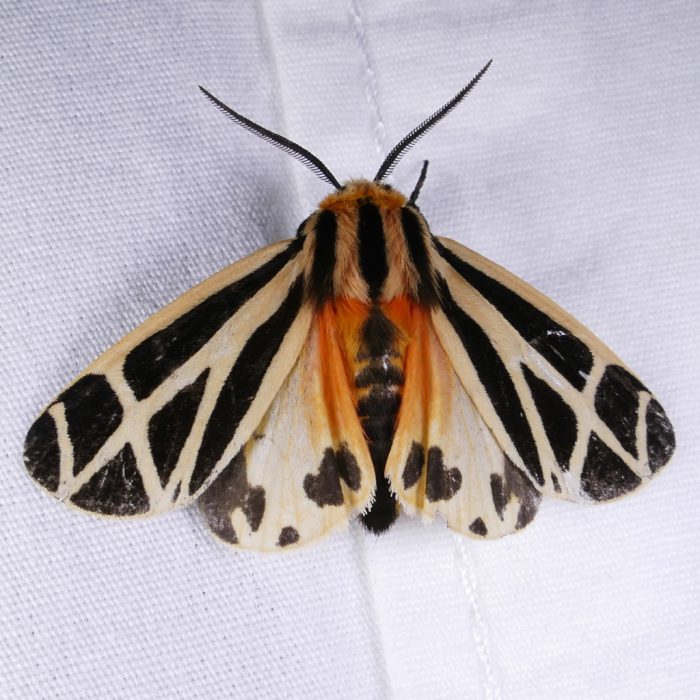 The end of summer means the arrival of Underwing moths. 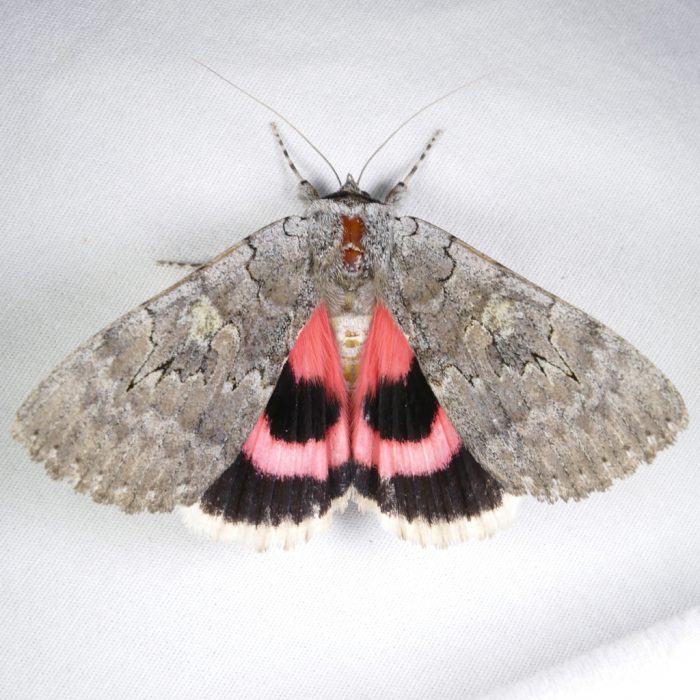 The Penitent (also an underwing) 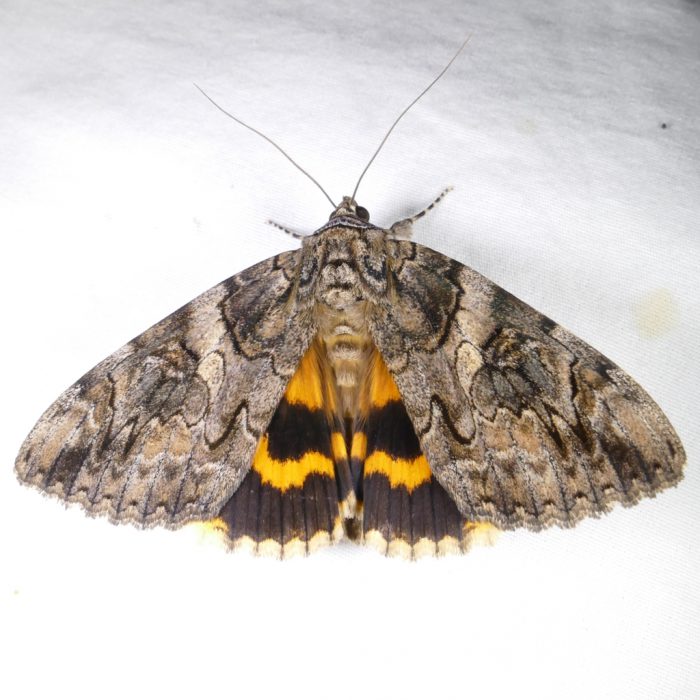 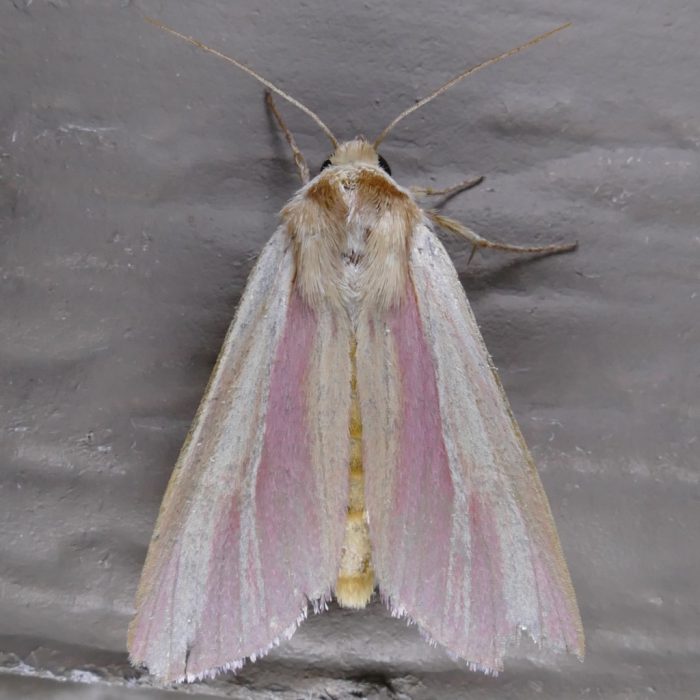 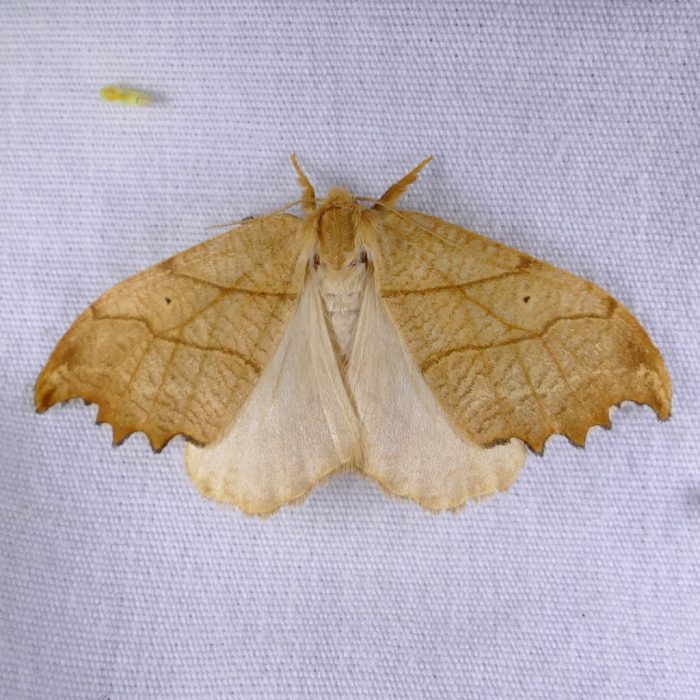 Borer Moths are another sign that fall is coming.  This is one of the early ones – Rigid Sunflower Borer. 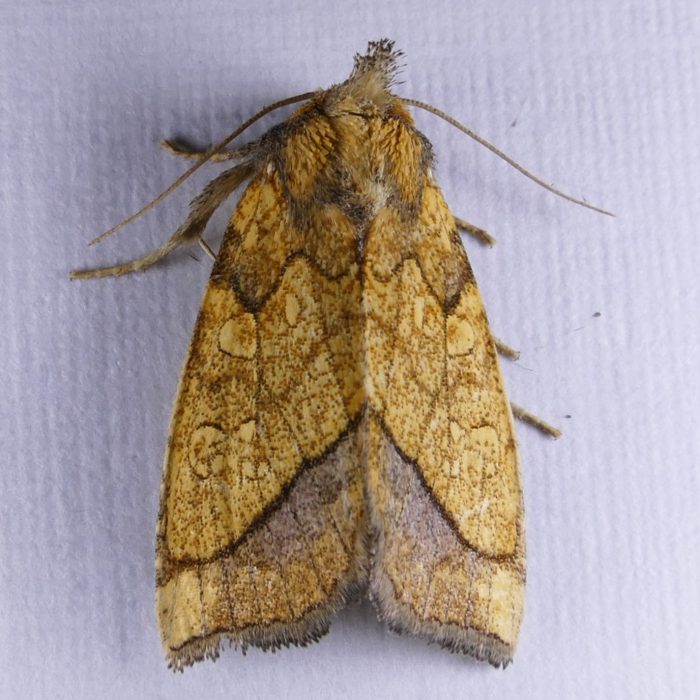 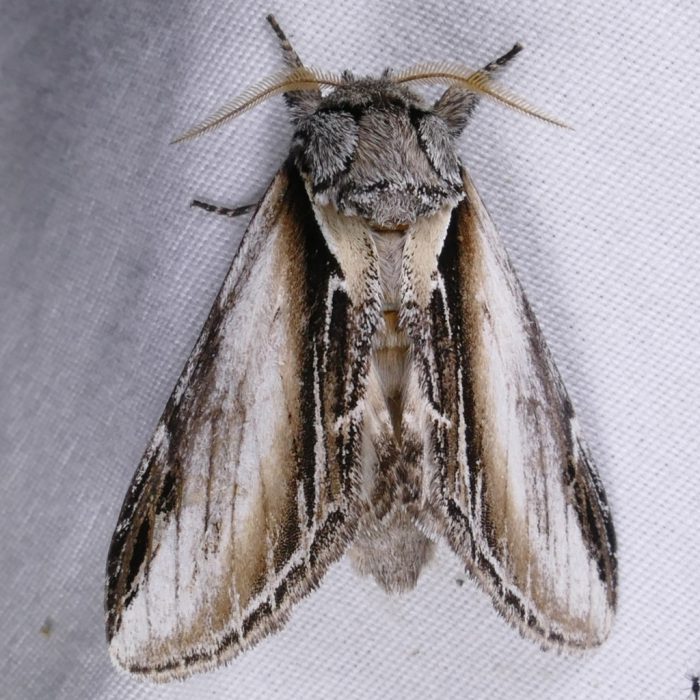 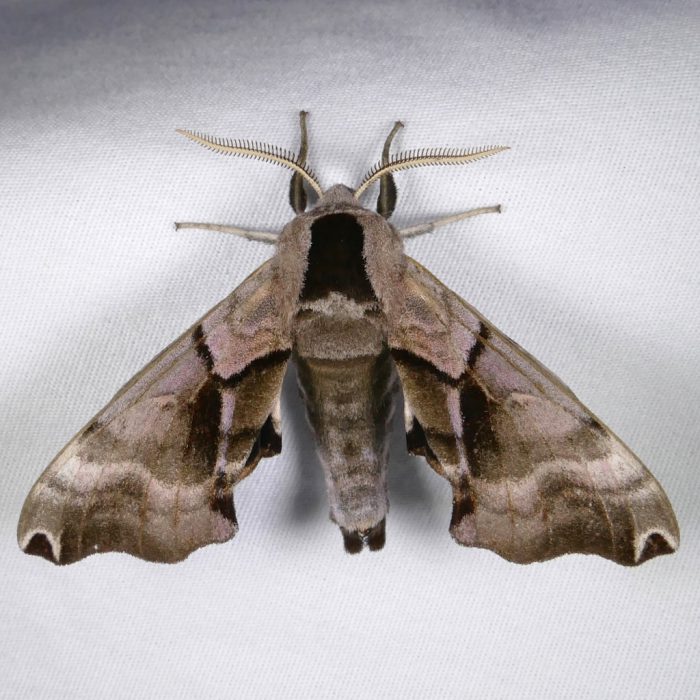 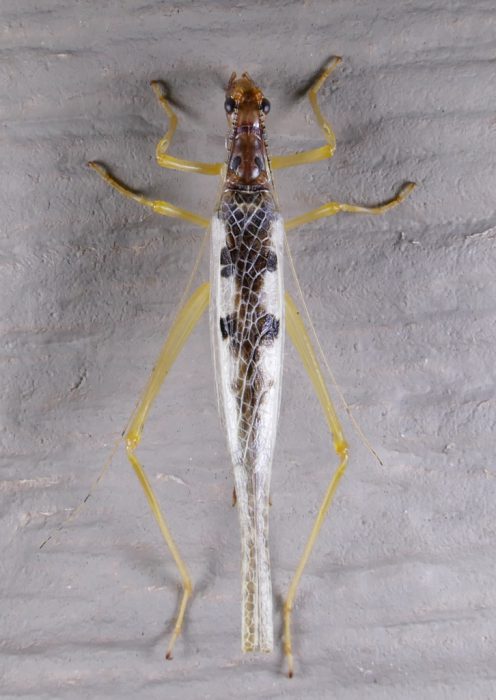