We’re having more wonderful late-summer weather.  We just had a great thunderstorm – thunder, lightning strikes – mostly just over the ridge, but one so close we could feel it.  And a rainbow at the end. 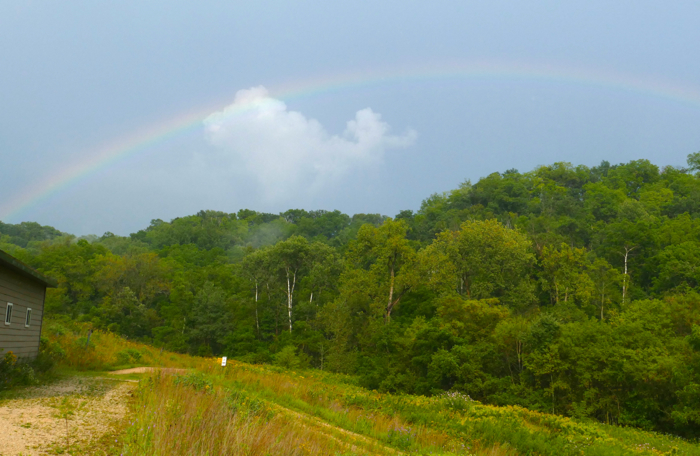 We made two big changes to the farm in the last few weeks.

We were finally able to buy the piece of land across the road – we’ve been wanting it for years.  It’s 38 acres of mostly north-facing woods, so it’s different from most of the rest of our land.   This is looking from our driveway, across to the new hillside.  The hunters’ trailer is still there – it will get moved out sometime in the next year or so. 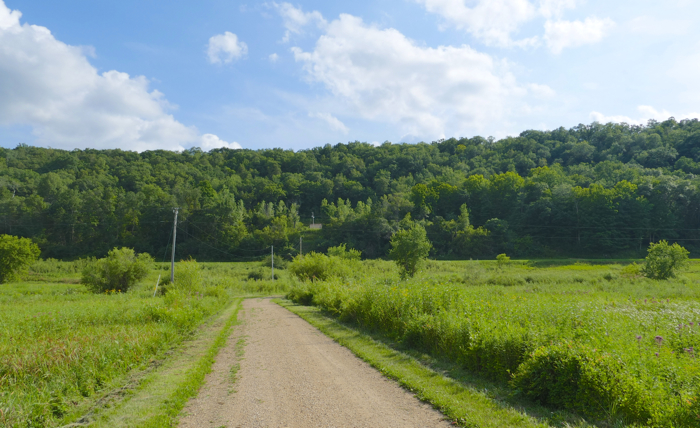 There’s a big grove of Sugar Maples, with Nodding Trillium and ferns underneath. 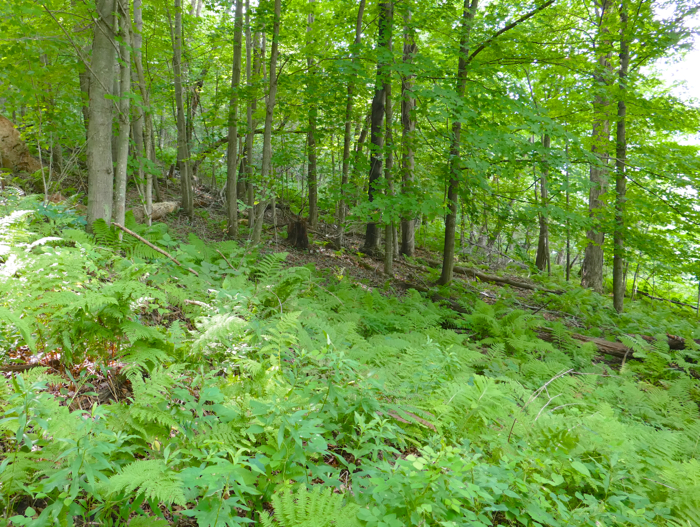 This is the trail that goes along the top of the ridge. 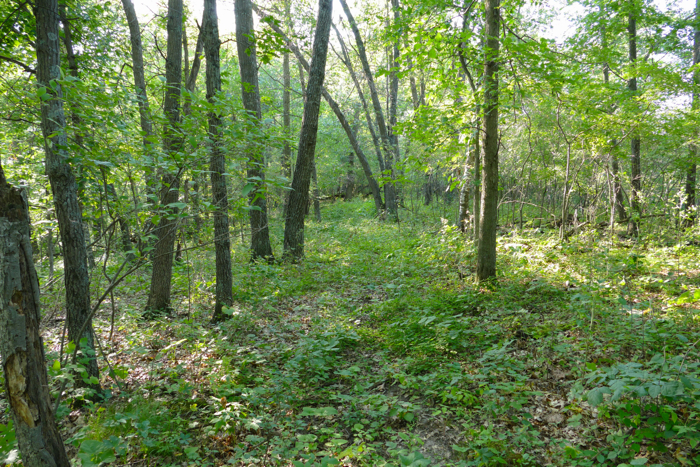 Since we’d never walked there before, we didn’t realize that it also has some very overgrown prairie remnants on the south-facing side of the ridge. 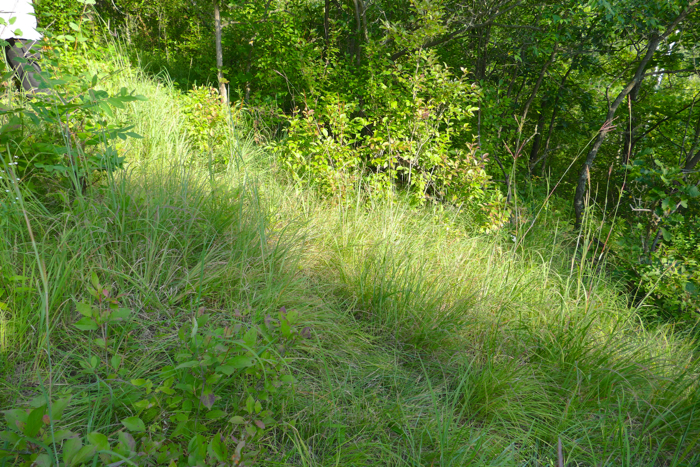 It will take some work to open them up, but already I saw one plant that we don’t have on any of our other remnants – Cylindrical Blazing-star. 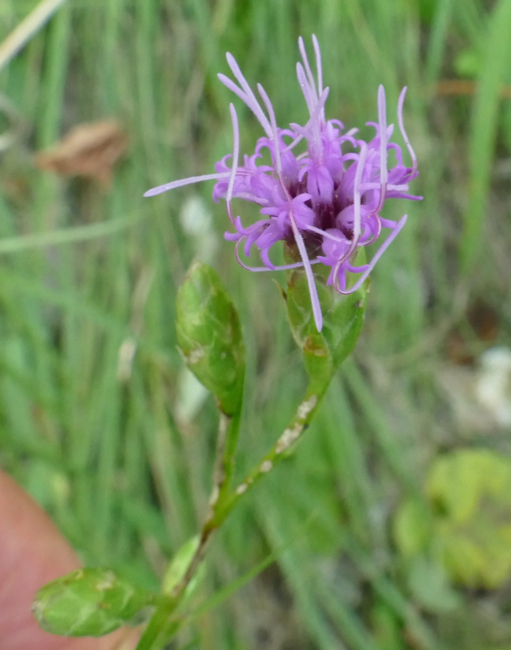 The other big change is that we were able to get the domain name prairiehaven.com, in addition to aprairiehaven.com.  So now you can go to either address, and the farm will be there.

We had several nice visits from friends, and got a couple of great bench photos.

Me, Rudie, Susan and Helen – Rudie is the first dog ever photographed on one of our benches. 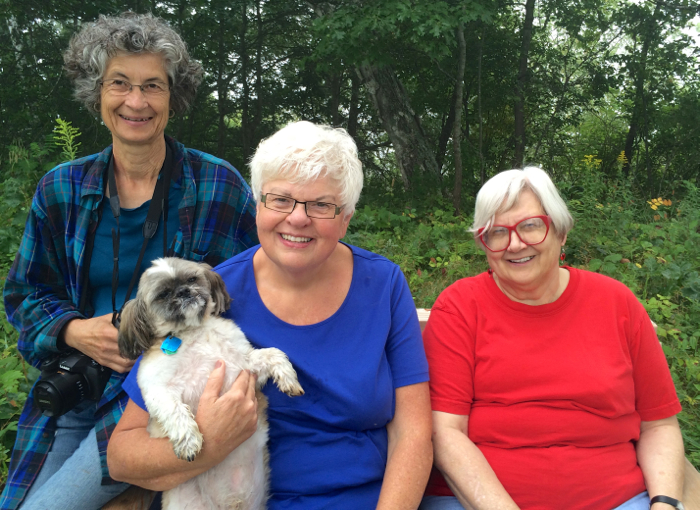 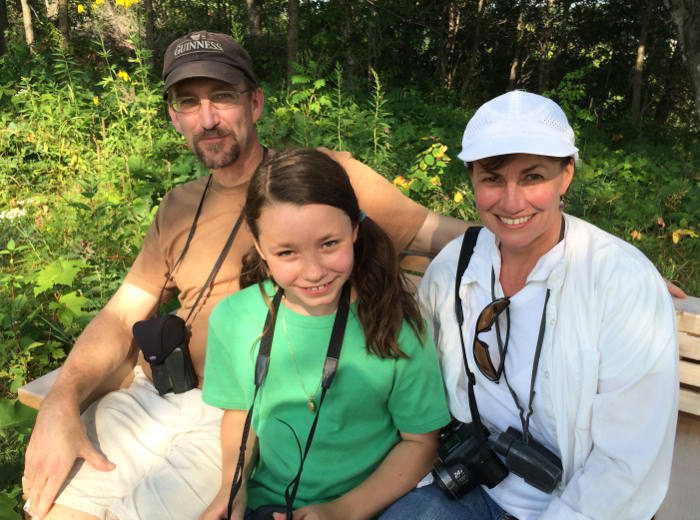 Canada Goldenrod has never been one of my favorite natives, but it is a favorite of a lot of insects.  This plant had a whole community of insects living in it.  The small round beetles are Shining Flower Beetles.  They spend their lives on Goldenrod.  The larvae suck juices from the flower stems, the adults eat goldenrod pollen.  The little green bugs close to the central stalk are aphids, being tended by ants.  Aphids produce a sweet substance that the ants like to eat.  So the ants get sugar, and in return, they protect the aphids from predators. 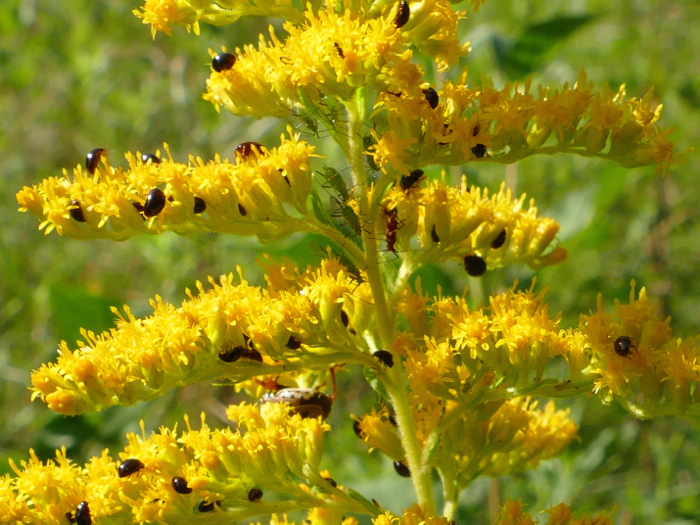 In the last 2 days I’ve found 3 of these caterpillars.  They’re the larvae of Snowberry Clearwing moths – one of the hummingbird moths we have here.  I’ve only seen an adult of this species once.  The other species of Hummingbird Clearwing (Hemaris thysbe) that we have is much more common.  I’ve never found a caterpillar of either species before.  Two of the caterpillars were eating non-native honeysuckle.  This one was eating Tinker’s-weed (Triosteum perfoliatum) – a native savanna plant that I’ve planted in some of our restored savanna areas. 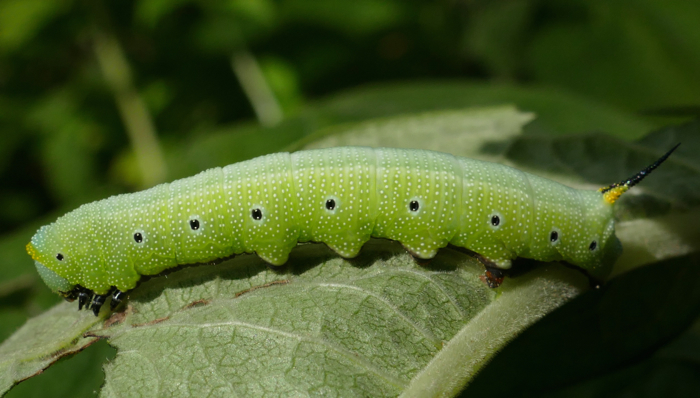 I’m trying to learn more about bumblebees.  It shouldn’t be too difficult to learn the species – there are only about 13 that have been documented in Wisconsin – but it’s very difficult to photograph them.  They’re always moving, usually away from the camera.

I think this one is a Redbelted Bumblebee. 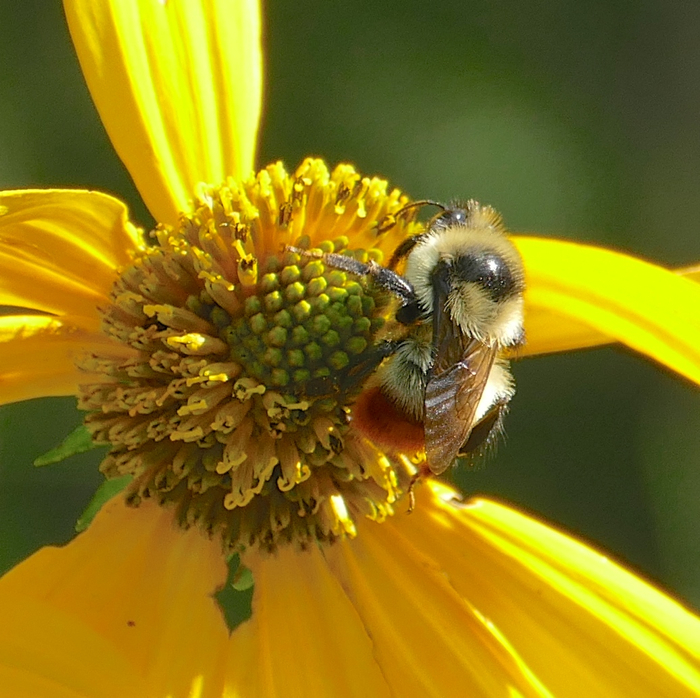 Here are some more photos of the landscape and the creatures we’ve been seeing. 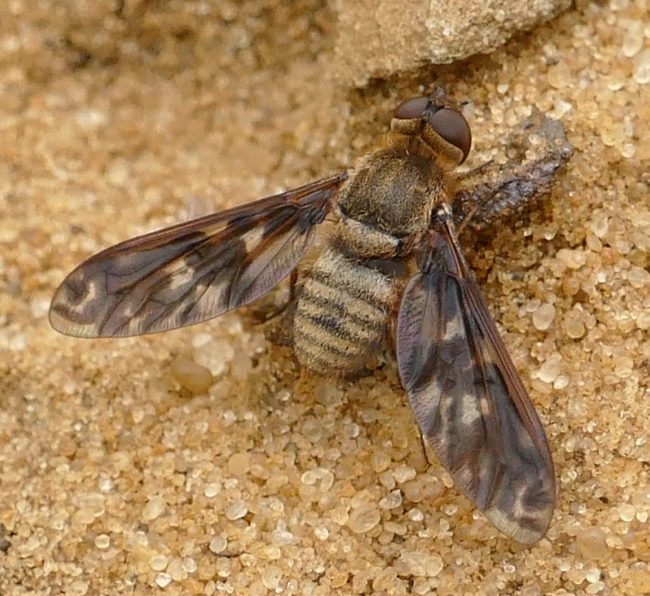 The view from Big View Prairie 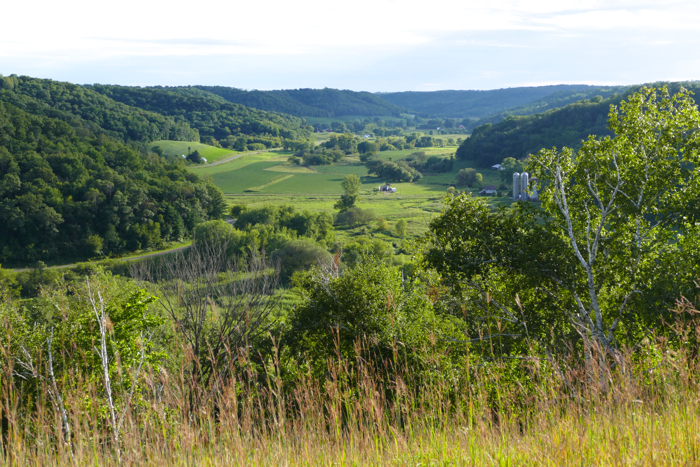 This was taken on a misty day looking out from Indian Grass Point.  Not much of a view of the valley! 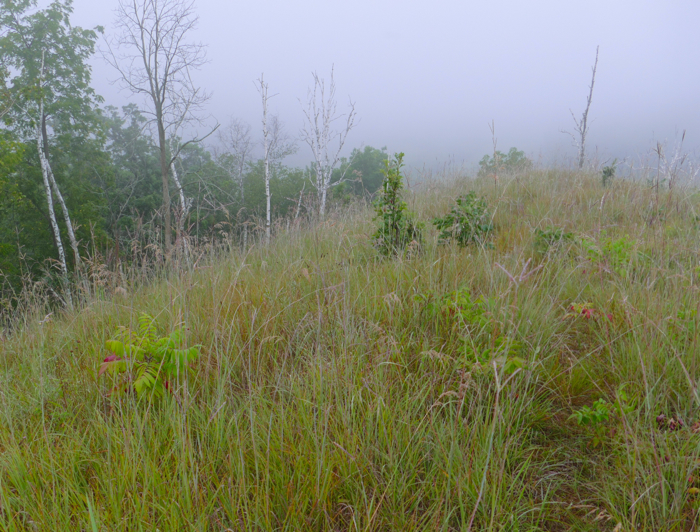 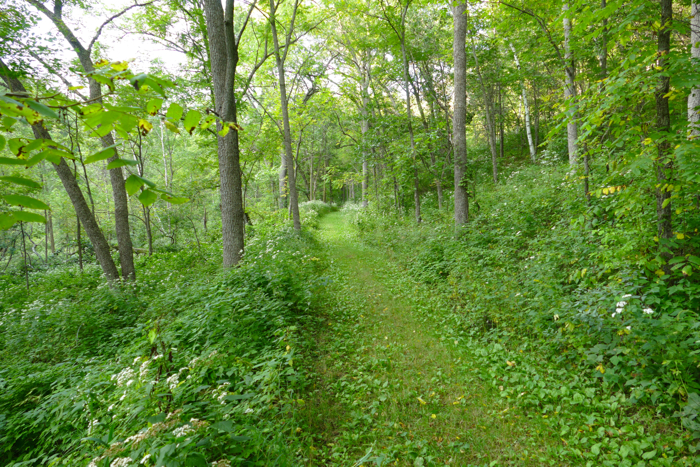 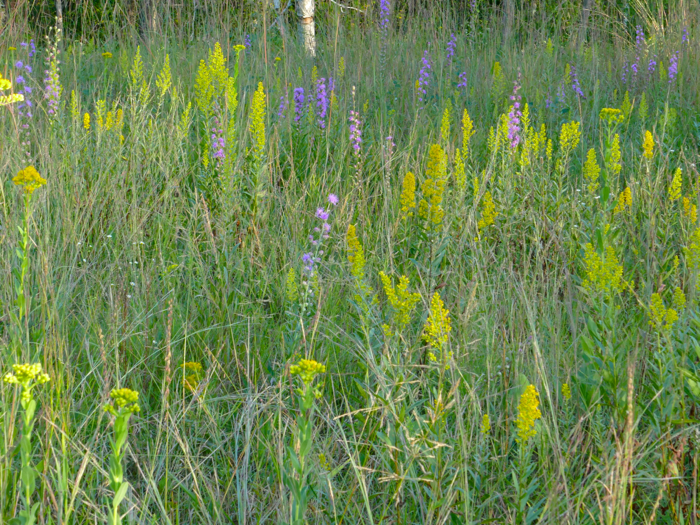 White Snakeroot in the woods near the cabin 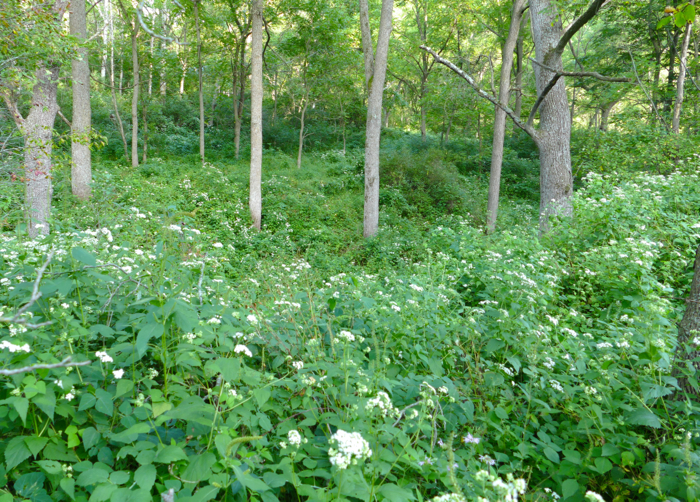 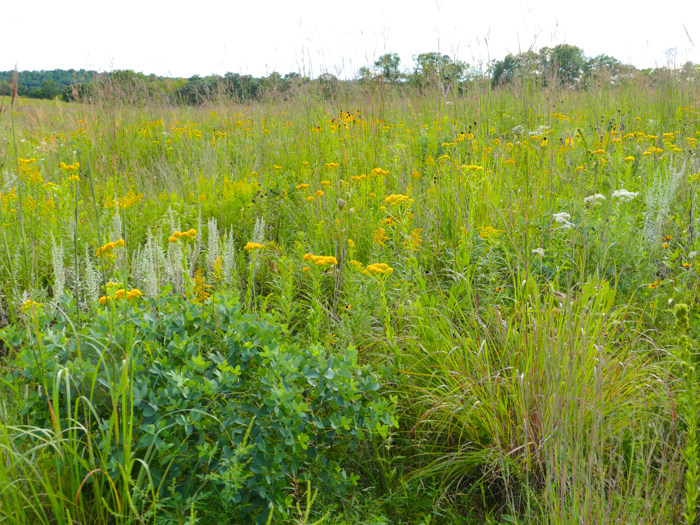 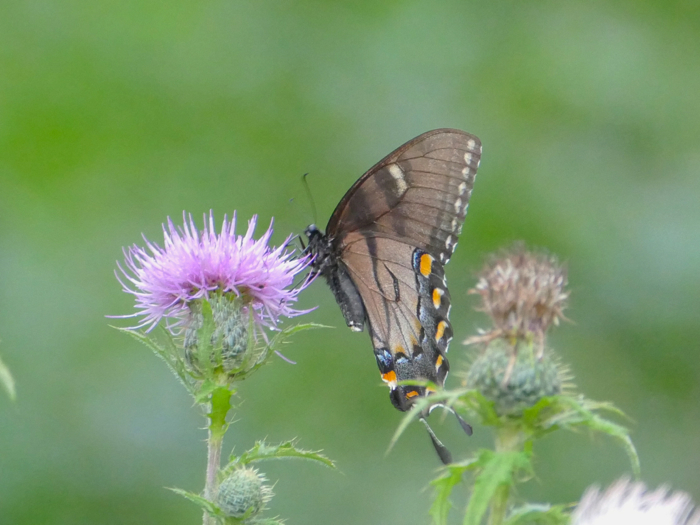 It’s so nice to be seeing Monarchs beginning to migrate – last year there were almost none. 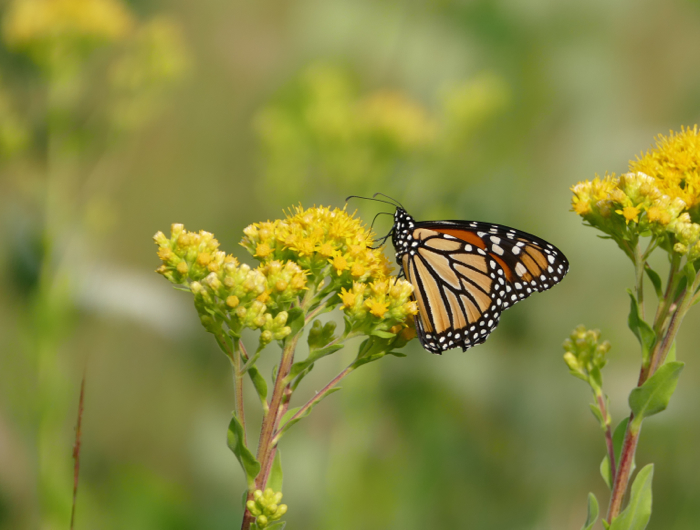 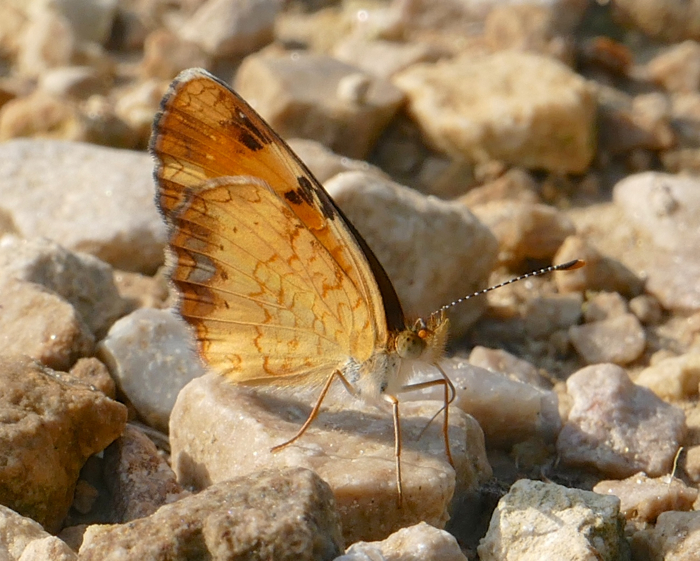 Jonathan, Sylvia and Carolyn had fun looking at moths. 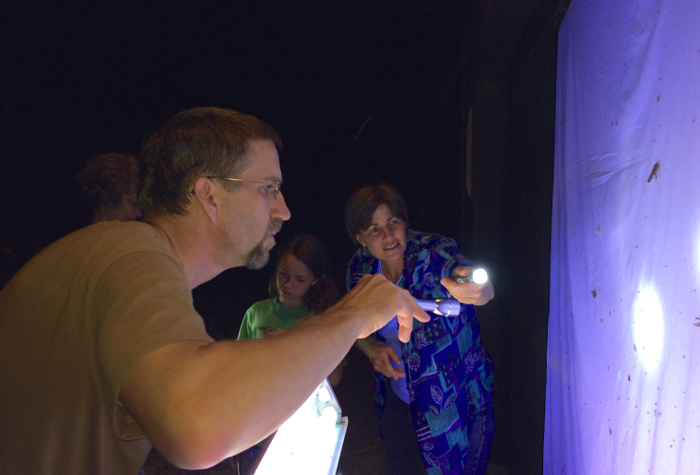 Here are a few favorite moths from the last few weeks. 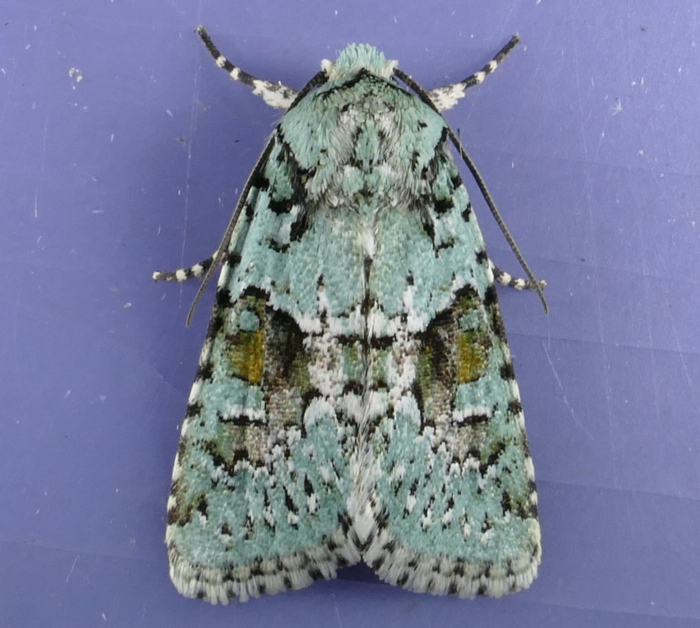 A friend at the moth lights – Gray Tree Frog 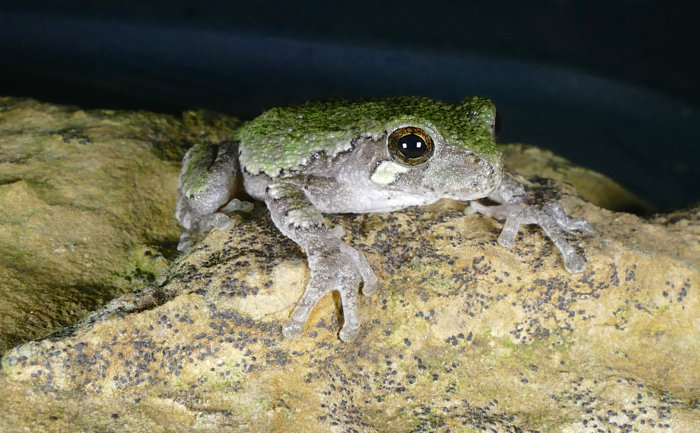 This is another moth that’s often called a Hummingbird Moth – its other name is White-lined Sphinx. 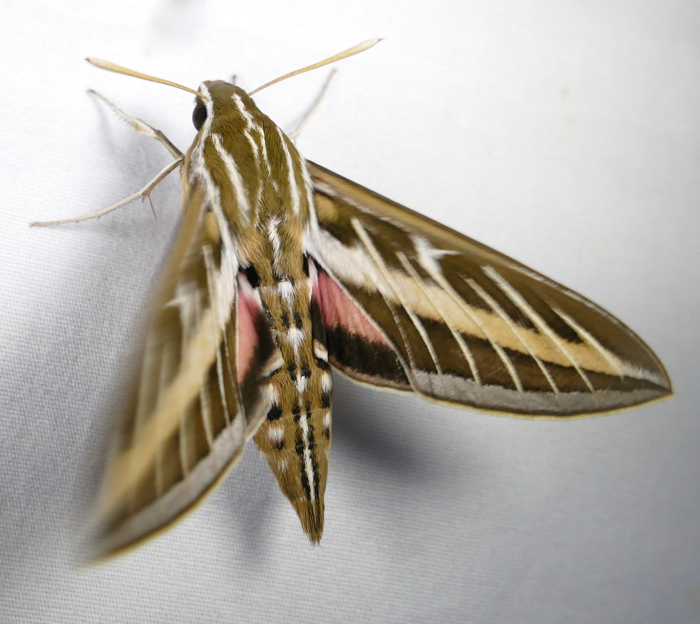 Rose Hooktip – a moth I’ve only seen once before 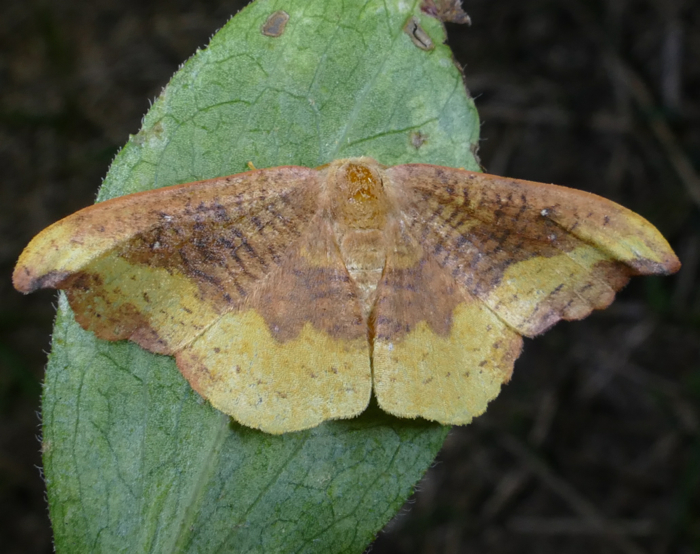 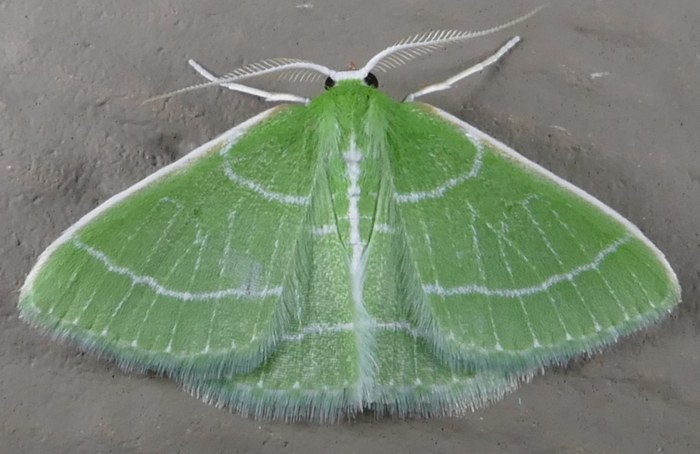 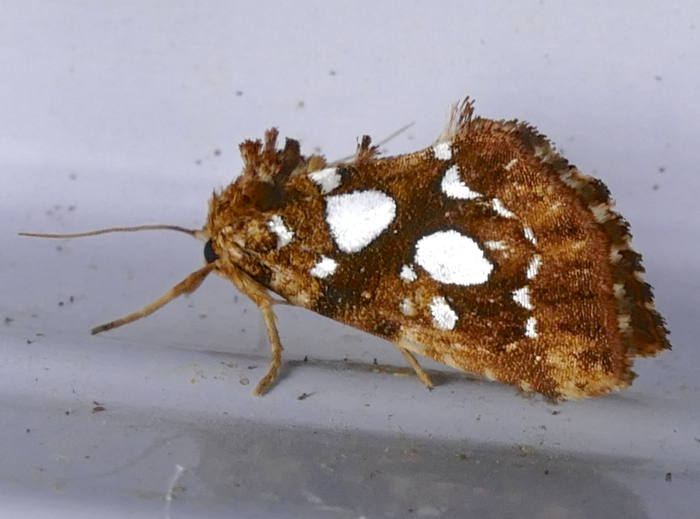 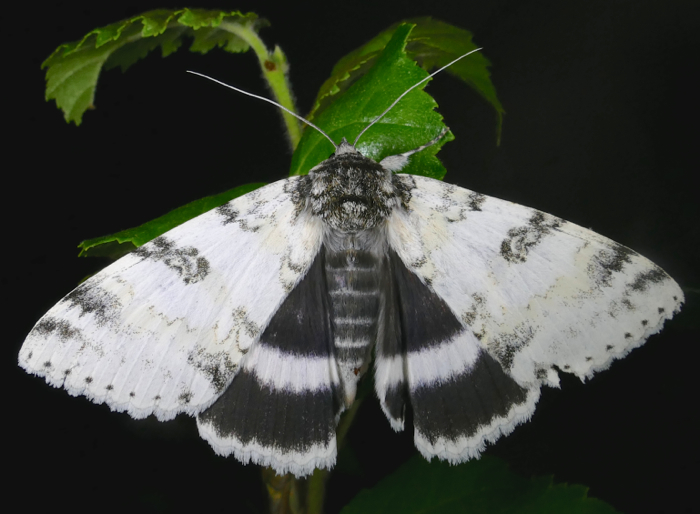 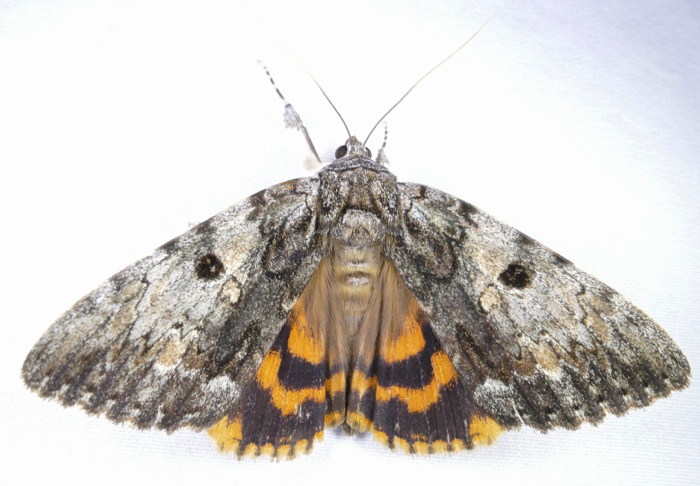