I’m still looking for spring flowers, but this is as close as I can get.

This is Sand Cress – a tiny plant in the mustard family that grows on dry sandy bluff prairies.  I found several with their flower stalks elongating, but their buds tightly closed.  Maybe next week. 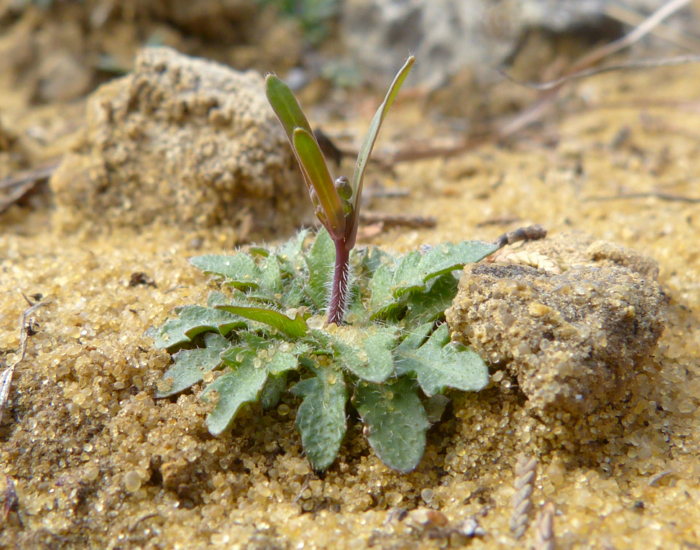 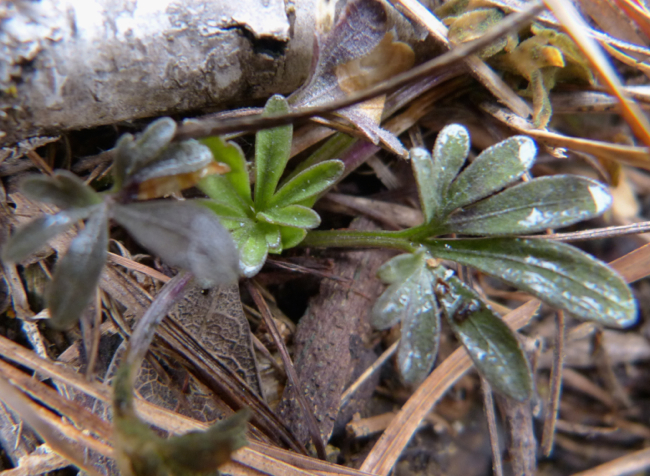 Pennsylvania Sedge – these aren’t very showy flowers, but they bloom early in the spring, and they’re a common savanna plant.  Like the others, these aren’t quite blooming yet. 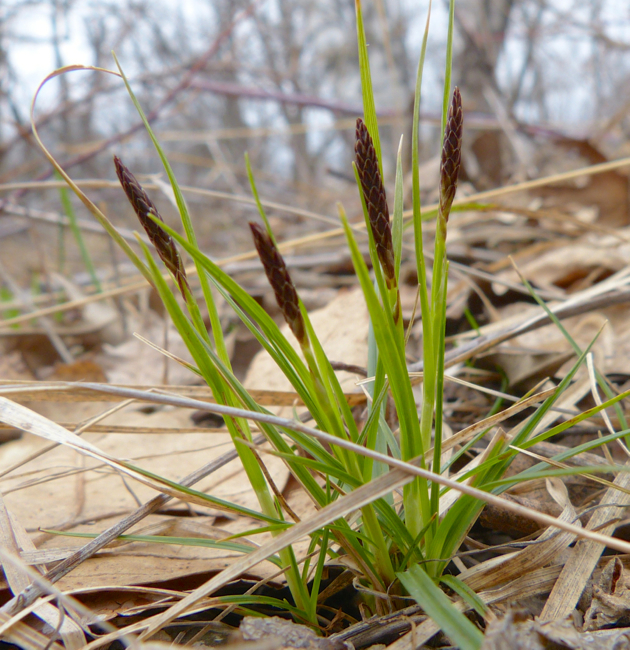 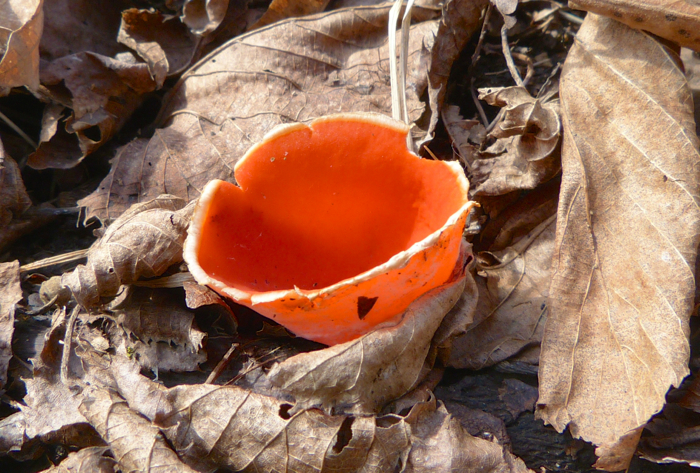 Mike did some spring mowing of our savannas this week.  In one spot he startled a Woodcock from her nest.  She didn’t go far, and when we came back on our walk, later that afternoon, she had settled back in to her nest. 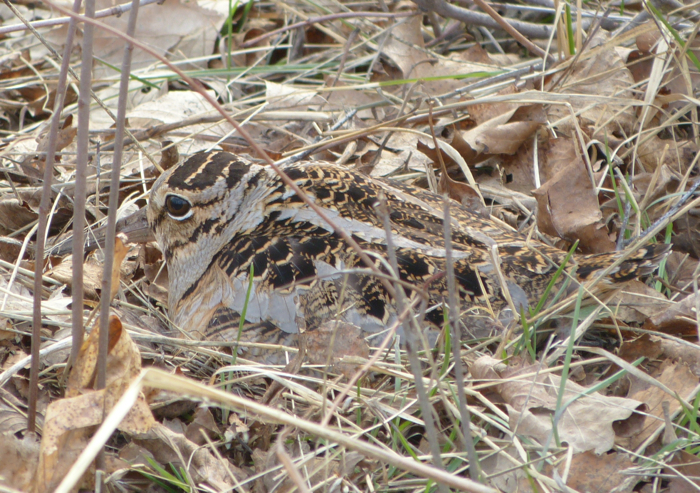 This is the spot where the nest is – it’s on the ground just to the left of the small oak tree just to the right of the center of the photo.  She’s so well camouflaged – I wonder how many other nesting Woodcocks we walk by without knowing.

We don’t do much burning – in fact we haven’t done any burns for 10 years.  But we planted this prairie into an old hayfield that’s still plagued by a thick thatch of pasture grasses and weeds.  We decided to try burning off the thatch to see if that will give the prairie plants a chance.   Yesterday turned out to be a good burning day.  Here we’re making the ‘black line’ at the downwind edge. 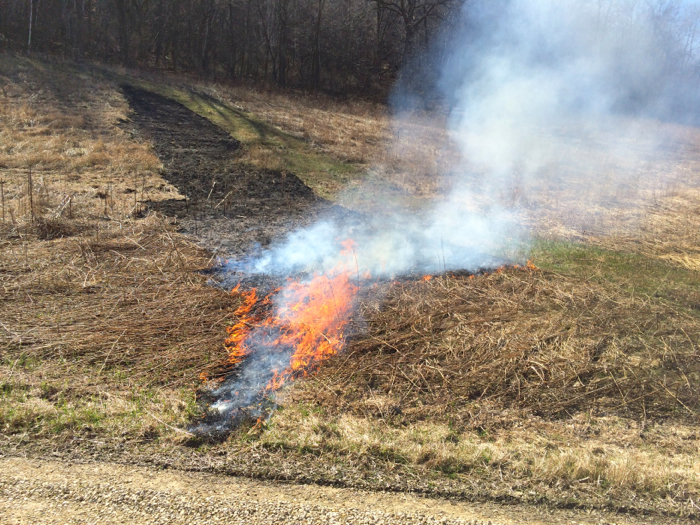 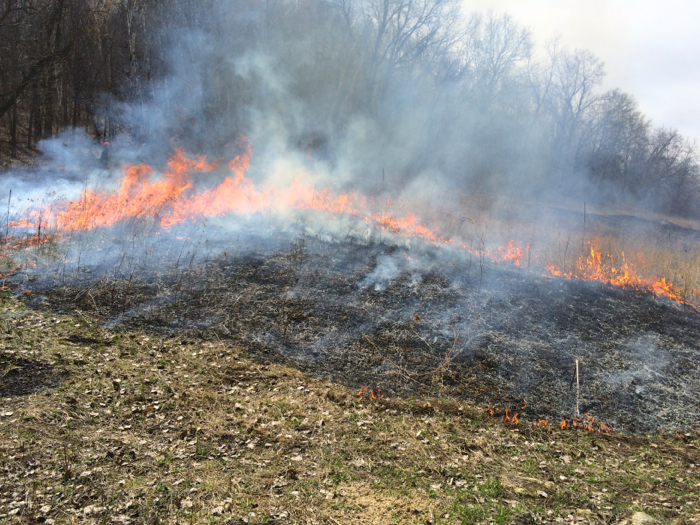 Most of it is burned now.  I’m up at the top of the hill, keeping an eye on the far edge to make sure the fire doesn’t jump past the black line. 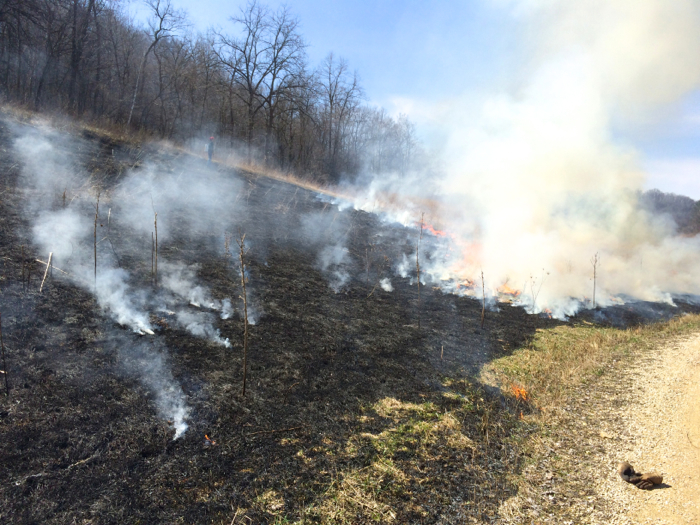 This is the very end of the burn – the northernmost section of the prairie. 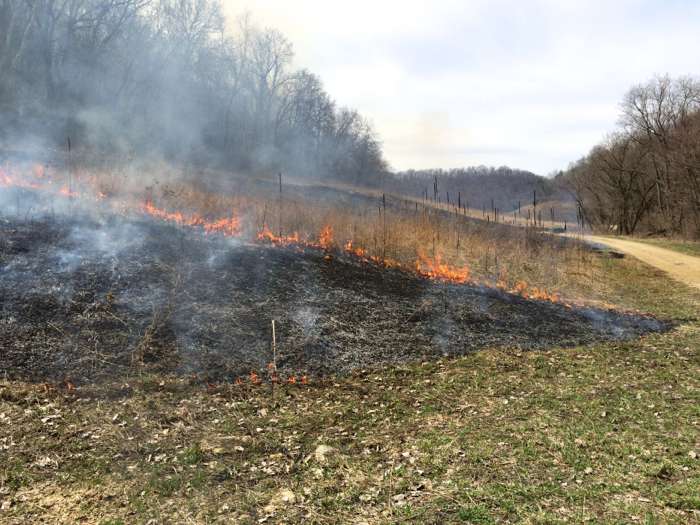 The next day – a very successful burn. 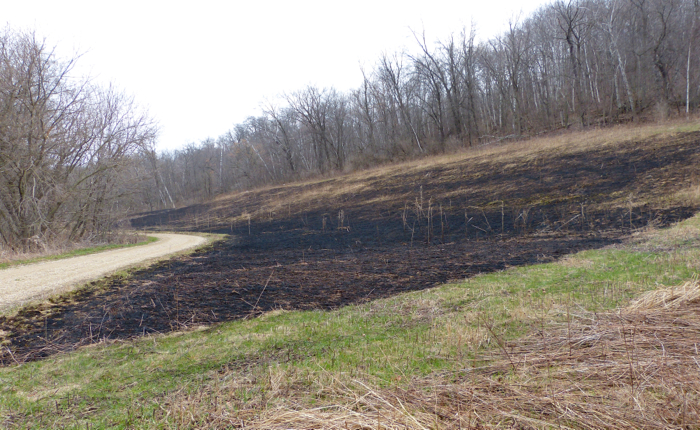 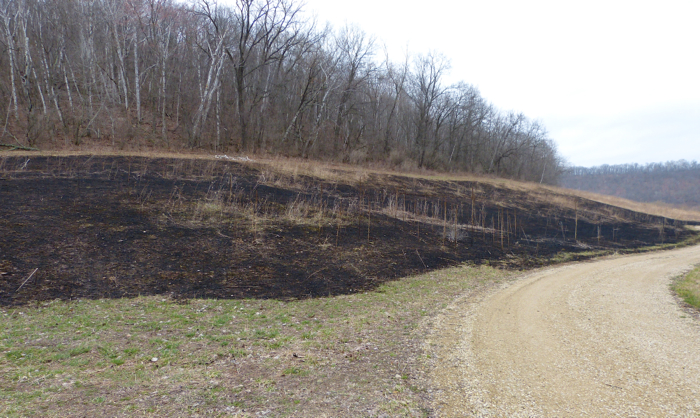 Our battle against frac sand mining is still going on.  For the last month and a half we’ve been going to one meeting a week – a different mine each week.  Most of the meetings are about whether to allow a mine to get a permit to operate.  The one in this photo was about whether to allow this mine to dramatically change the rules under which it operates.  The meetings usually involve a site visit – so here we are standing in the cold rain looking at a sandy hole in the ground. 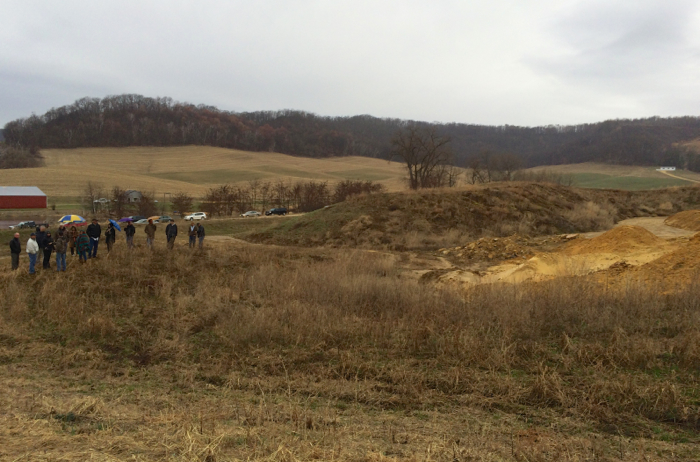 This mine has dug several large holes, and completely destroyed a bluff, and hasn’t yet done any reclamation. 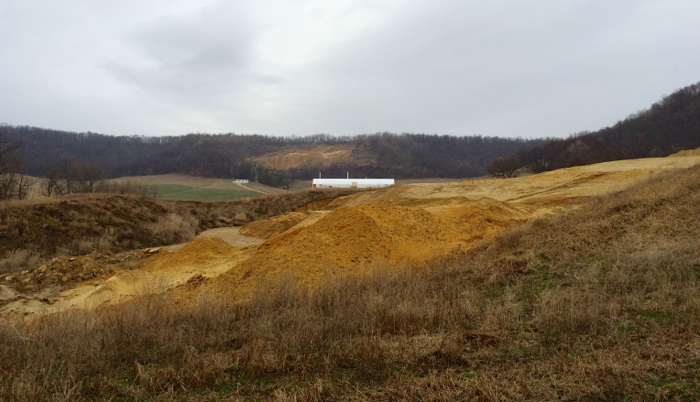 I’ve only had a few good mothing nights – most have been too cold or too windy.  Here are a few of the moths I’ve seen so far.  Click HERE to see the rest of the species I’ve seen this month.

An unusual color pattern for this one – Spring Cankerworm 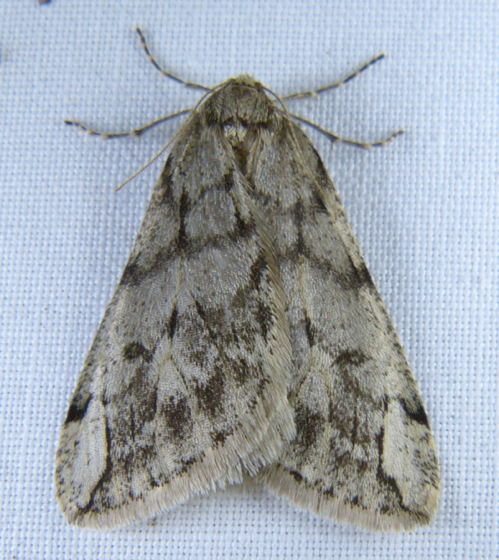 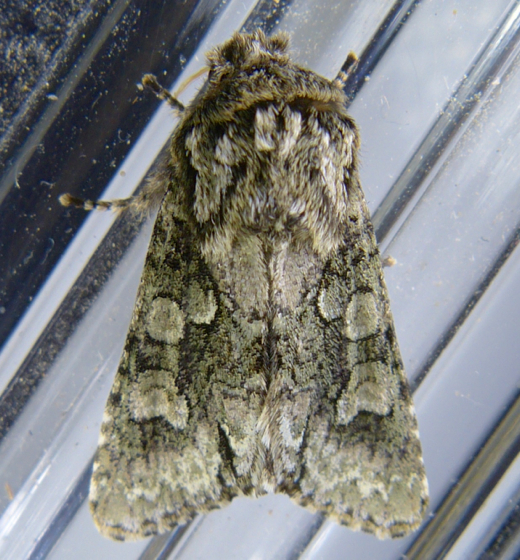 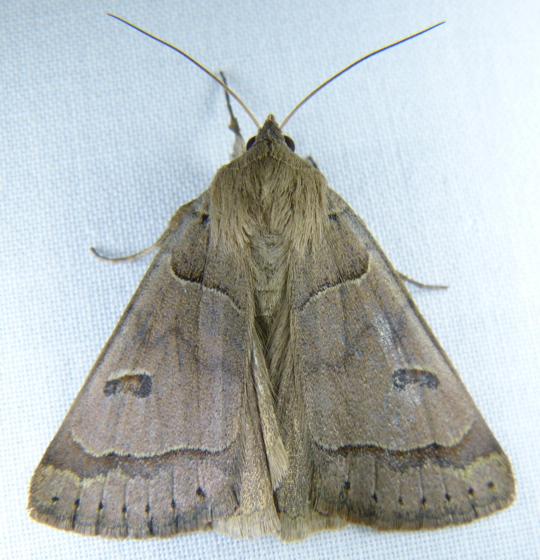 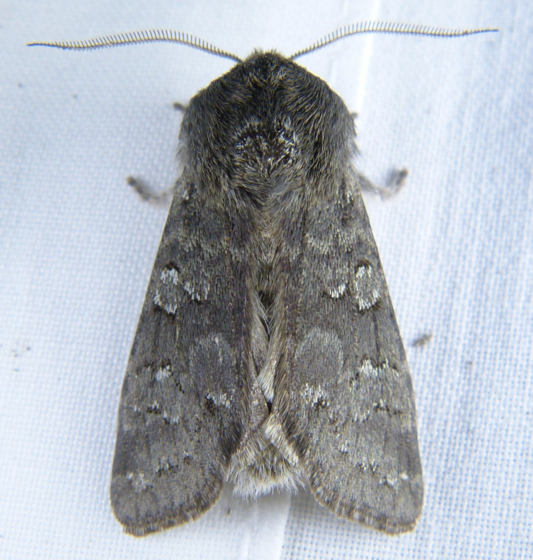 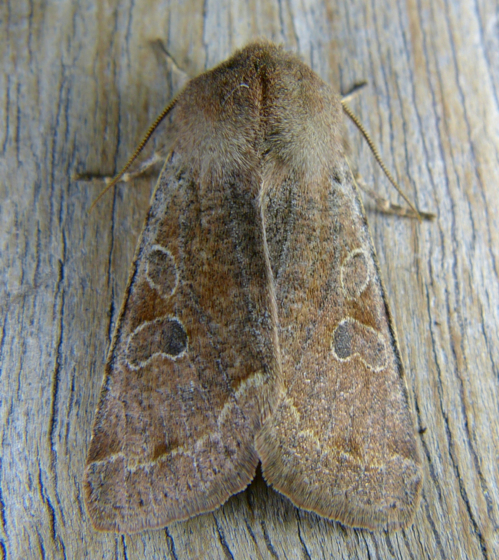