I had hoped to be able to say “it’s spring!”, but spring isn’t quite here yet.  We’ve had a few warm days, and it’s gradually warming, but we still have snow and it’s not really warm enough to work outside most days.

The raccoons think it’s spring, though.  We’ve seen raccoons all winter, but now there are even more.  I hear their arguments outside our windows at night, and see their pictures on the wildlife cameras. 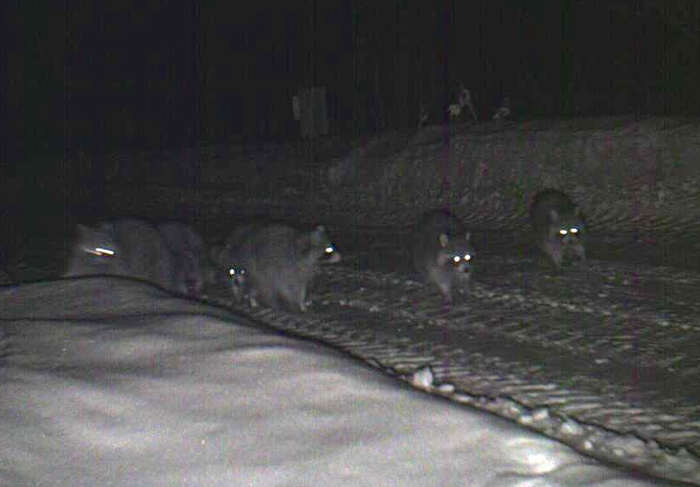 The snow is melting slowly so the creek isn’t flooding at all. 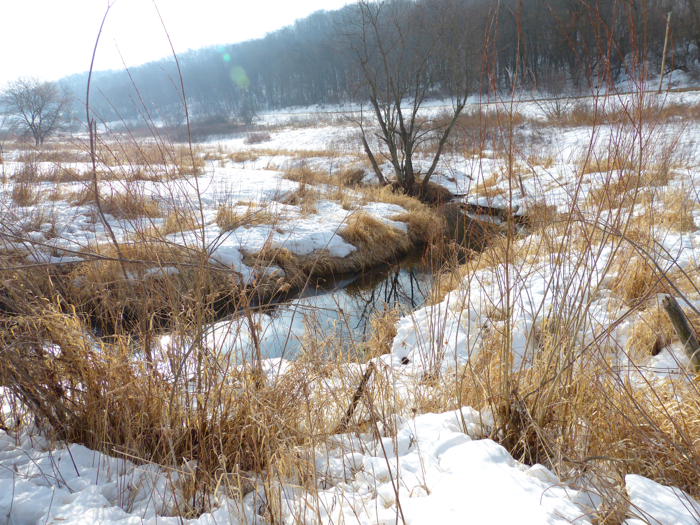 Spring driveway – squishy but no snow 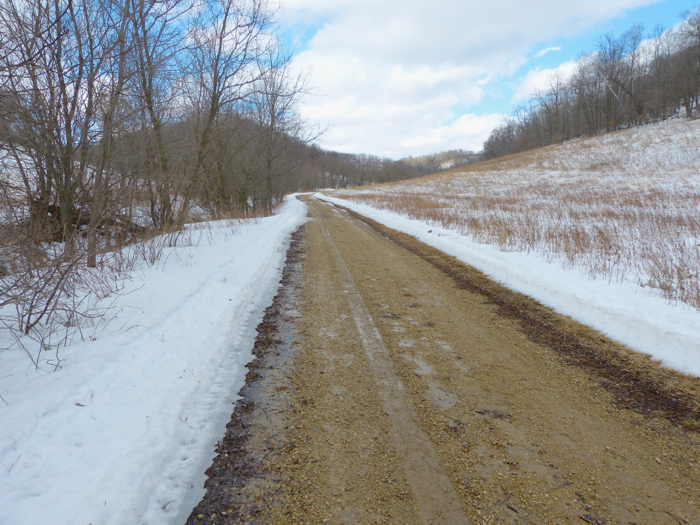 It’s wonderful to see and hear water dripping off the rocks behind the house – not every day, but on warm days and in the sun. 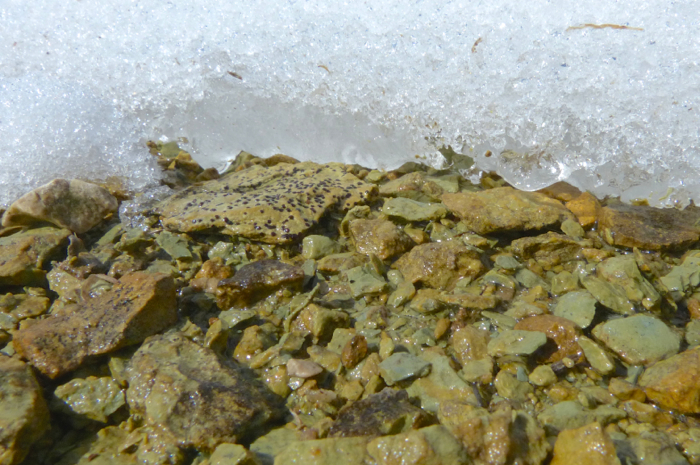 I’ve finally seen some caterpillars on the road.  In normal winters we see them on any day that gets above about 20 degrees F.  There haven’t been so many warm days this winter, and even on those days I haven’t been seeing caterpillars.  I wonder if it’s because we have such big piles of snow along the road.  The caterpillars hibernate on plants near the ground, and they may have trouble getting out if there’s a thick solid bank of snow above them.  This is a Ctenucha Moth caterpillar – the adult has velvety black wings and flies in the summer during the day. 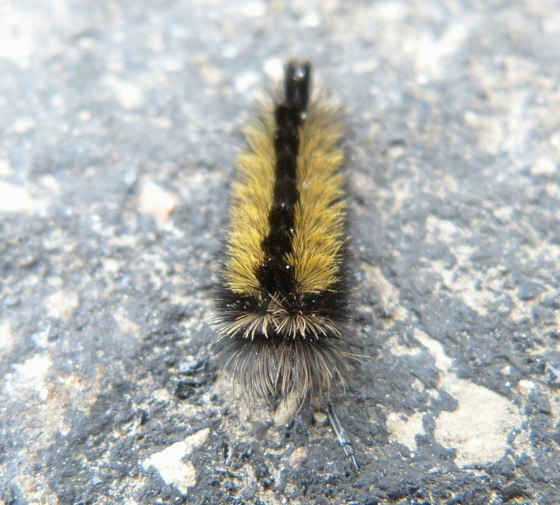 A Northern Shrike – a songbird that catches and eats smaller birds.  They spend the winter here, and their summers farther north.  This week they’re starting to sing – today I stood almost directly underneath one and listened to its warbling song. 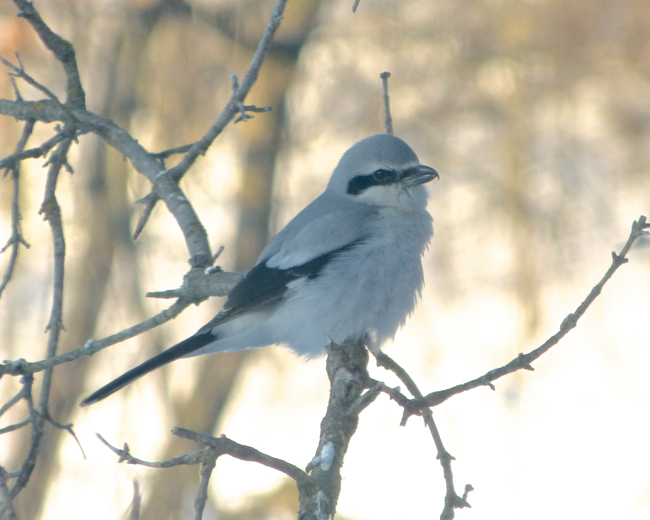 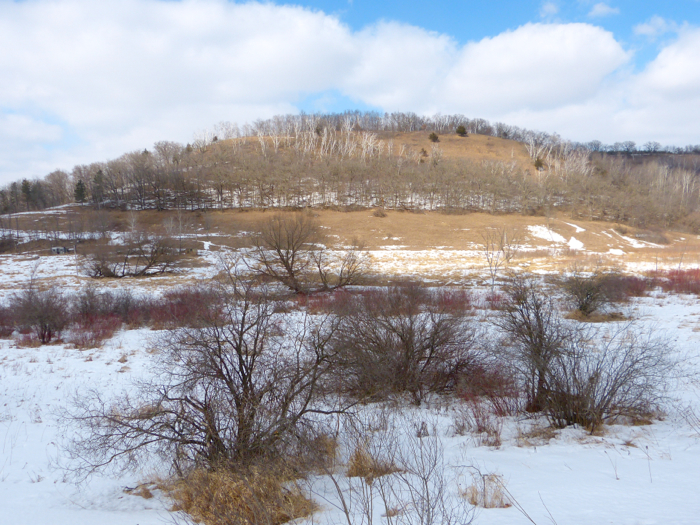 And the first ‘flowers’ of the spring – Sandbar Willow.   I’ve actually seen these fuzzy flowers since mid-January, but the first ones to bloom are always way at the top of trees and I can’t get close enough to photograph them. 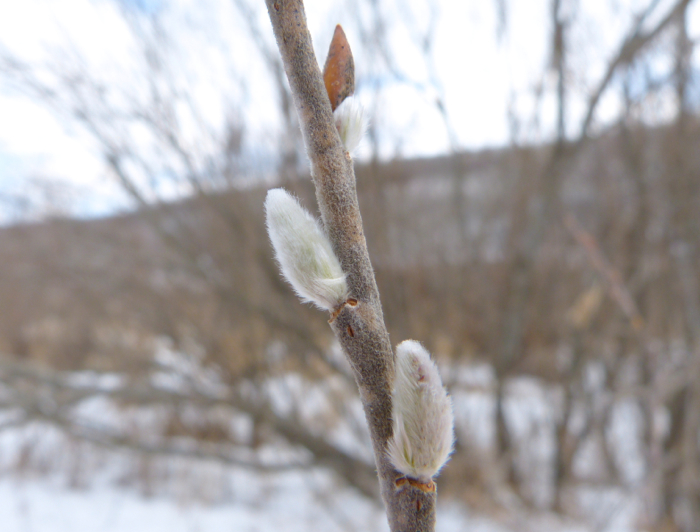