I haven’t been taking many photos because it’s so cold – too cold to have my fingers out to work the camera, and probably a bit cold for the camera to work too. This is the longest winter cold spell I can remember – the temperature has been getting down to around -25F at night, and sometimes up to as much as +18F on a sunny afternoon.  Brrrr…..

We haven’t had much more snow – a few little storms, and some dramatic windy days. One day was so windy that there were snowy whirlwinds swirling across the prairies. I tried taking photos but the snow moved too fast. They must be Snowdevils – like Dustdevils except made out of snow. The only good picture I got was from one of the trail cams. 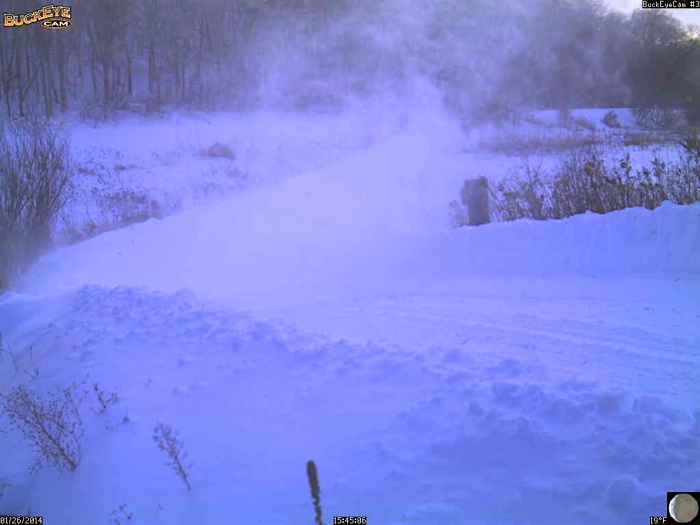 Another trail cam photo – deer racing along the Knife Edge 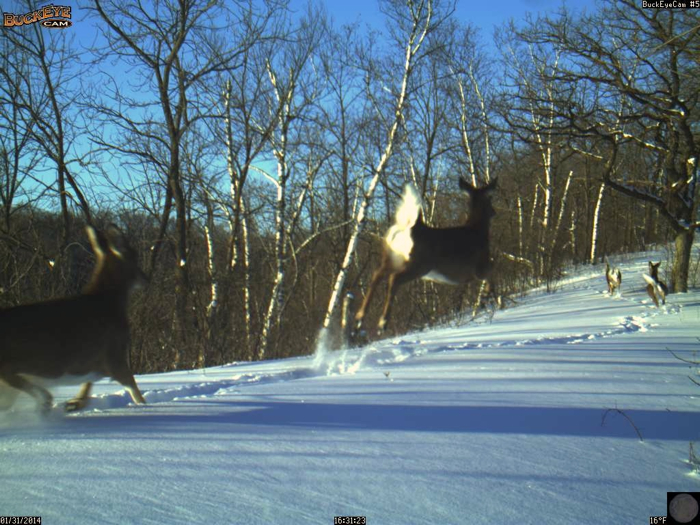 More deer by the Knife Edge trail cam. It was warm enough to be outside on snowshoes that day, and these two didn’t want to move – they waited to run until I was very close. 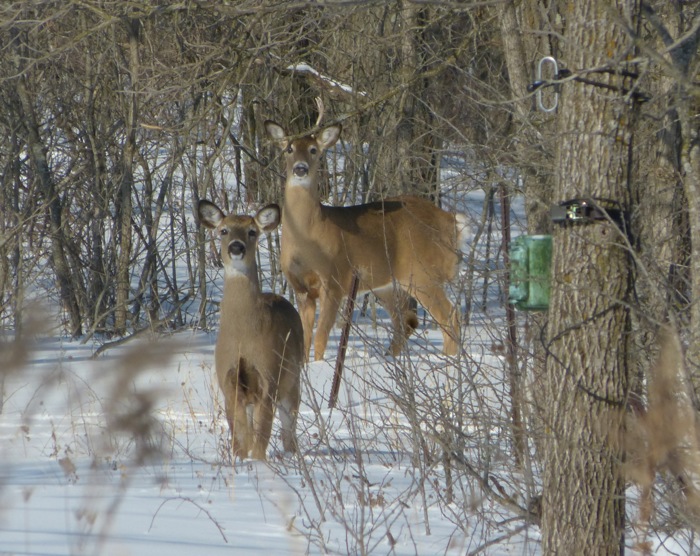 We still have a Great Blue Heron visiting the creek and the beavers’ pond. 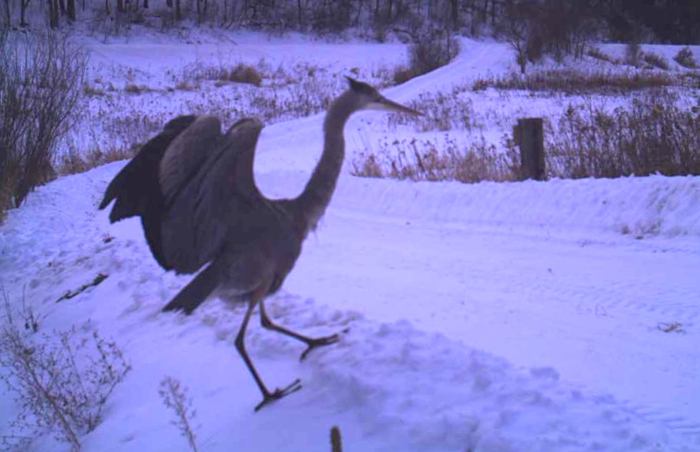 A Northern Shrike hunting in the bushes below our birdfeeders.  I see Northern Shrikes several times a week during the winter. The small birds fly away or freeze still when they see a shrike coming. The only small birds that don’t seem to be afraid are the Chickadees. 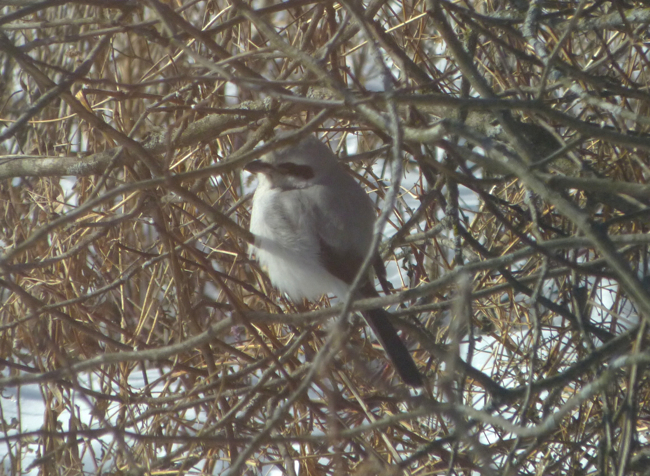