The new year has brought a us a lot of cold weather.   It was -18F when we got up this morning, and it’s managed to get up to -5F on this sunny afternoon.  So we haven’t been spending much time outside.  We still walk twice a day, unless it’s very windy, but that’s about all. 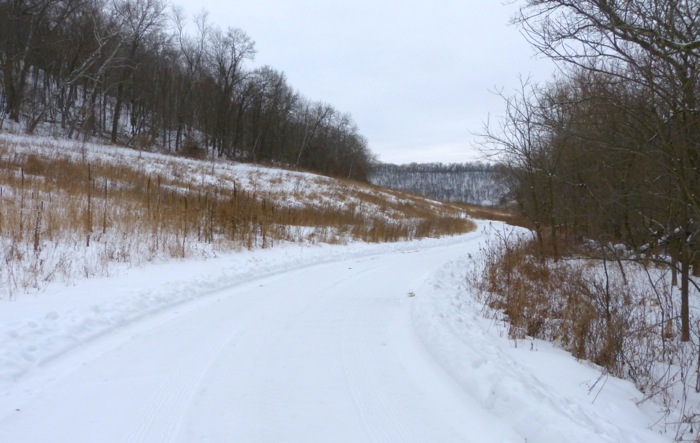 We did have a few days last week when it was warm enough to go snowshoeing.  I walked up the bluff behind the house and visited last fall’s savanna clearing project. 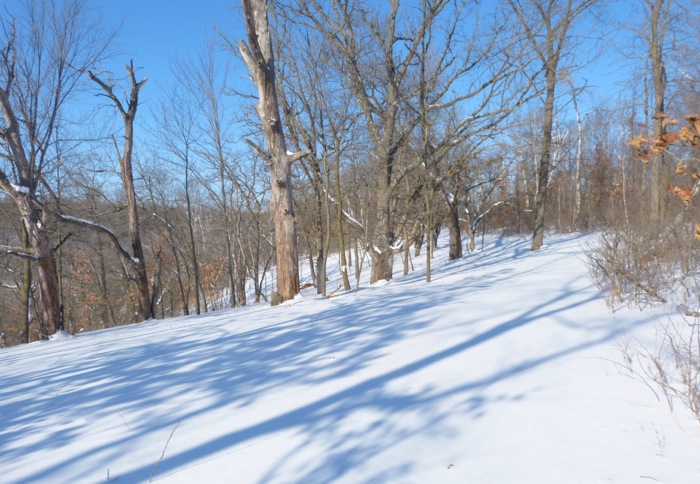 And then walked along Buffalo Ridge. 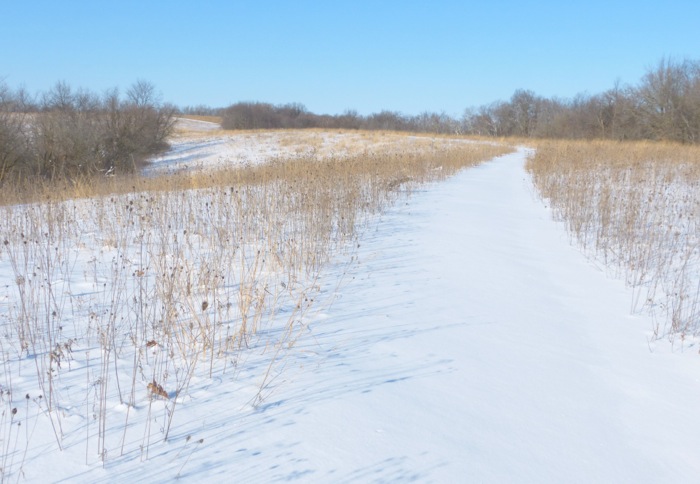 It was pretty windy on the ridge, so I headed down into the woods.  I found an animal den in one of the hollows. 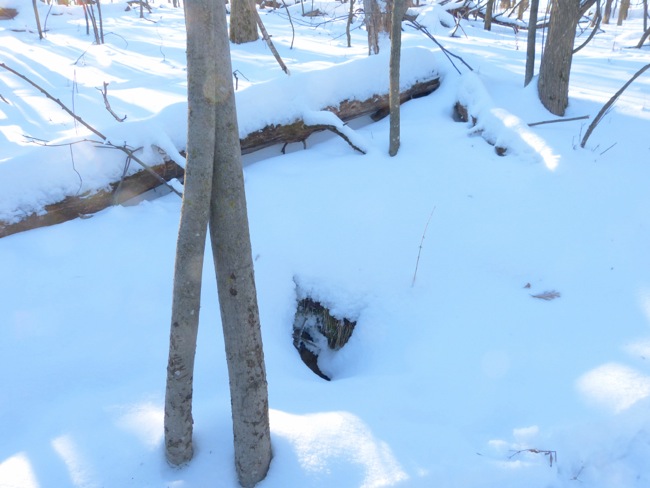 The den was about 12 inches in diameter, and it had ice crystals around the edges, showing that warm air was coming out.  (When we had woodchucks living in the cliff behind our house, we could always tell which holes were occupied in the winter by which ones had rims of ice crystals.)  There were no tracks around this den at all, so the animal must be one that hibernates completely during the cold months. 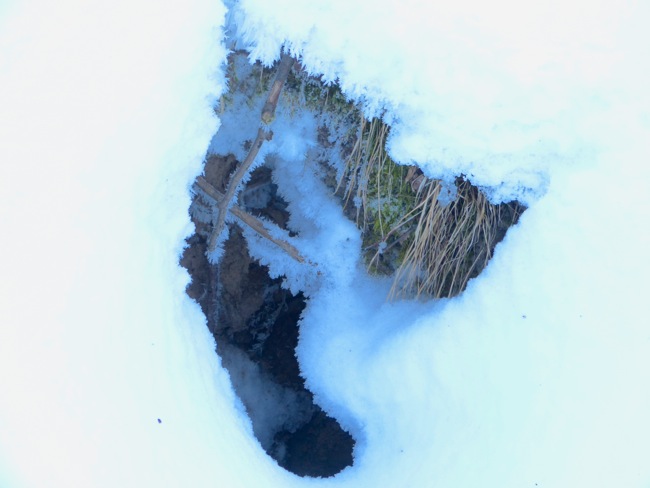 On warmer days we sometimes find spiders or insects in the snow. 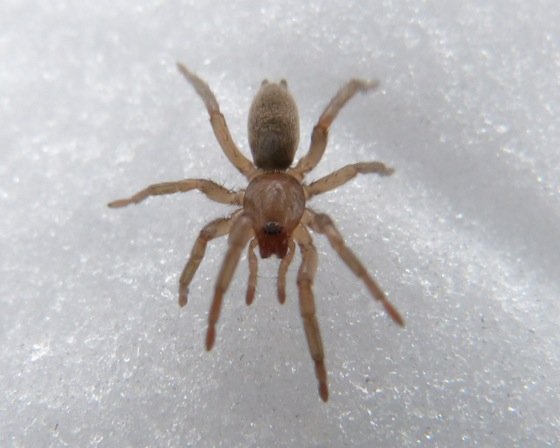 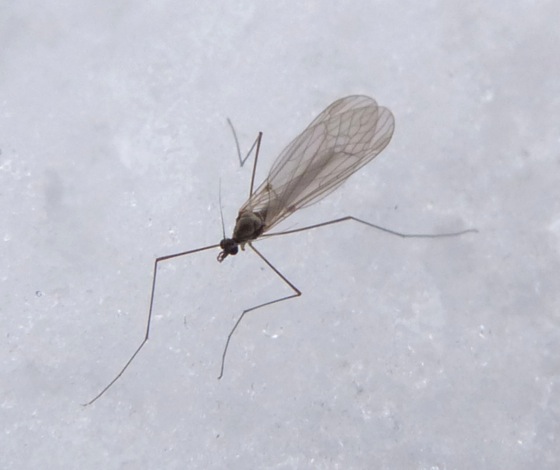 3 Bald Eagles in one of the trees at Willow Bend 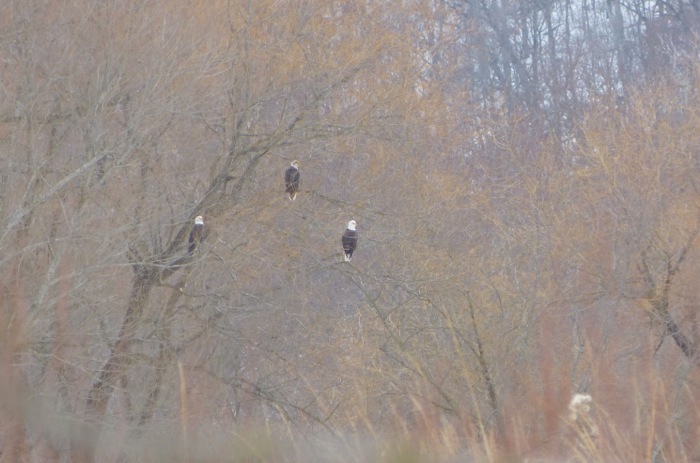 We’ve also had a Great Blue Heron visiting our creek.  It usually comes by about once a week.  Here it is on January 23. 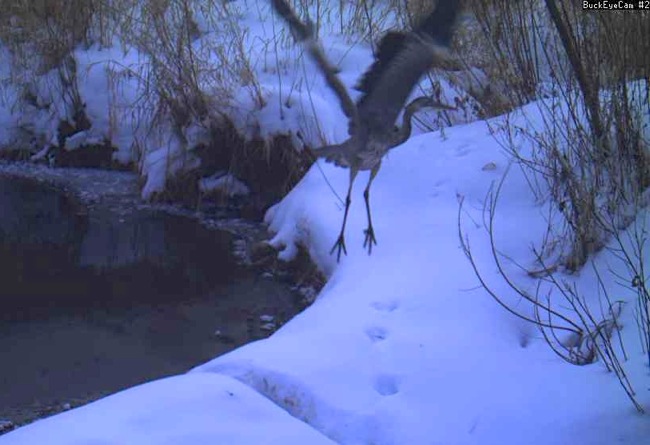 We did the Golden Eagle count last weekend.  Unfortunately, Saturday turned out to be terrible weather for birding.  Lots of people braved the bad roads and poor viewing conditions, and they did see eagles.  Mike and I did our counting on Sunday, when the roads were cleared of snow, and the sky was clear.

The results from our part of the count:
Golden Eagles – 7
Bald Eagles – 23
Red-tailed Hawks – 5
American Kestrel – 1

(I’ll post the totals from the whole count once Scott announces them.)

Quite a few people made it to the After-the-Count Party at our house.

Scott – organizer of the count 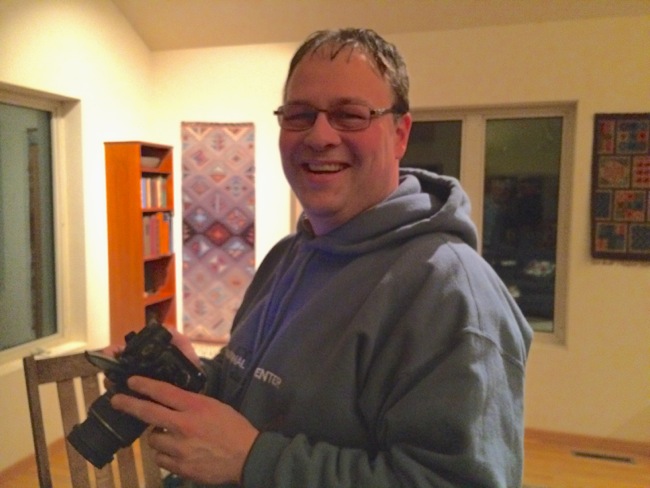 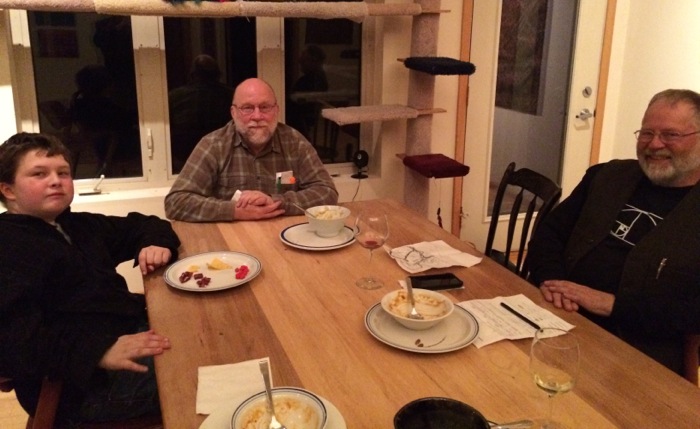 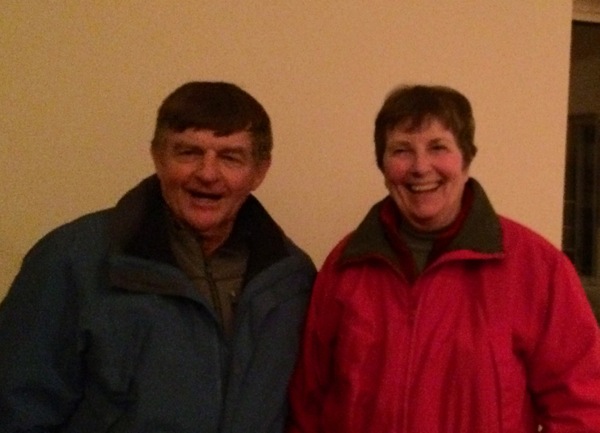 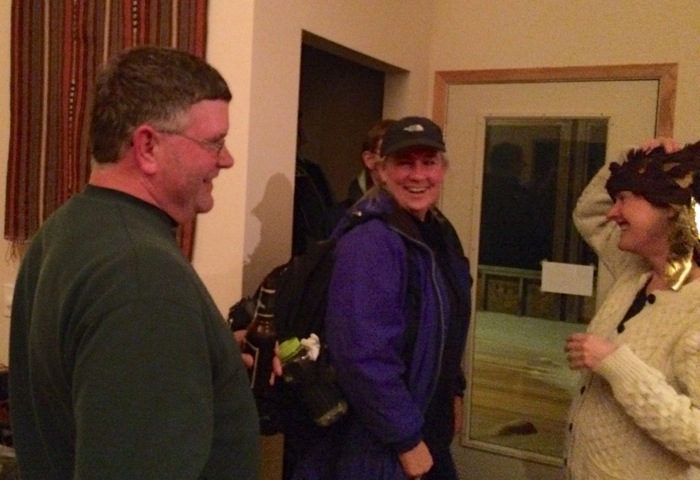 Here are a few more scenes from our winter walks.  This is East Center Valley Prairie, looking north. 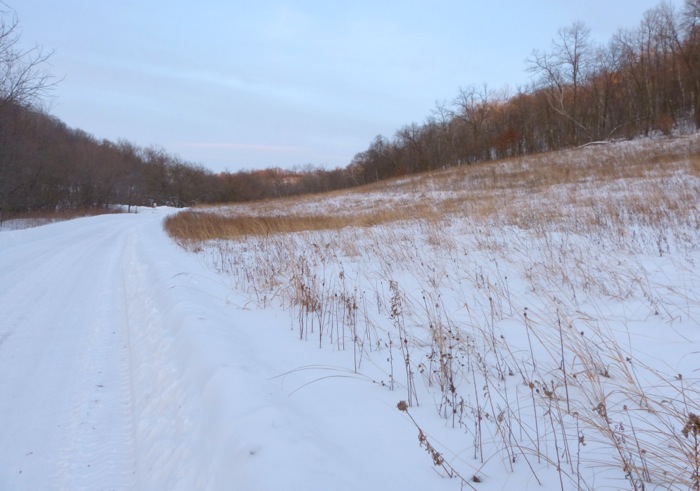 Also East Center Valley Prairie – taken from the same place but looking south, toward the road. 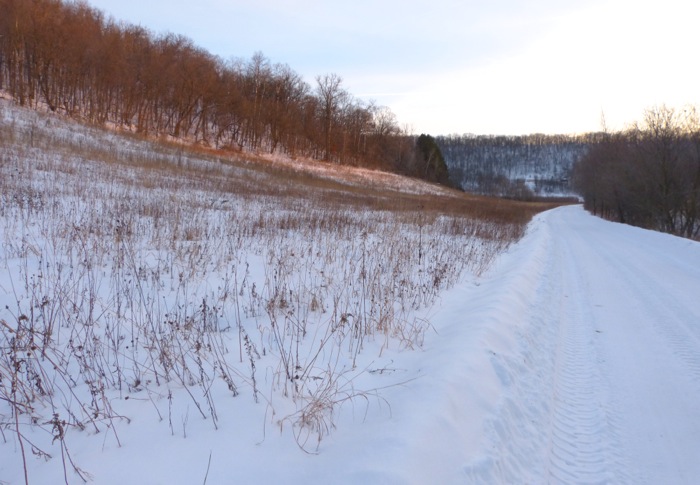 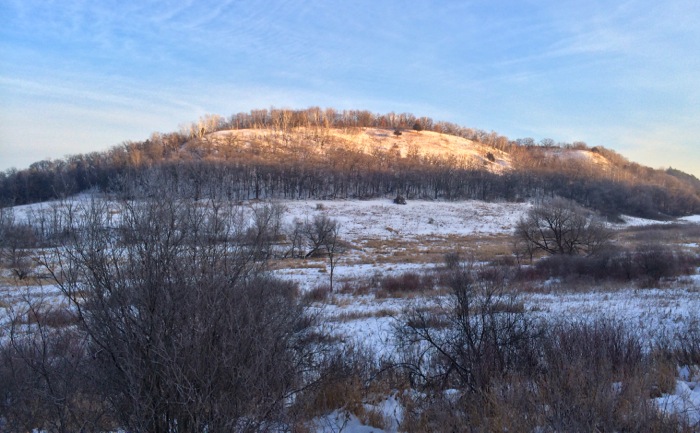