Spring has finally arrived – alternating between hot summery days, and cold windy ones.  Today it’s sunny, with a cold north wind, racing clouds and a few snow showers.  But I found Rue Anemones blooming in the woods. 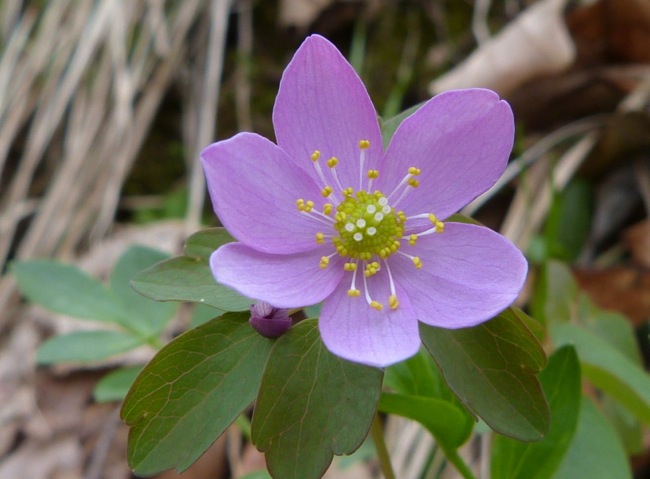 Everything is about a month later than last year.   We’ve had colder temperatures, and more snow this year.  These pictures are from the last – we hope – snowstorm, on May 2nd.  I think we got about 11 inches – hard to measure because it was so wet and heavy.  I would measure it; then it would snow like crazy for a few more hours; but when I went to measure again, it had only gotten about 1/2 inch deeper.  This is the driveway, looking through the willows. 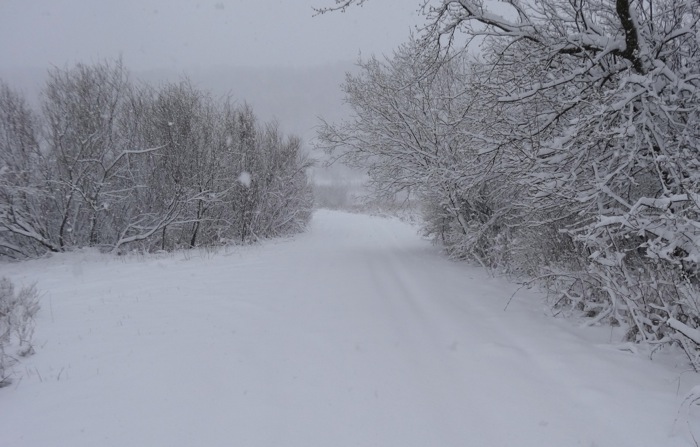 The creek in the snow 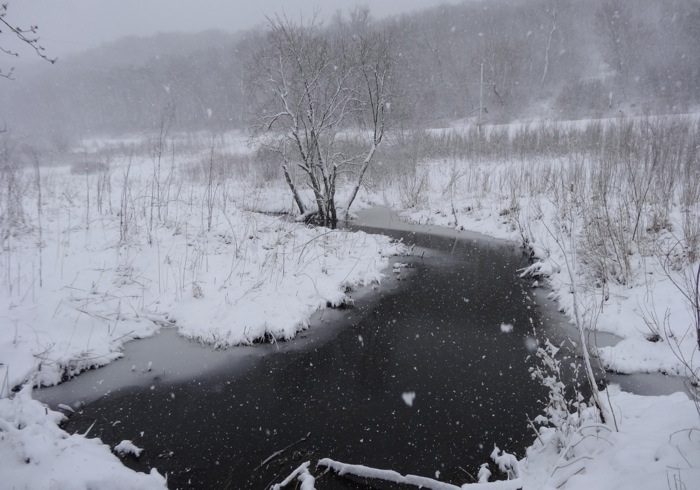 The road at 9:30 that morning – this is the road they plan to drive sand trucks on??? 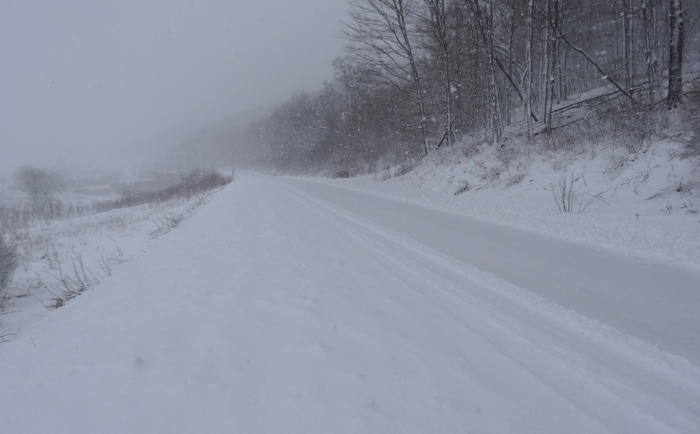 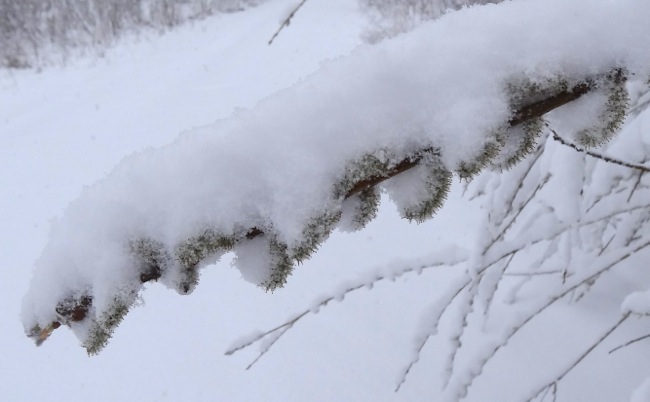 Rose-breasted Grosbeak – looking like he’s wondering why he decided to come back to Wisconsin.  Hummingbirds and Orioles have arrived too, but they waited until after the snow. 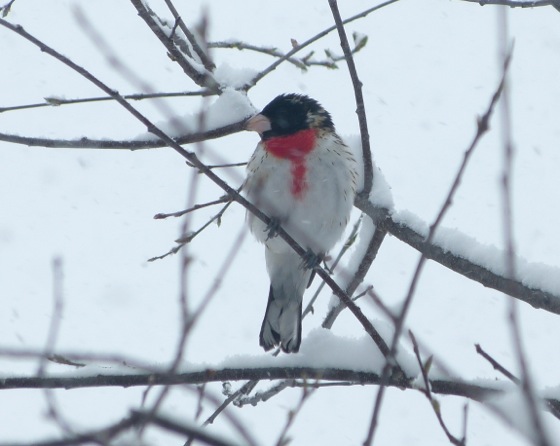 The snow was sliding off our metal roof in huge avalanches – they were very loud and shook the whole house.  The cats got tired of running for cover, and spent the snowy days in their cave behind the couch. 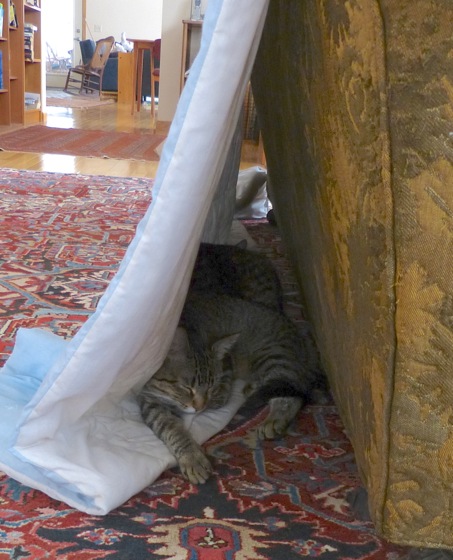 Two days later – May 4th – it started to melt.  By the end of that day it was all gone. 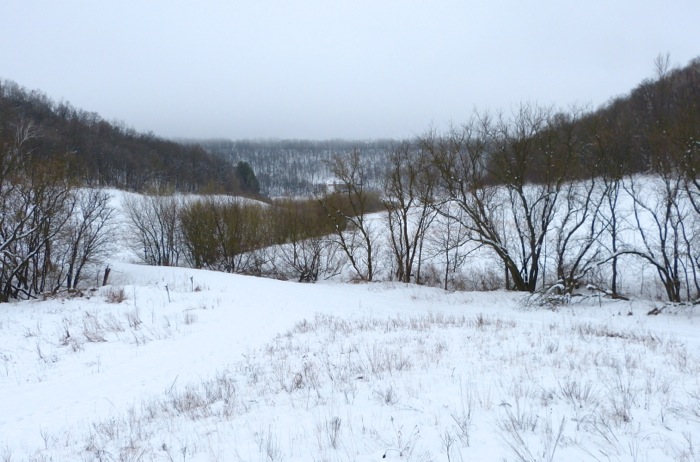 The flowers were ready to go…. willow flowers 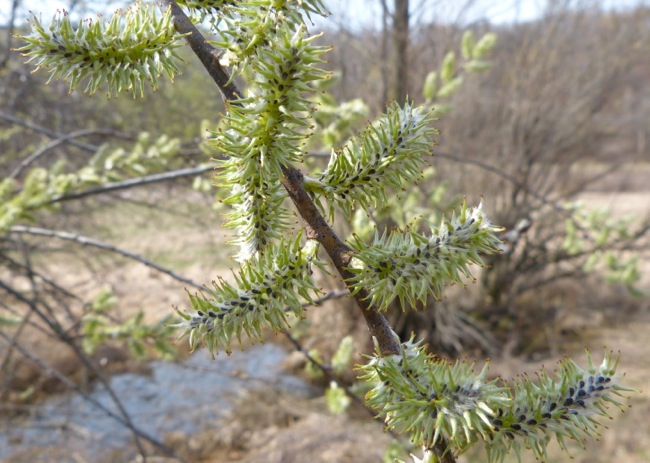 Common Whitlow Grass on Sumac Prairie – not really a grass, but in the Mustard family.  It’s usually the first non-tree flower I find blooming in the spring.  It’s an annual, and the whole plant is only about an inch high. 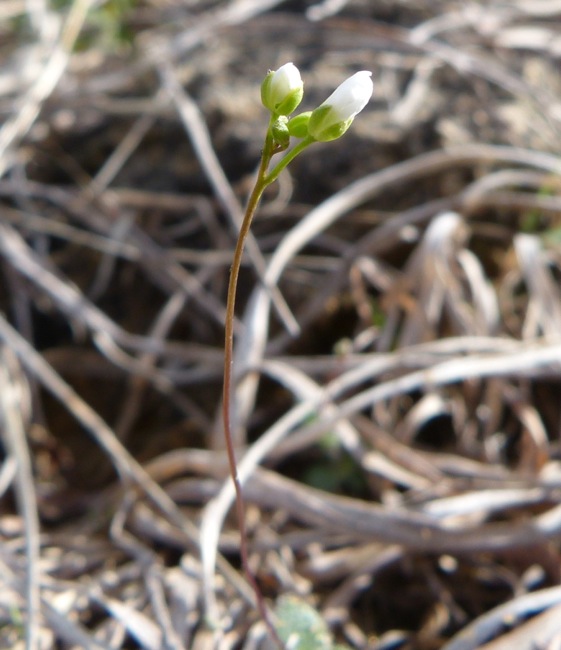 Sand Cress – another early flower on the sandy bluff prairies 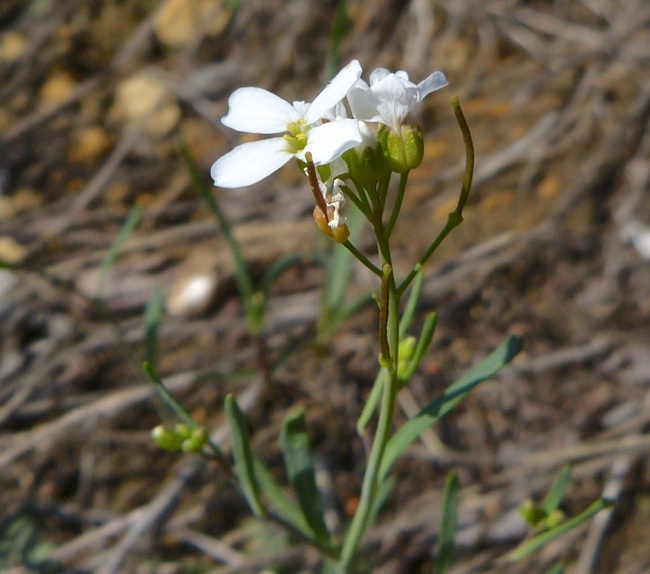 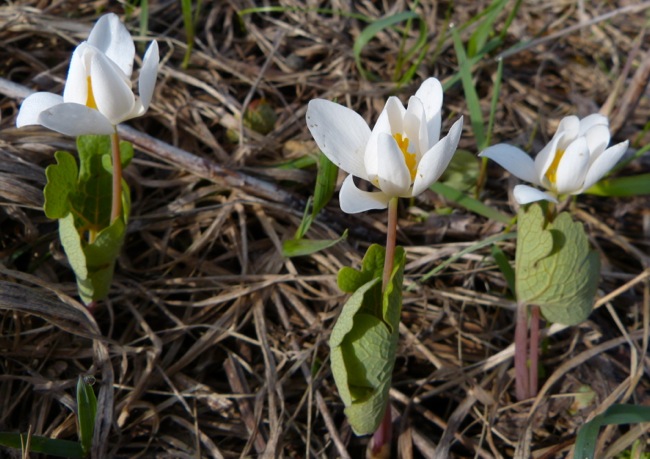 And the first butterflies – I’ve seen several Mourning Cloaks, and this Spring Azure. 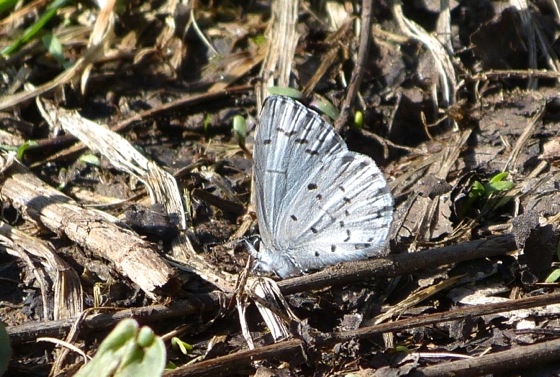 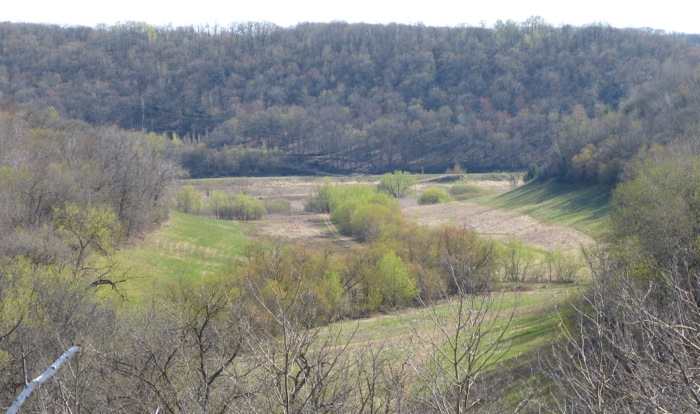 This is one of our black squirrels.   Black squirrels are a melanistic form of the more common gray squirrels.  In the 1600s and early 1700s in New England, the black form of these squirrels predominated.  But because of human hunting pressure, the gray form, which is better camouflaged, became more common.  This article tells the story.  We don’t see nearly as many squirrels at the farm as we do in the city – they have many more predators here – but about half the ones we see are black. 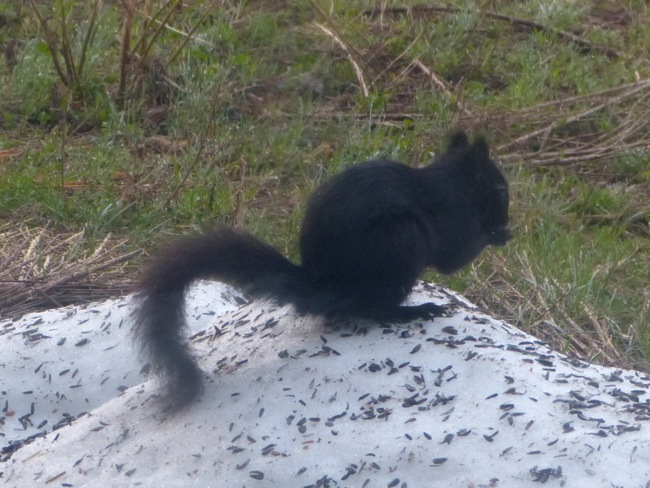 And, finally, the mothing season has started.  The moths are also about a month behind.  This is a Gray Spring Moth. 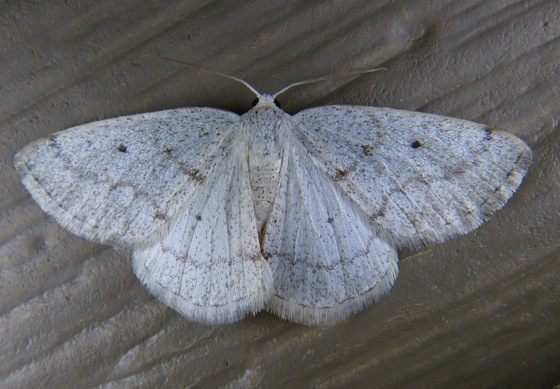 Reddish Speckled Dart – a new one for the farm 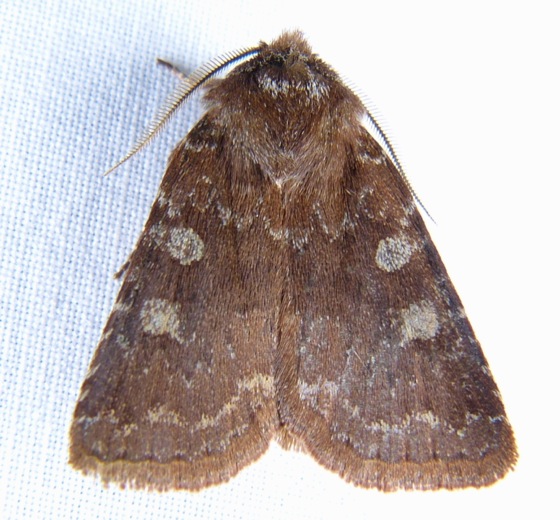 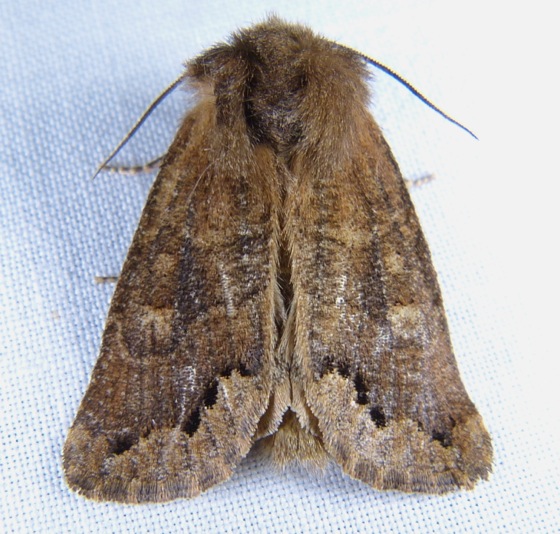 Another visitor to the moth lights – a Giant Water Bug.  They’re quite intimidating – 3 inches long with evil-looking pincers. 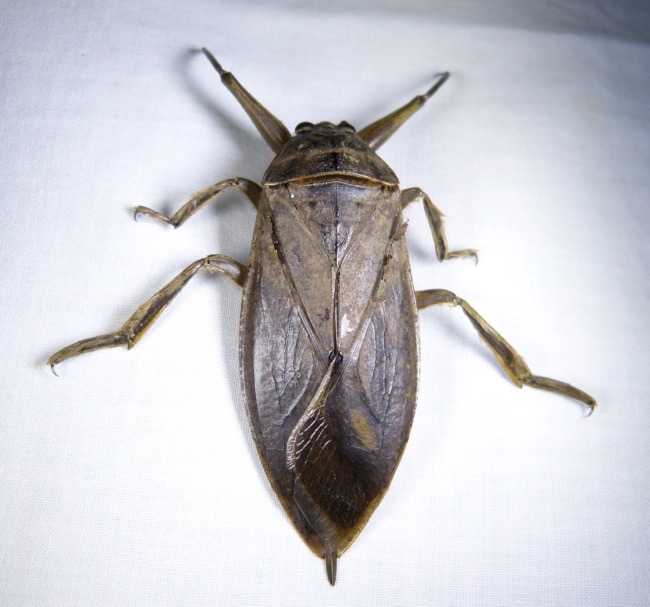