It still isn’t quite spring yet, but we’re getting closer!  We had several wet, heavy inches of snow last week.

Center Valley in the snowstorm 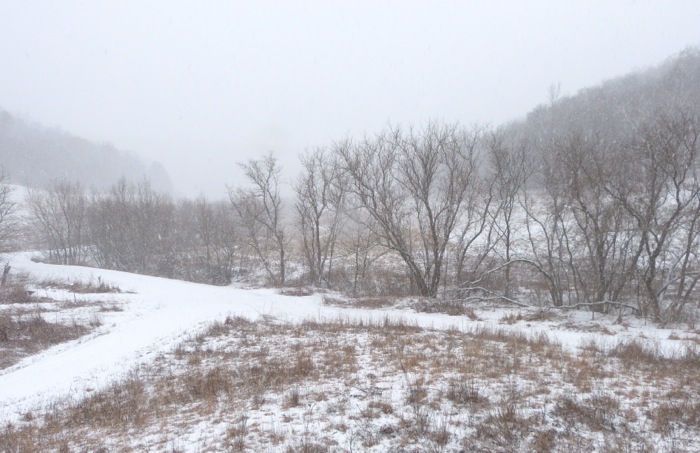 A few days later, I found crocuses in the yard of the old farmhouse, trying hard to bloom through the snow. 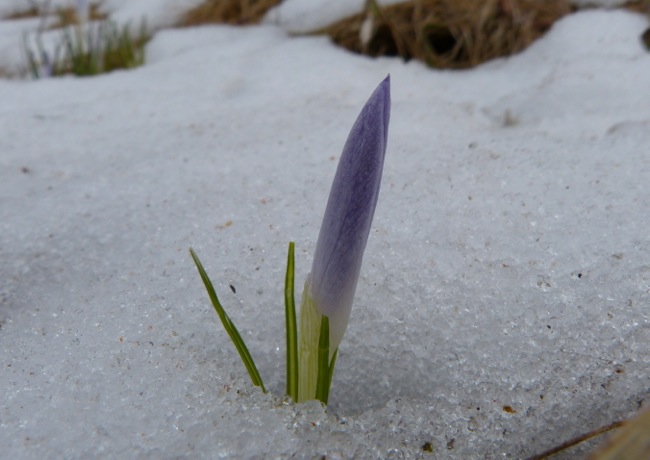 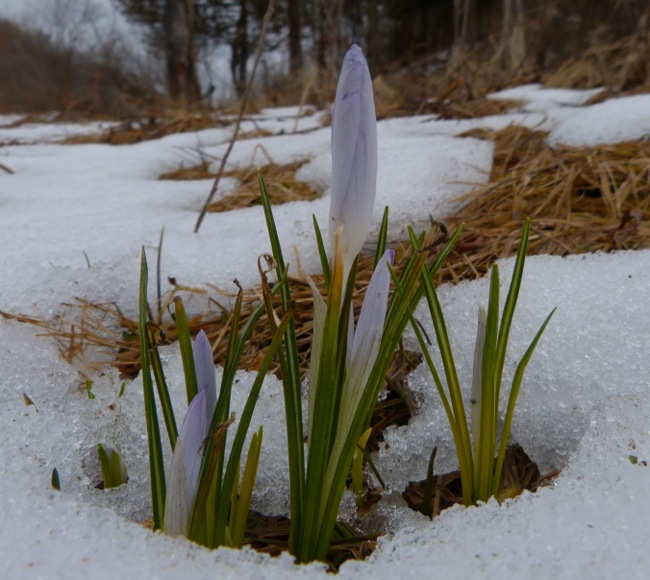 Later that day, the snow had melted around them, and they had opened their blossoms in the sun. 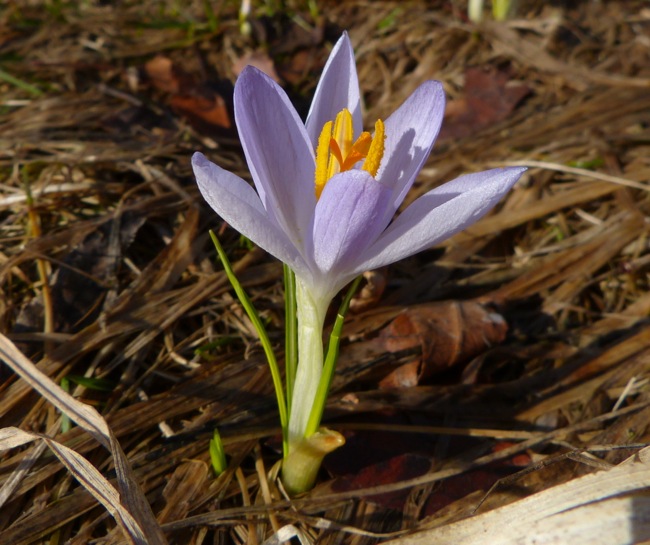 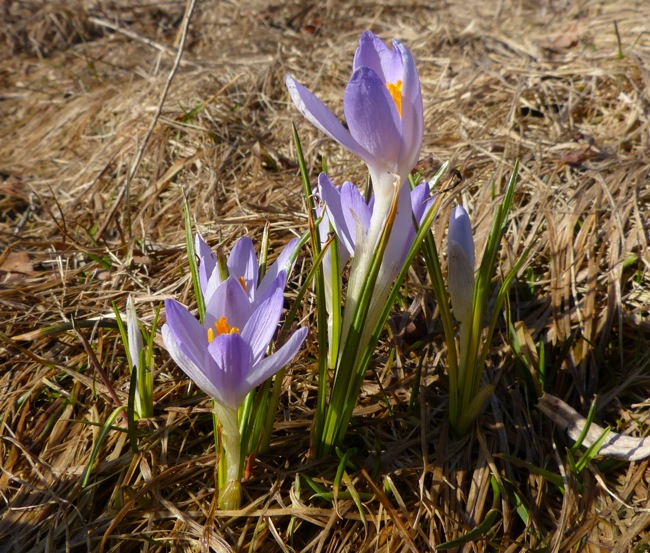 And the snow in the valley was almost gone. 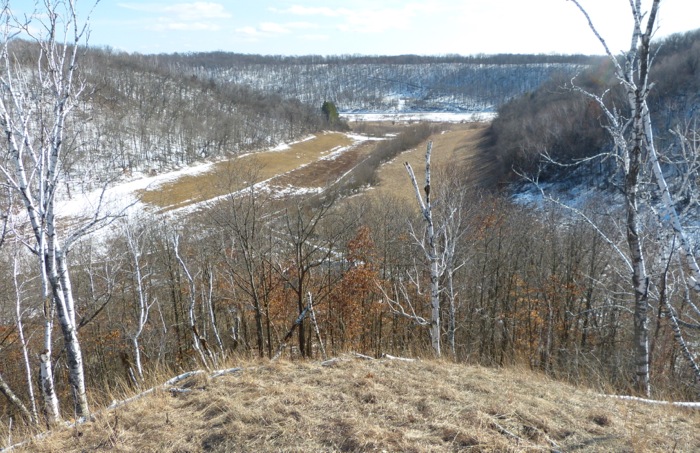 I always look for the first native flowers on Sumac Prairie – it’s a very steep south-facing slope, and it gets warm and dry before anywhere else.  These were the only green leaves I could find last week.  I think they’re the beginnings of some of the tiny native annuals that will be the first flowers to bloom. 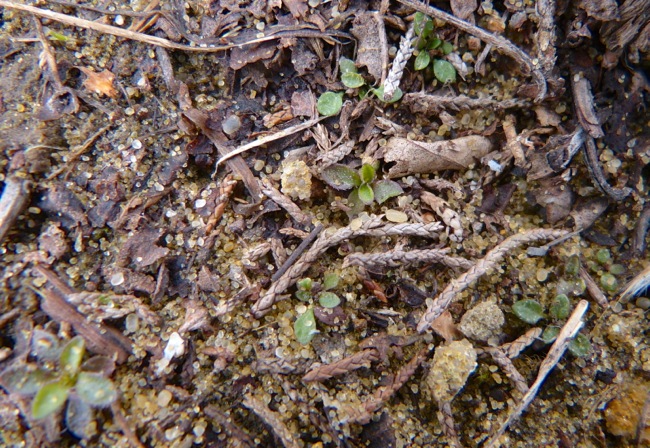 Now that we’ve got a wildlife camera looking at the creek, we’re realizing how much activity goes on there.  This is a pair of Hooded Mergansers – a species I’d never seen at the farm before.  They’ve been here all week, hanging out in the pond behind the beaver dam. 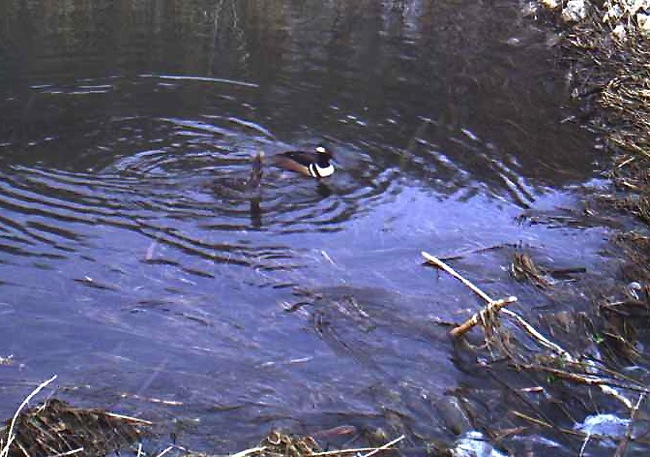 I’ve been thinking I’ve been seeing an Osprey – now I’ve looked at Rough-legged Hawks and I’m not so sure.  This one has been hanging around the wetland, and looks like it’s been fishing in the creek – so it may well be an Osprey.

We also have a pair of Belted Kingfishers – I hope we have enough fish to feed everyone! 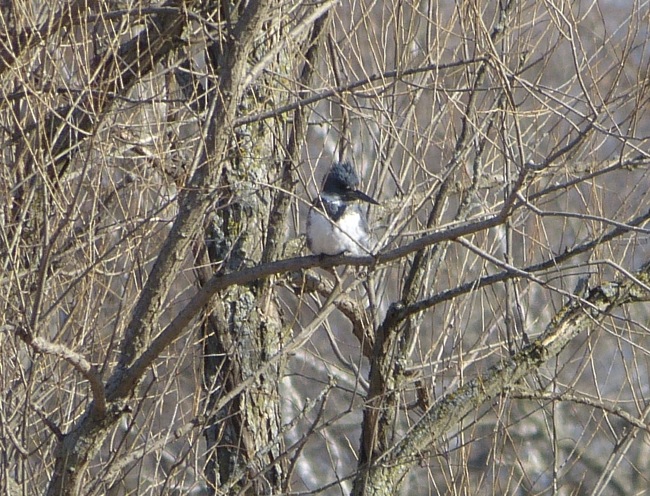 And finally, the woodchuck has emerged from the cliff behind the house.  A sure sign of spring. 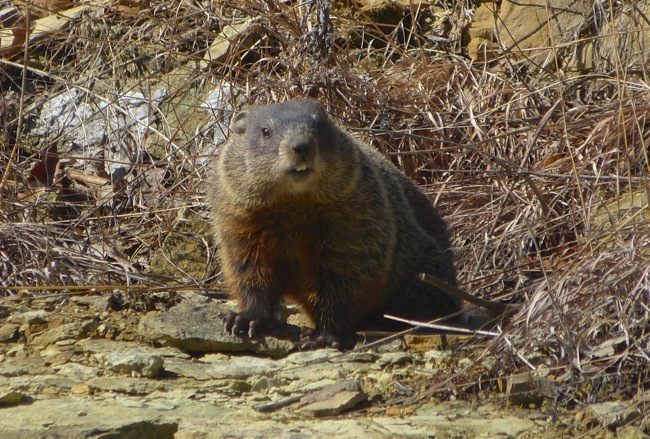