This has been a classic New Years week at the farm – snowy and cold, and lots of days with sun and brilliant blue skies.  Today was gray and a little snowy – but that means that the sun doesn’t blind me when I work on my computer in the morning.

Center Valley this morning – with snow 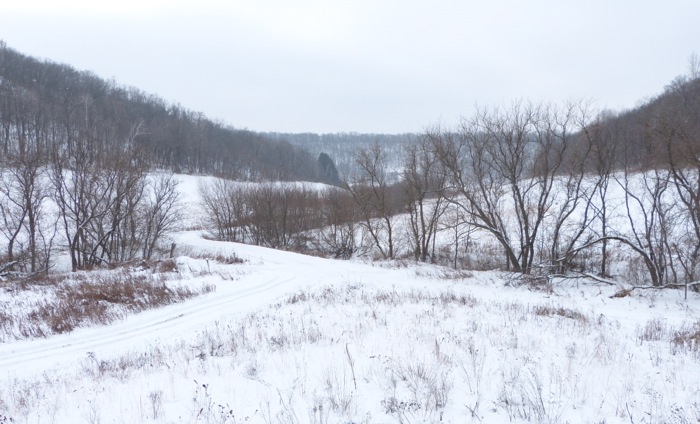 We’ve had some wonderful snowstorms in the last few weeks, so unless we have some very warm days, we’ll have snow cover for the rest of the winter.  The first big storm was December 9th – about 7 inches of wet sticky snow. 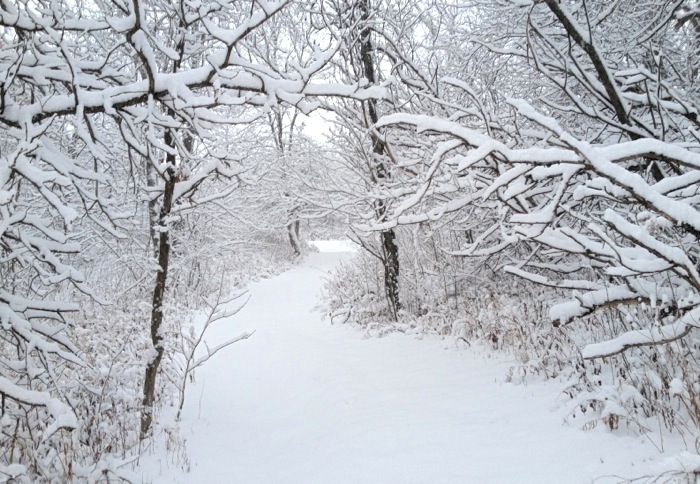 Then on December 20th, just as the first snow was starting to disappear, we had another 9 inches. 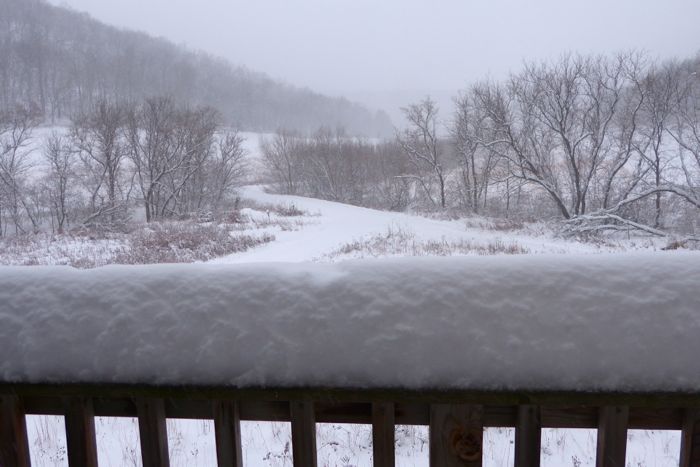 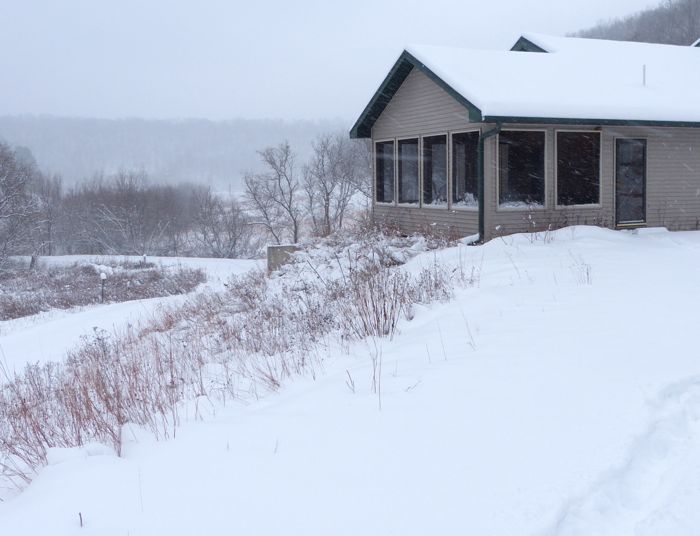 The cliff behind the house

We did some snowshoeing in 3 Finger Valley. 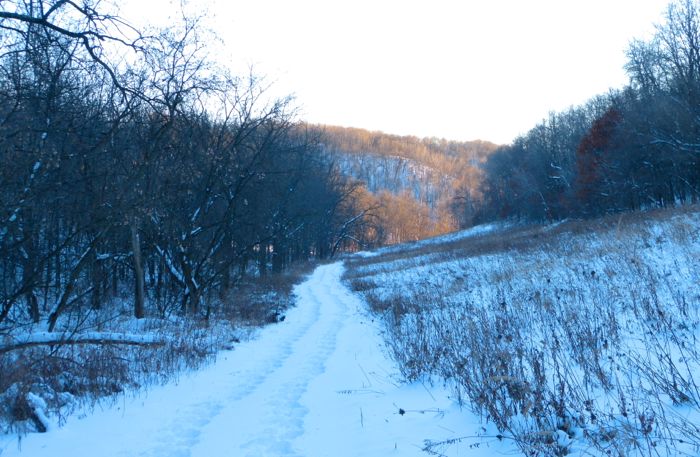 We enjoyed being snowed in for almost a week, but finally Mike plowed the driveway so we could drive out.  He even got to use the snowblower!  Some winters we haven’t had any snows that were deep enough to be able to use it – this time there was just barely enough snow. 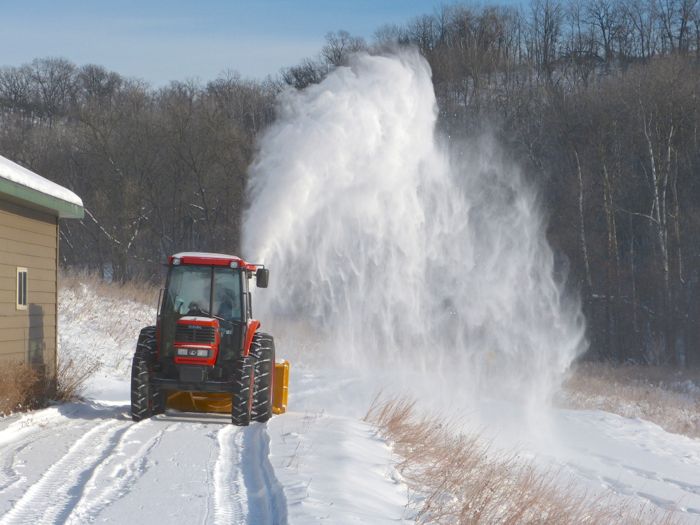 Here’s the snowblower going by – taken by one of the wildlife cameras. 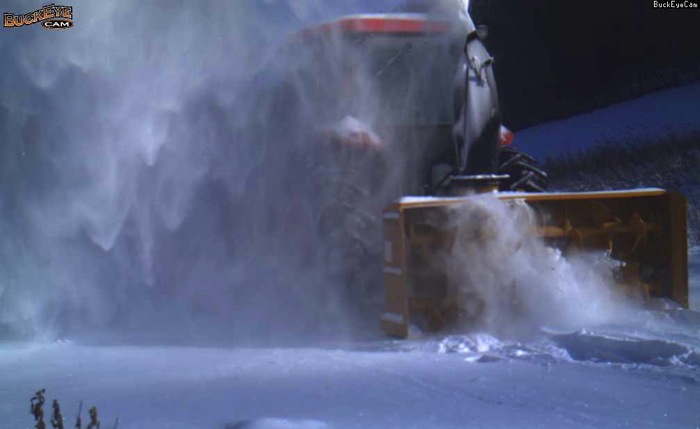 The birds have been enjoying the feeders on these snowy days.  This is a Yellow-bellied Sapsucker.  He’s a little far north for this time of year – most of the Sapsuckers have migrated down to the southern states.  This one showed up on December 10, and is still here as of January 3. 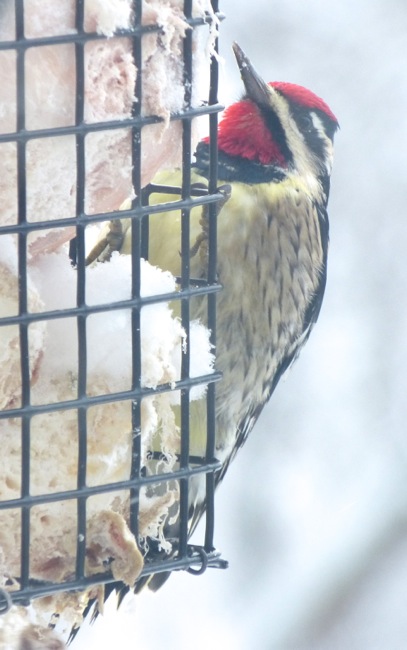 The Sapsucker again.  He mostly hangs out on the peanut feeders. 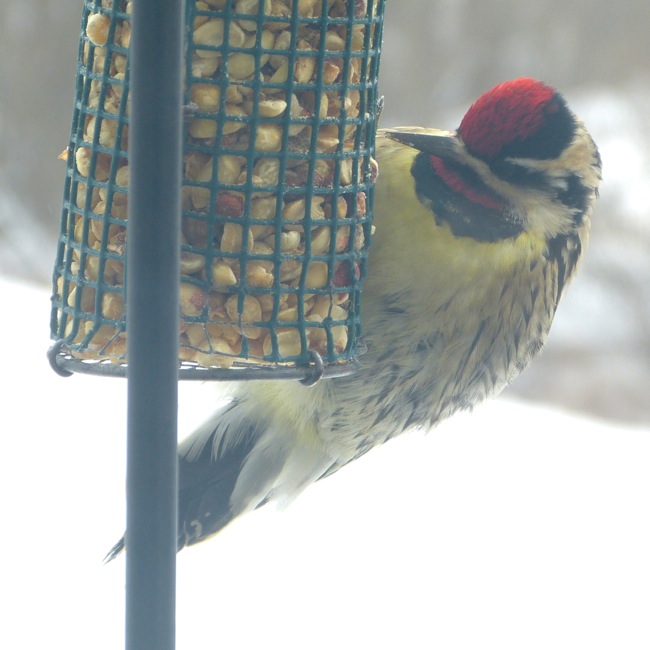 The birds’ favorite feeder is a flat, open one, with sunflower seeds.   It’s teeming with American Goldfinches, House Finches, and a few Common Redpolls. 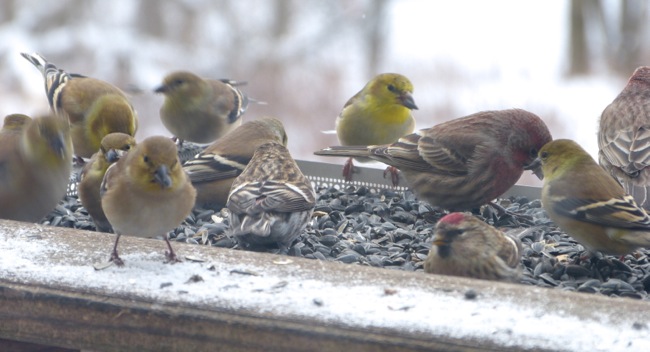 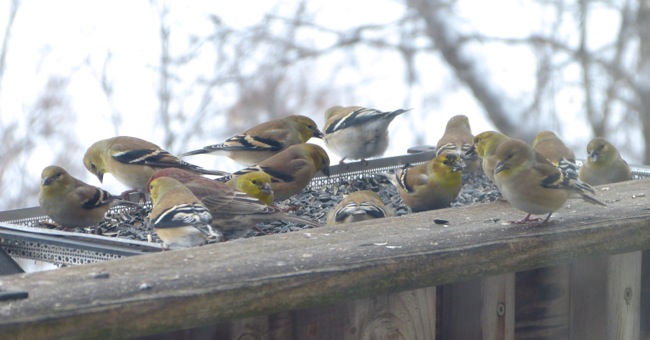 We’ve also been seeing Golden Eagles, Northern Shrikes, Belted Kingfishers, and a few Rough-legged Hawks, as well as the usual winter visitors.  Not so many mammals right now – they may be asleep, or not traveling as much in the deep snow.   The only ones the animal cameras are catching are a few deer and an occasional coyote. 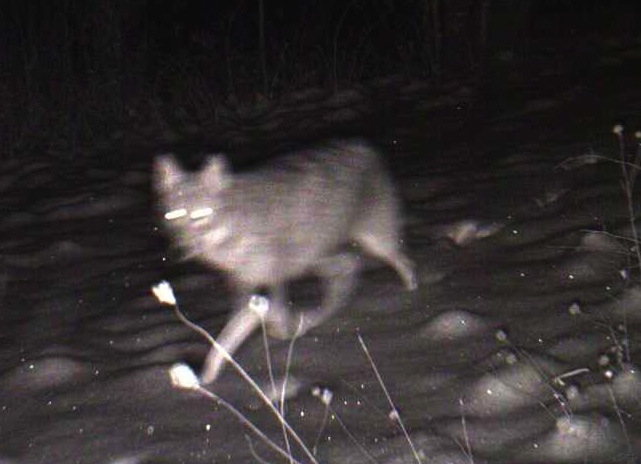 Sunset over Praag Valley, taken the evening just before the big snow 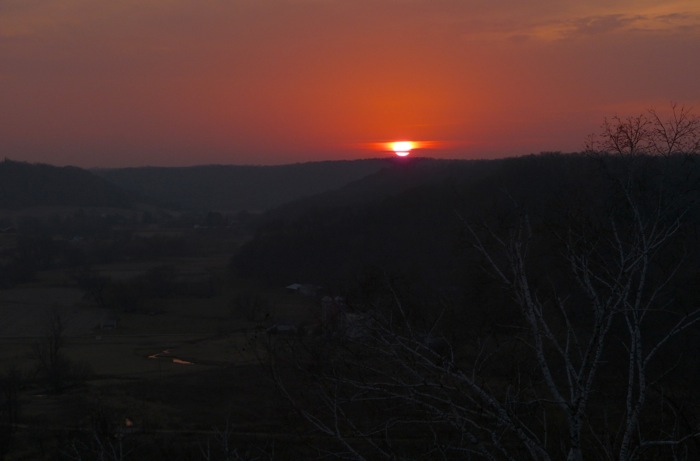