This is the second part of the story of the tides around the Bay of Fundy. But this is specifically about tidal bores – an unusual tidal phenomenon that only occurs in a few places in the world.

Tidal bores happen in places where there are high tides, and where the water is funneled into a bay and from there into the narrow mouth of a river. When the incoming tide comes to the river, it forms a wave that rolls up the river, changing the direction of the river’s flow.

There are several tidal bores that move up rivers at the eastern end of the Bay of Fundy. Since they depend on the movement of the tides, they can be predicted, and there are “bore tables” just like there are “tide tables”.

We saw two bores, on two different rivers. Because the tide enters the mouths of different rivers at different times, we were able to watch one bore move through, and then drive to another river, and watch that one – on the same afternoon.

This is the Shubenacadie River in Nova Scotia, on the south side of the Bay of Fundy.

I think the edges of the river are bare because of the salt water that comes washing up over them twice a day.

The bore coming up the river

This bore is a small one – just a small wave with a little froth at the crest. When there’s a new moon, the bore is larger and people rent boats and ride the bore up the river.

This is the bore as it came past us. The calm water of the river is becoming agitated as the tide pushes the flow in the other direction. 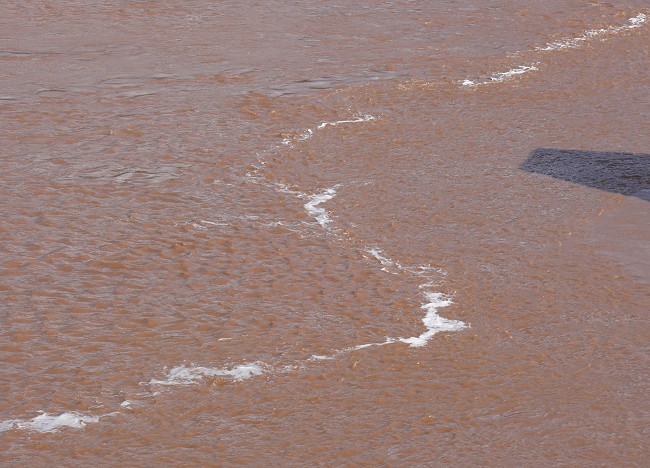 The bore moving up the river – with rapids forming behind the bore. 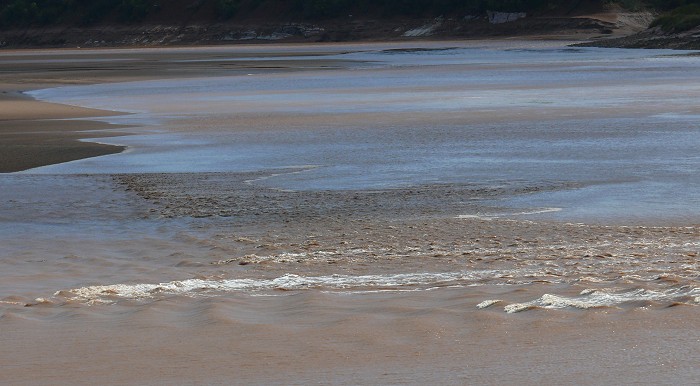 The bore has now moved as far down the river as you can see. The water is still turbulent because of the conflicting directions of the water flow.

The other bore we watched was on the Salmon River (there are lots of Salmon Rivers – this one was in Nova Scotia). We sat in a restaurant and watched through the window as the bore went past.

The river at low tide – just before the bore arrived.

This was a bigger bore. The wave was higher; it swept across the low beach and disturbed the gulls. 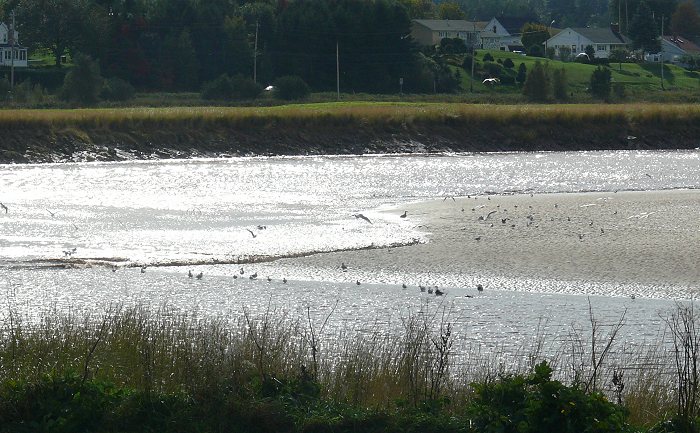 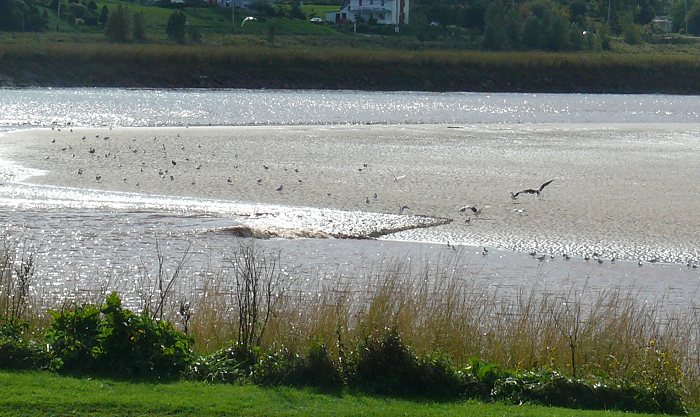 Finally, the bore was past, and the beach was covered with salt water.