The south shore of Nova Scotia is along the Atlantic Ocean and it’s quite different from the Bay of Fundy. 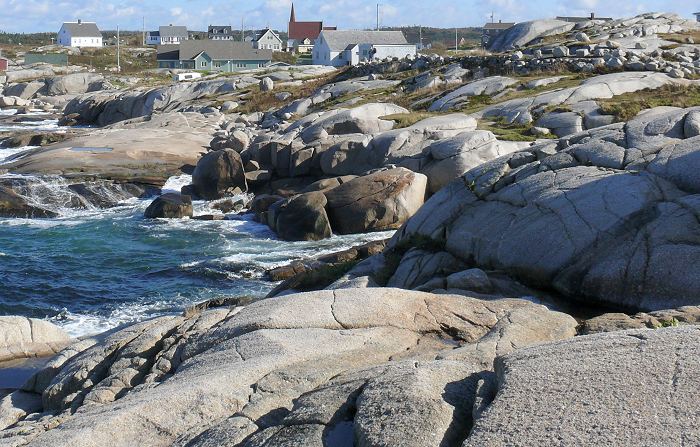 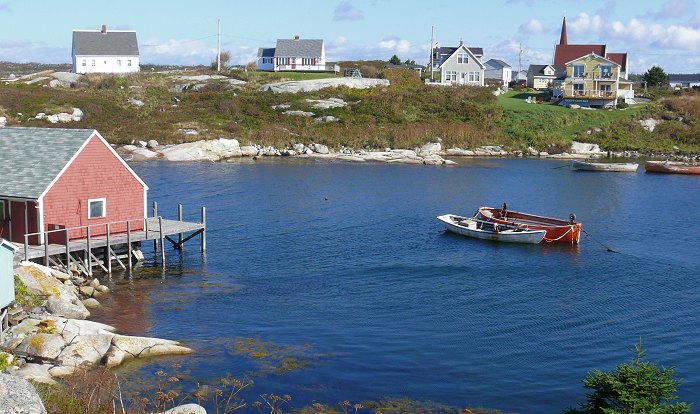 This shows how protected the water in the cove is.

In addition doing a brisk tourist trade, the people in Peggy’s Cove still fish for lobster. 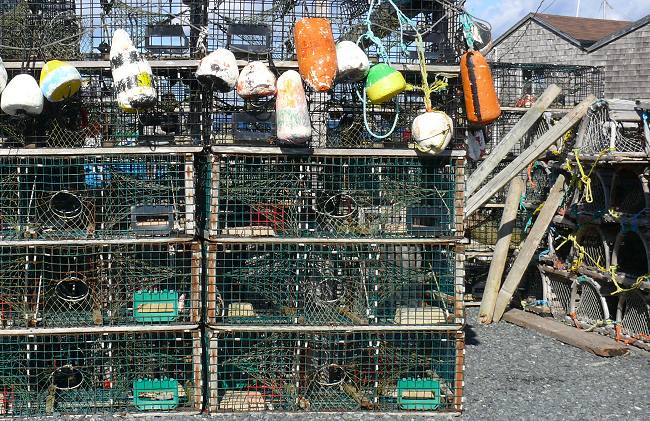 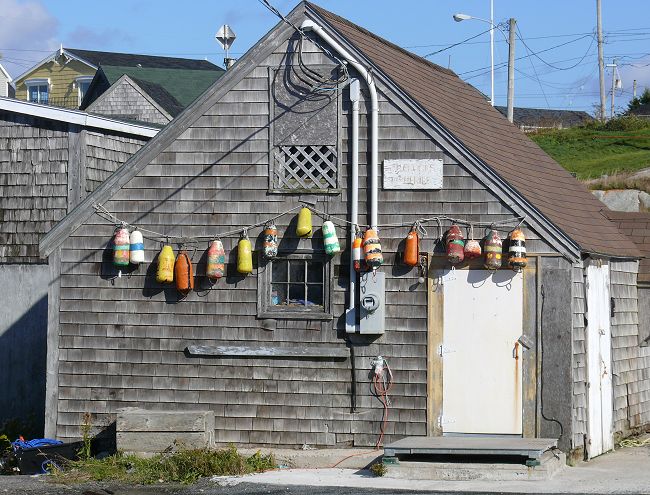 A view of Peggy’s Cove from farther down the coast 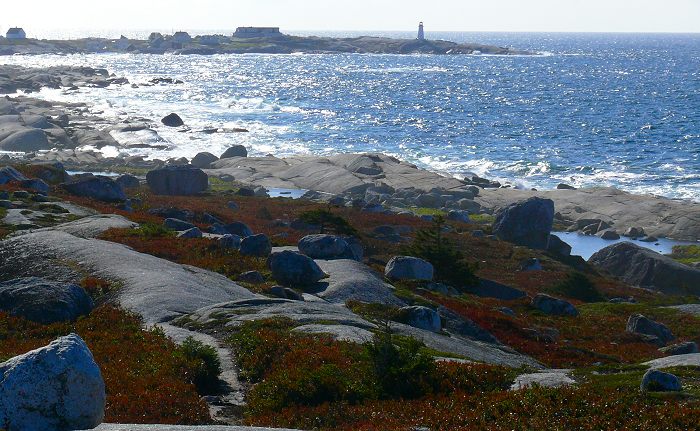 The lighthouse at Peggy’s Cove 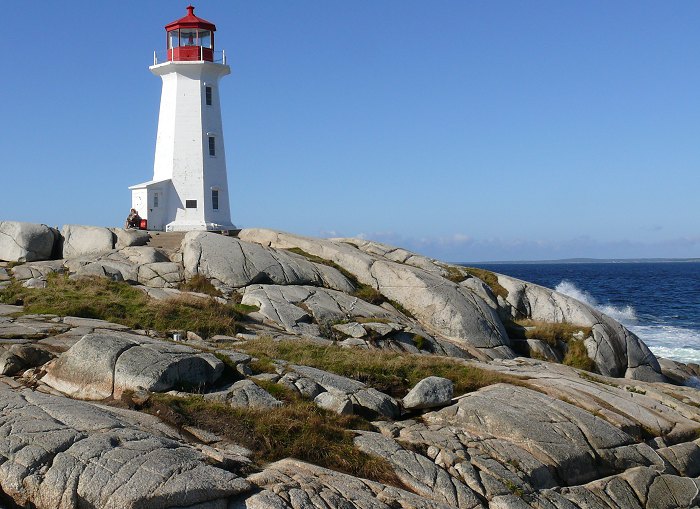 The rocks around the lighthouse are huge and worn smooth by the waves. They were formed 400 million years ago when magma from inside the earth made its way up to the surface. 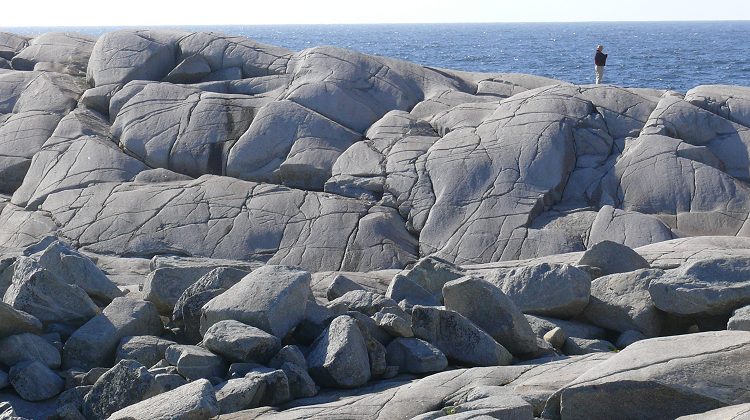 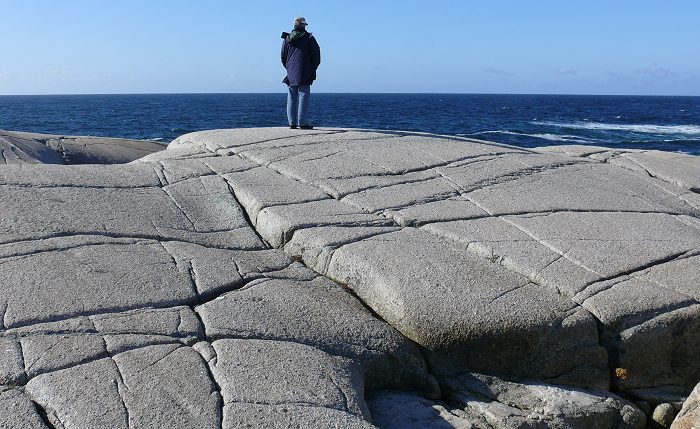 There are very few trees. 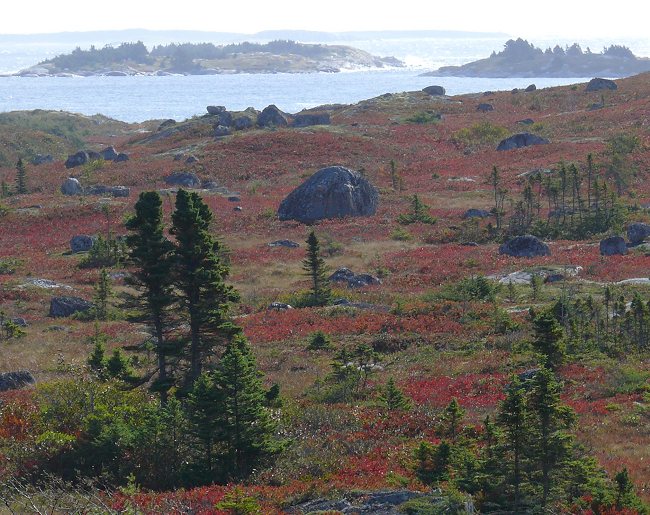 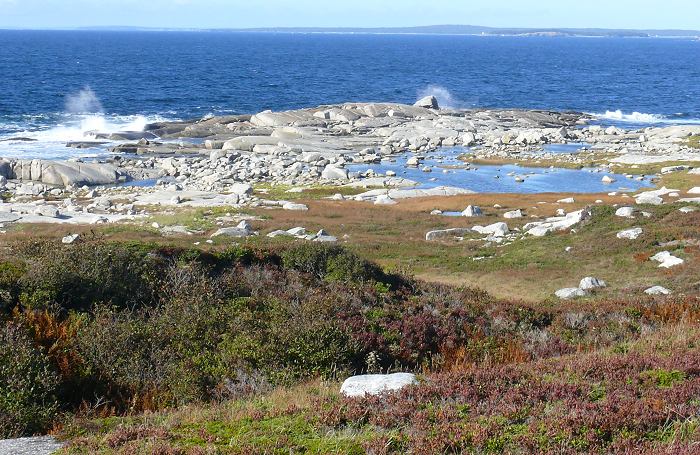 There are small pools and bogs between the rocks. 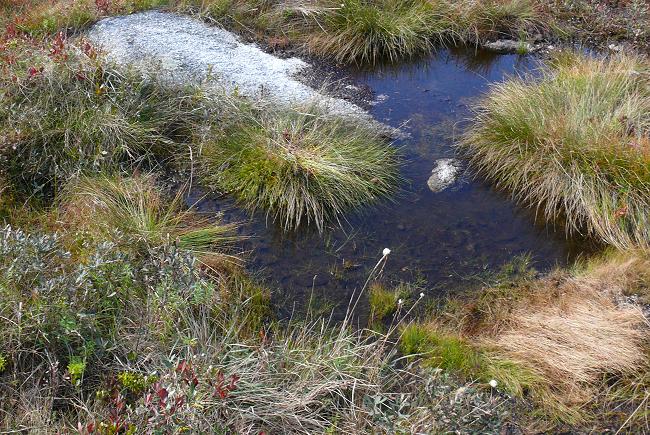 Many of the bog plants are ones that also grow in northern Minnesota – Bog Rosemary, Bog Cranberry, and Spagnum Moss. 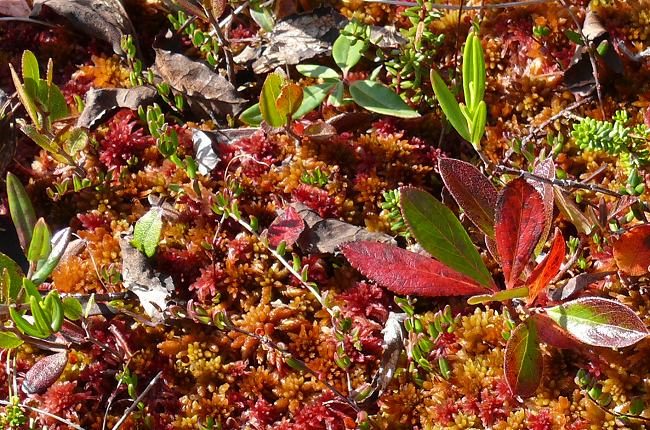 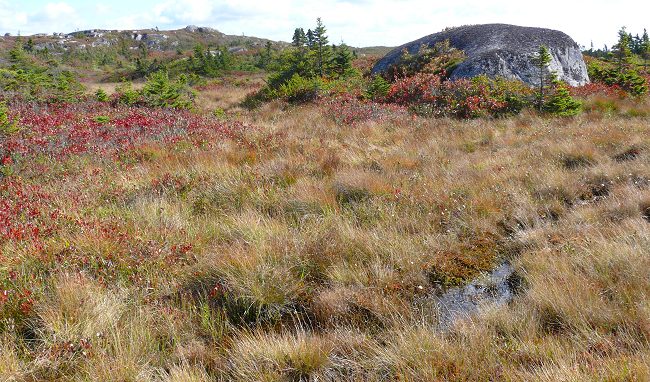 Both Pitcher Plants and Sundews are bog plants that catch and “eat” insects.

Pitcher Plants have leaves that hold water, and the lips of the leaves have downward facing hairs. When an insect crawls onto them, it finds that it can’t climb back, and is forced down into the pool of water. When it drowns, the plant absorbs the minerals from its body.

One of the pitcher-shaped leaves of a Purple Pitcher-plant (Sarracenia purpurea). 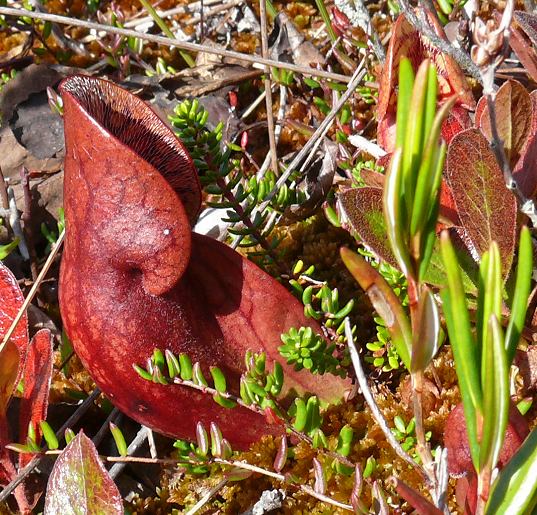 This shows the downward facing hairs on the leaves. 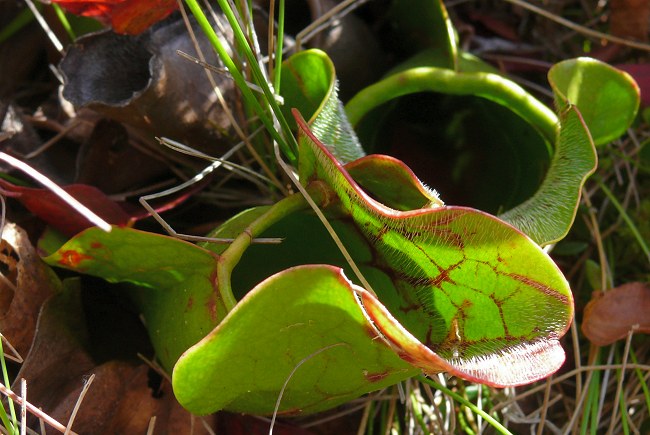 Sundews have flat leaves. The leaves have hairs, each with a drop of sticky liquid on the end. If an insect lands on a leaf, it gets stuck, and the plant absorbs the materials from its body. 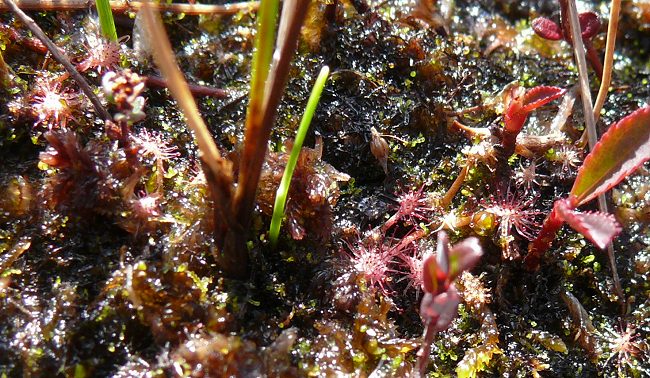 The Sundews were very tiny – this whole plant was only about an inch across. 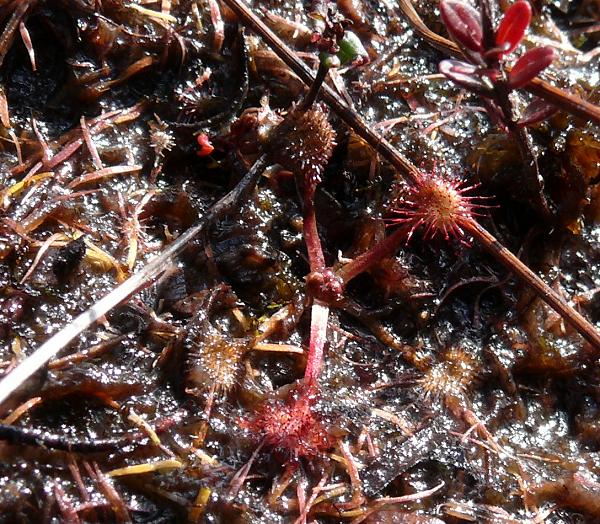 Mike enjoyed taking pictures of me in my wet, muddy blue jeans – from taking all the bog photos. 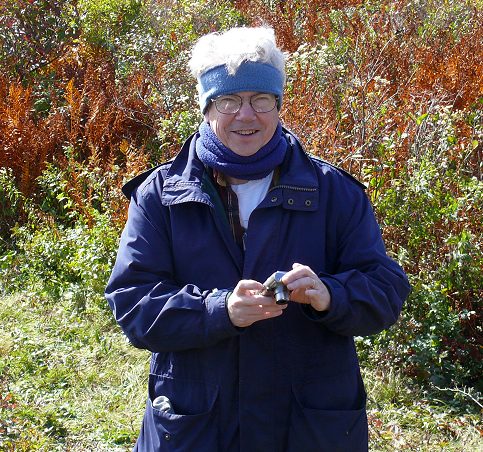 We took one other long walk in Nova Scotia – along the edge of a wetland, farther from the coast. A lot more trees here. 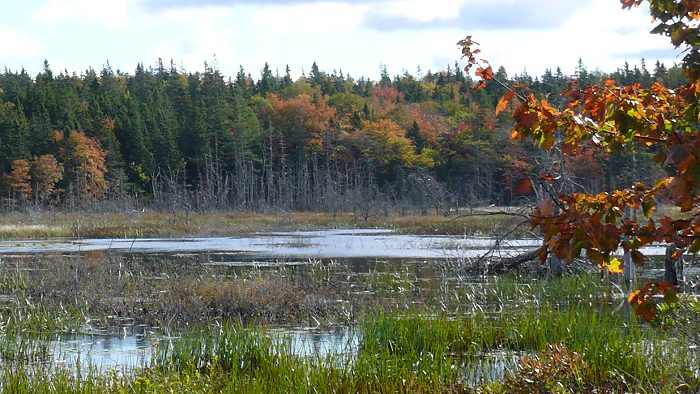 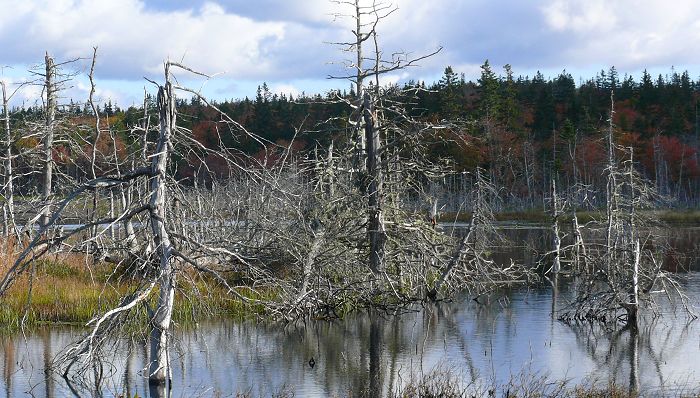 Sunset over the campground 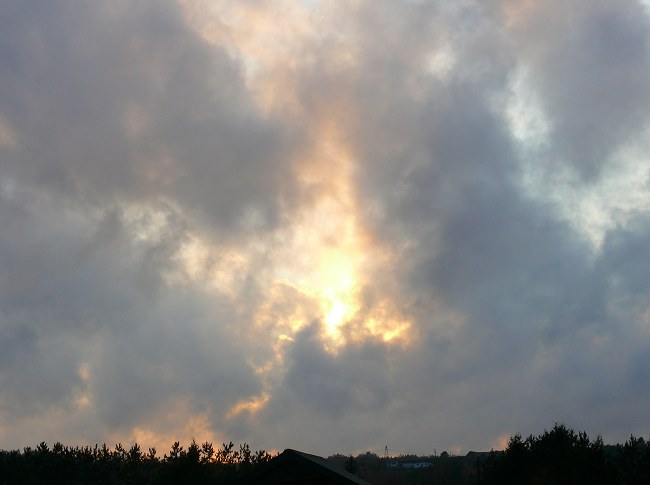