We’ve been seeing more interesting wildlife lately – some on the game cameras, and some in real life.  The best – a new one for the farm – was a bobcat walking along the top of the dugway (game camera). 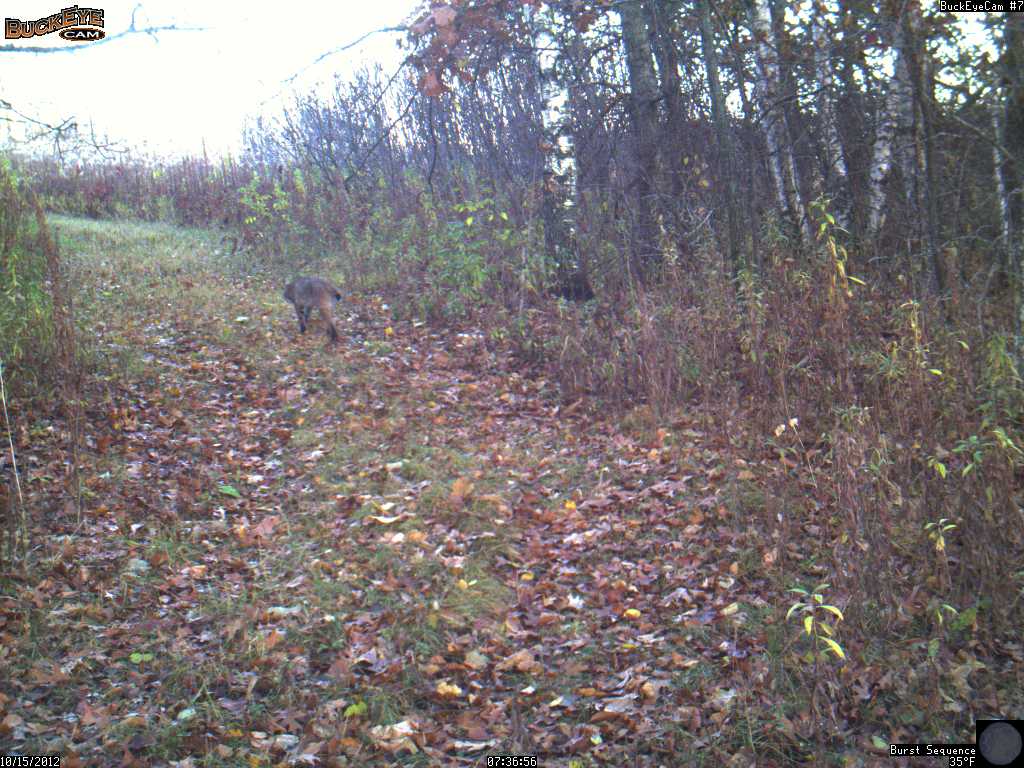 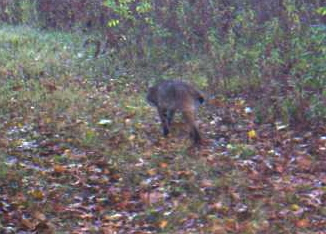 Another game camera record is either a Mink or a Long-tailed Weasel.  We’ve gotten lots of photos of it, but we’re still not sure which it is.  It seems to like to hang out there, on top of the beaver dam. 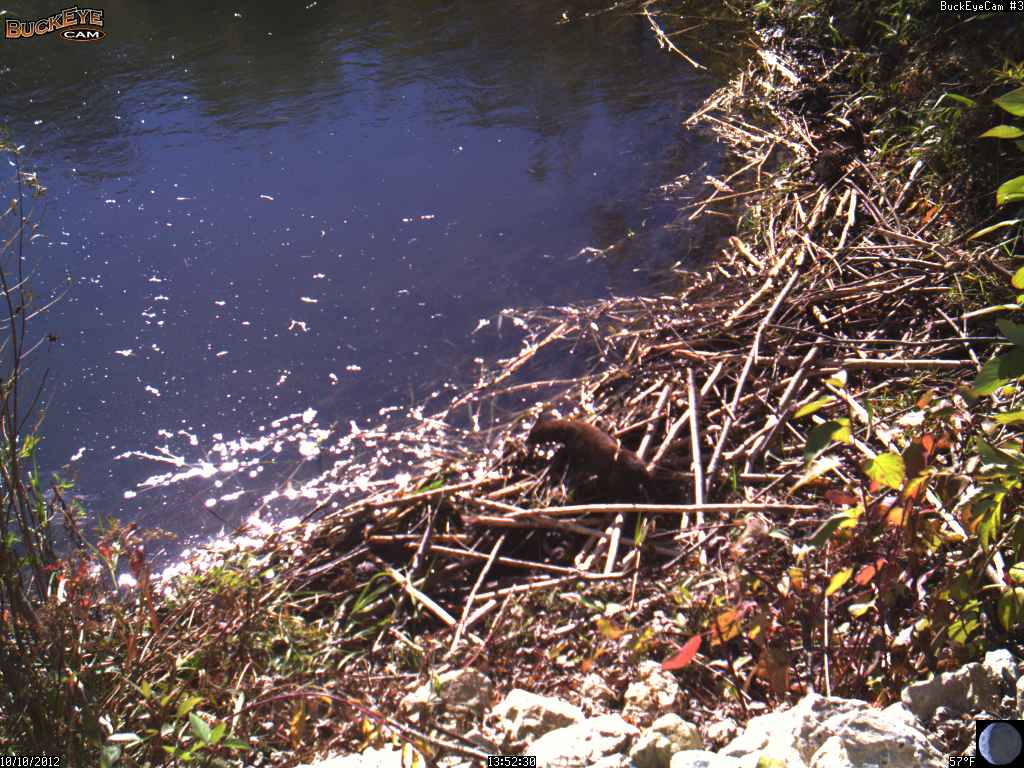 Here’s a Northern Saw-whet Owl that I found in one of the pines on Big View Point. 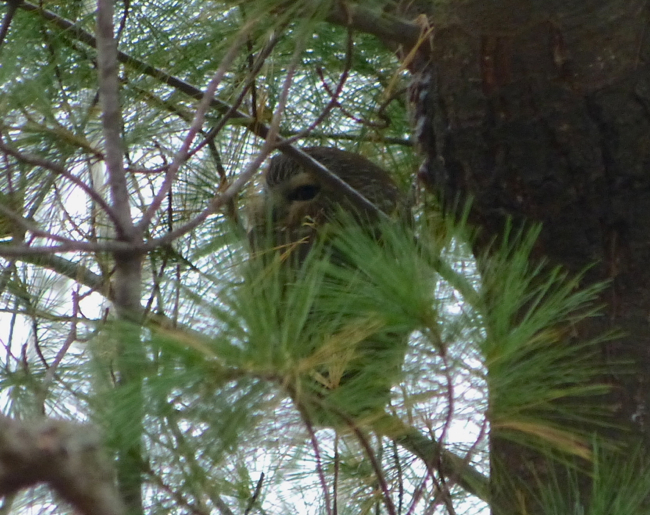 And here’s a snake – a Brown Snake – that was under some leaves where I was working to clear brush.  Its tail looks like it got damaged – maybe by a predator – but healed over. 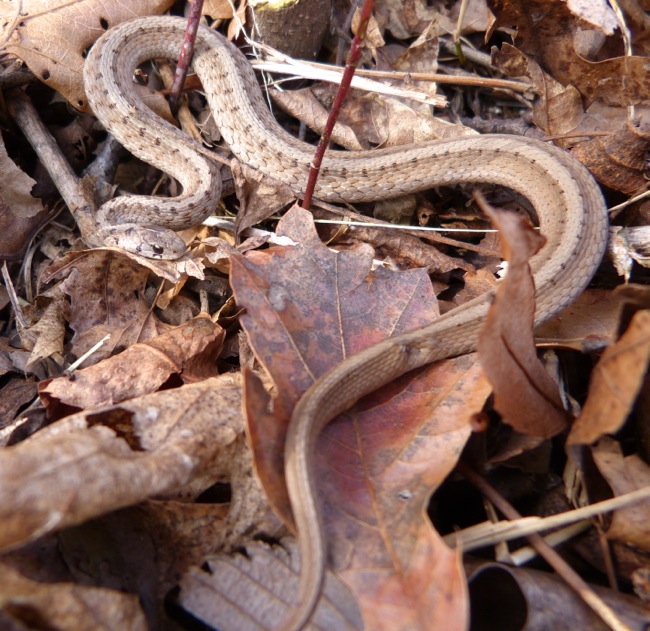 Since I’ve been updating our Facebook site too, I’ve been forgetting to put some of our adventures into the blog.  This is our cow adventure – from about a month ago.

Some of our neighbors’ cows got loose, and ended up in our wetland.  They were completely uninterested in being rounded up again.  So we spent an afternoon helping our neighbors herd cows.

10 heifers in the wetland. 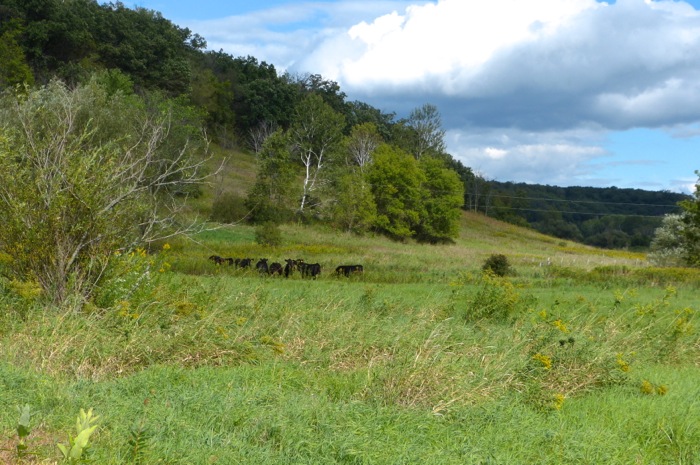 Terry and Ricky spent a lot of energy trying to herd them in the right direction. 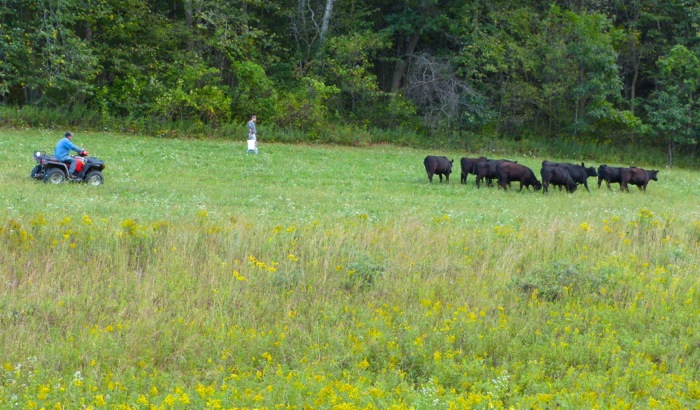 We got Warren’s cows out of his driveway, so the way to the corral was open. 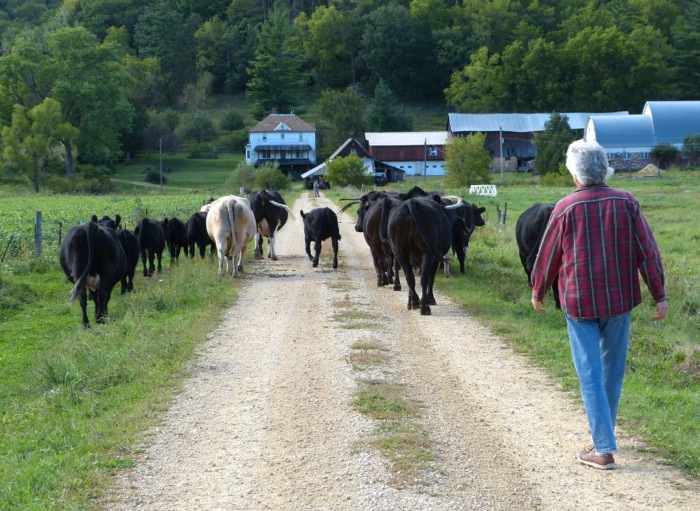 Finally, the heifers headed in the right direction – into the corral. 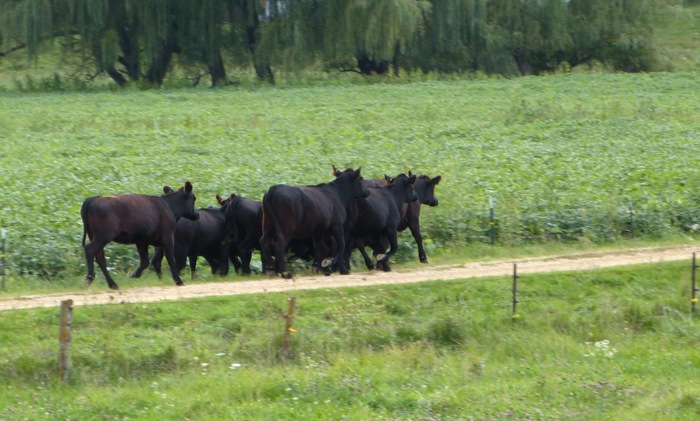 It was a great adventure for us city kids.  Not so much for our neighbors.

A large oak fell across the trail up our western valley.  It was one of the largest trees we’ve had to clear. 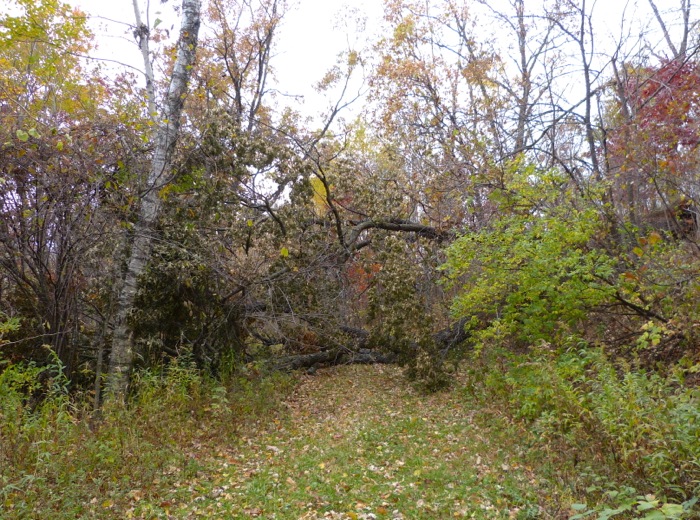 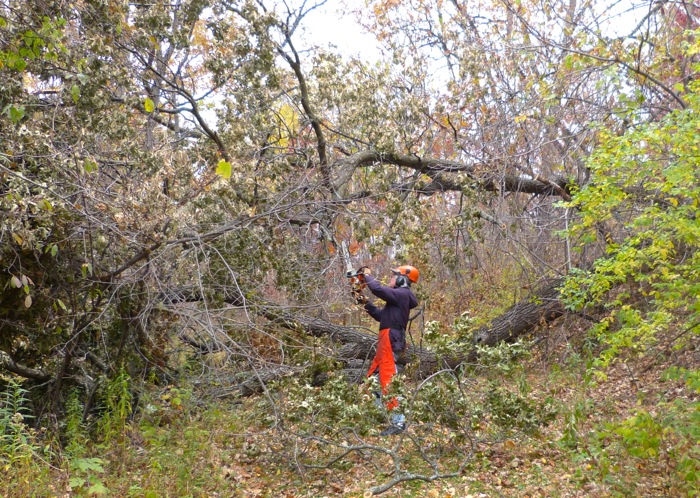 Then I gave him a ride up in the bucket, so he could reach the high ones. 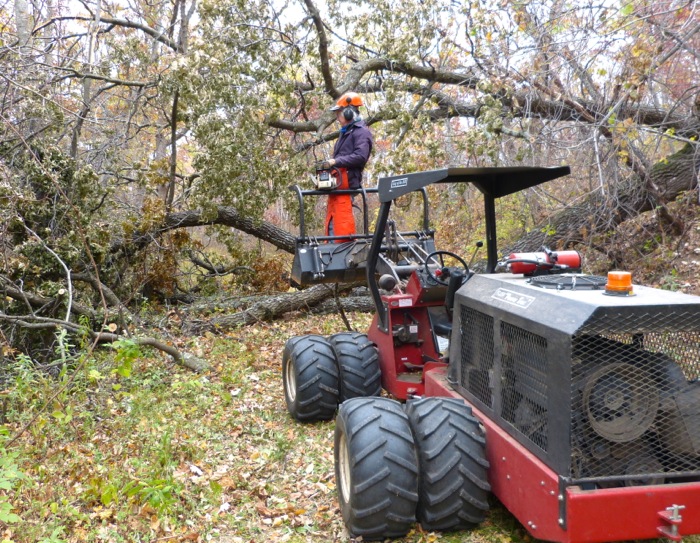 He had a pretty good time up there. 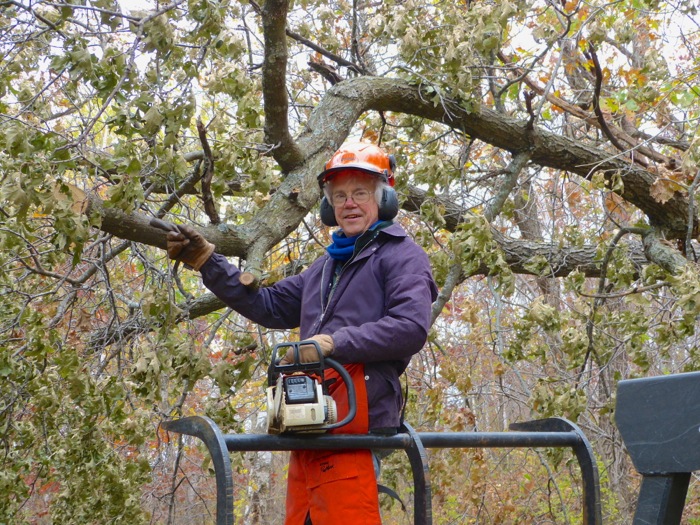 Finishing off the trunk and the biggest branches. 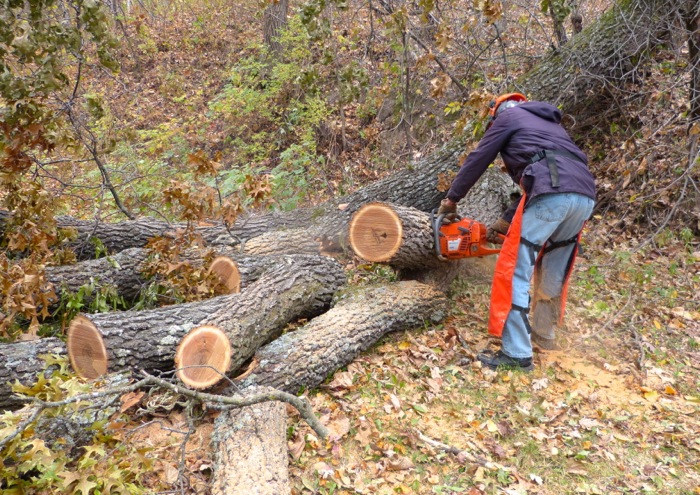 The pieces were too big to move by hand. 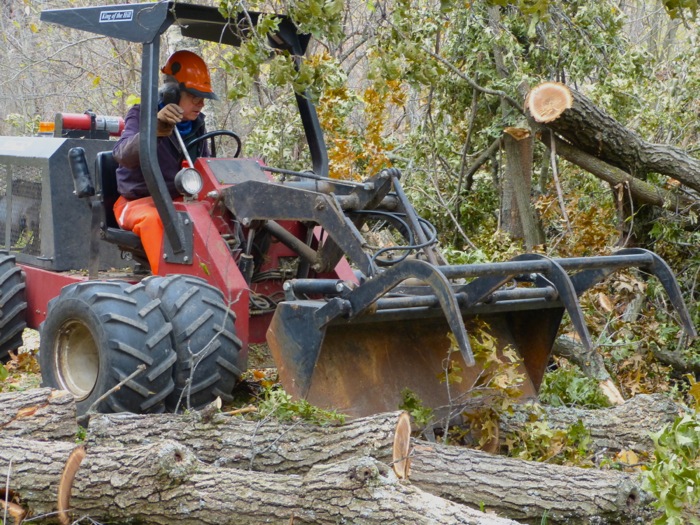 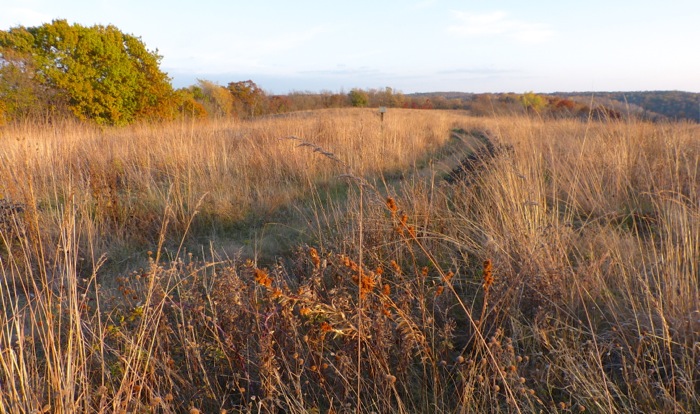 But there are still a few flowers blooming.  I’m always amazed to see blossoms this late. 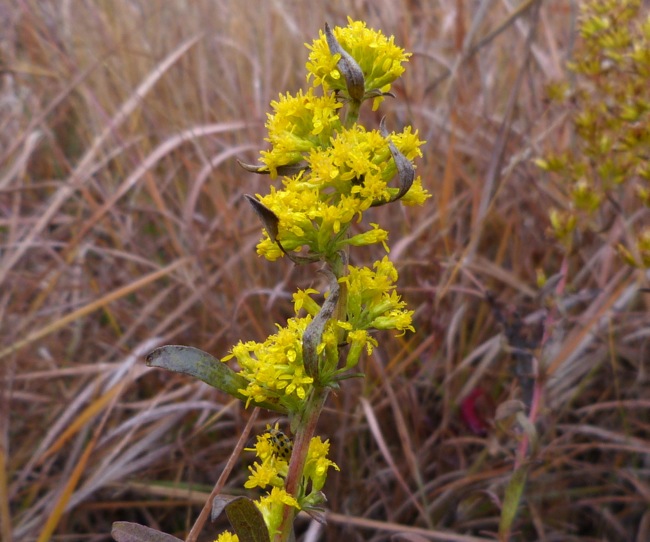 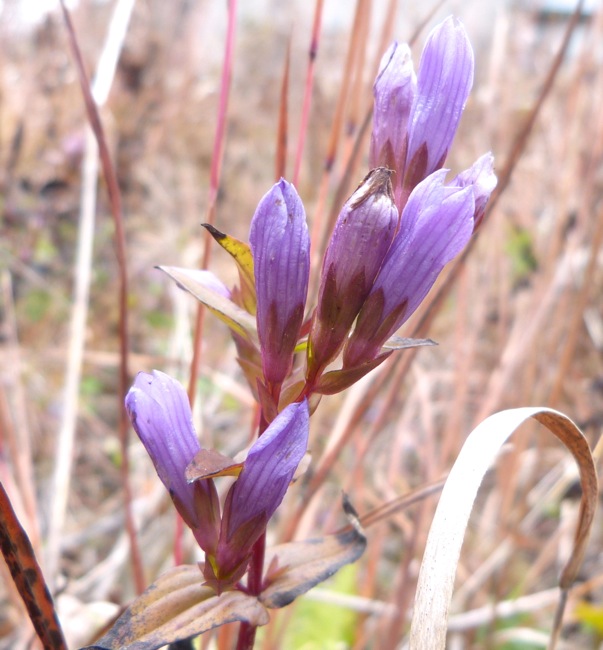 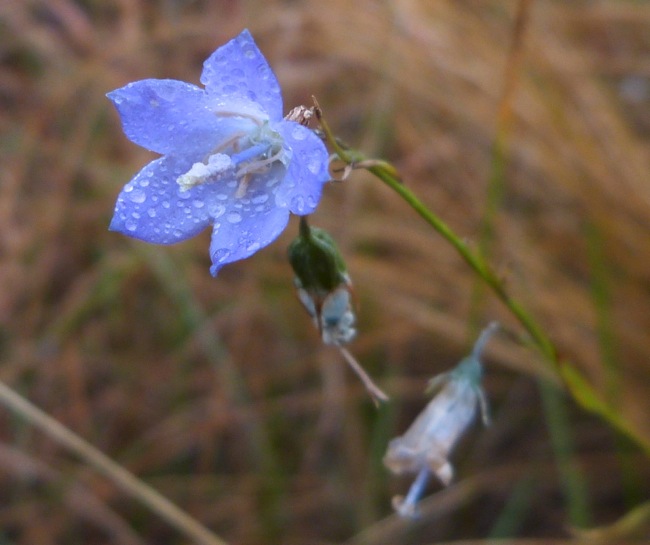 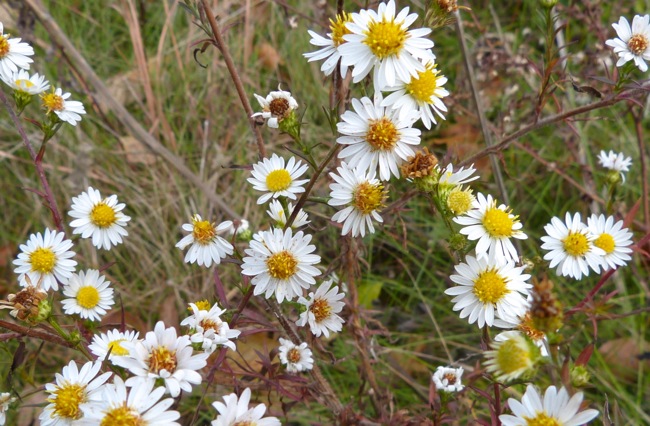 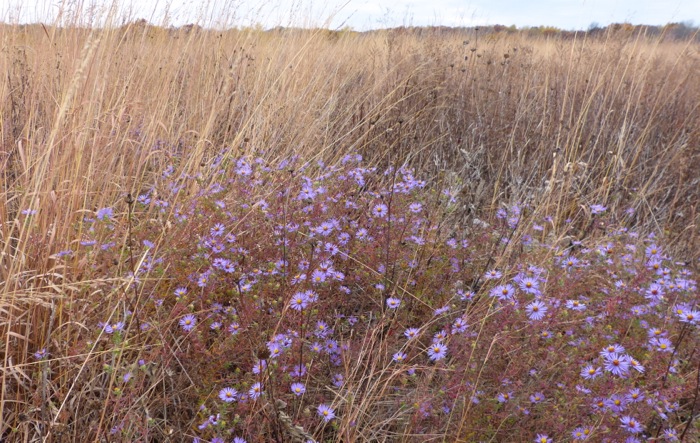 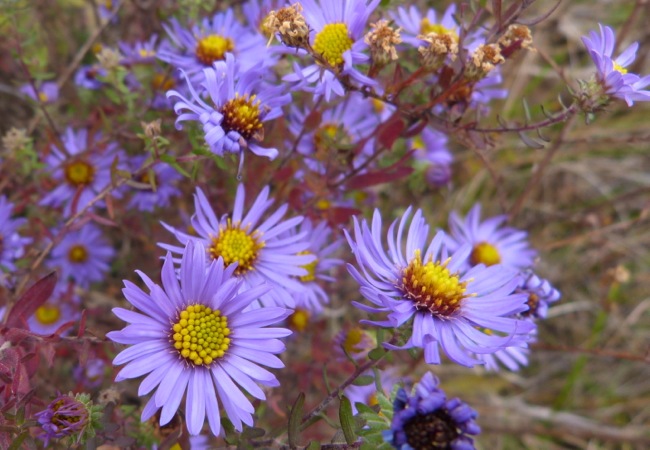 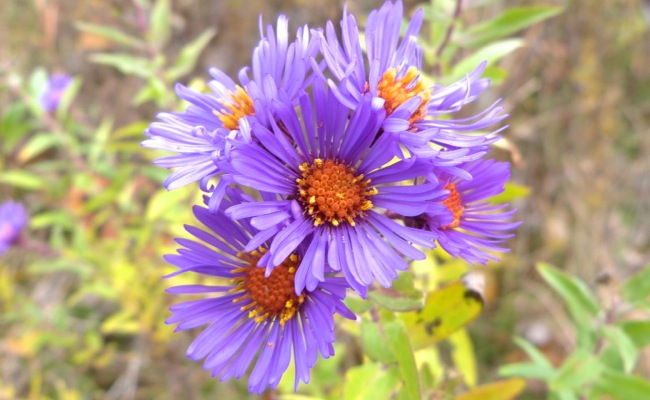 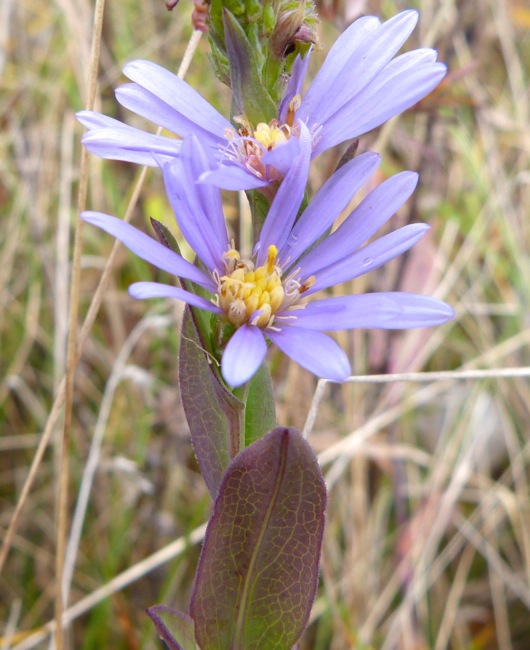 Our friends Ellen and Ann came to visit. 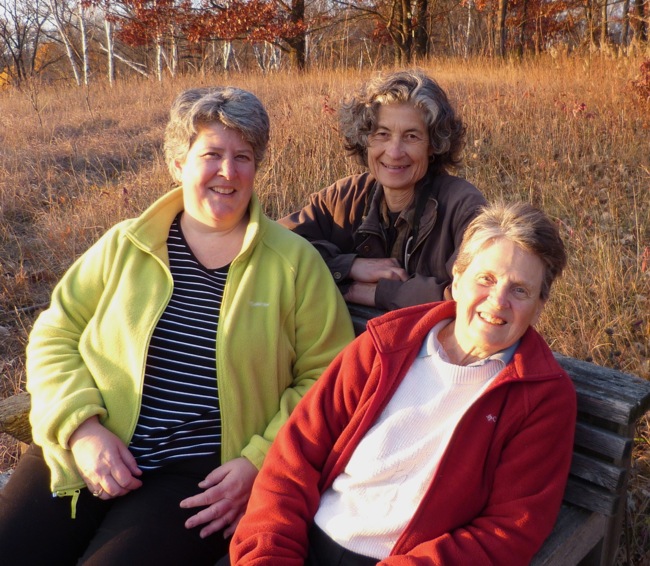 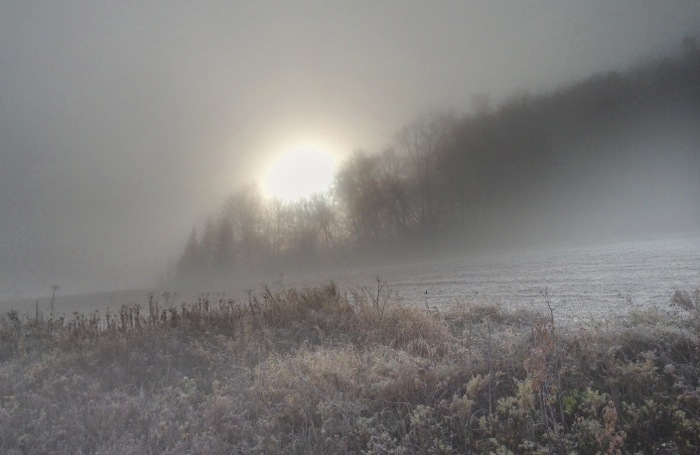 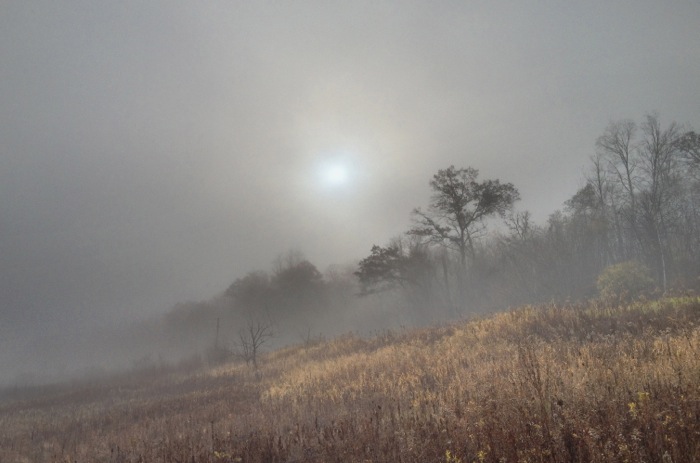 And a few sunsets – over Western Prairie 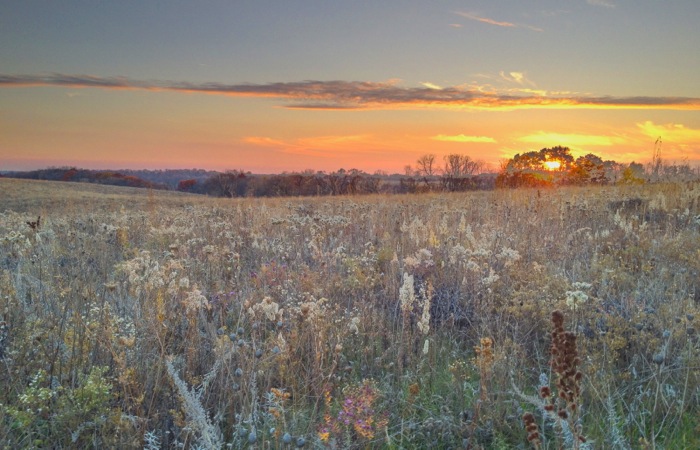 And the Narrows Prairie 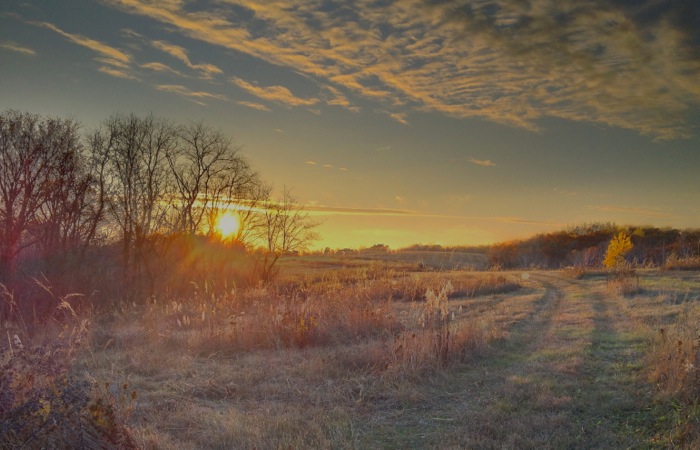