It was great fun to set up my moth lights at the reunion.  Fun to see which moths were around, but mostly fun to talk to people about moths and mothing.   Thanks to everyone who came – I enjoyed meeting you all.  And thanks especially to Larissa and Erik, who helped arrange for it to happen.

I wasn’t sure how many moths or what kinds we would attract.  The Grinnell campus is mostly mowed grass, with no nearby wild places – not much native habitat.  This is the place where we set up – at the north-east end of campus, near the athletic fields.  I taped a cotton sheet to the wall, and shone my lights – a mix of white and UV lights – on the sheet. 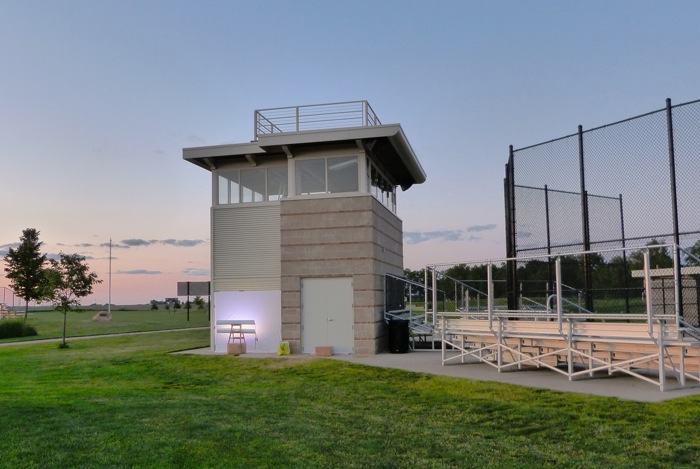 There are some weedy prairie plantings nearby that I thought might have some moth habitat. 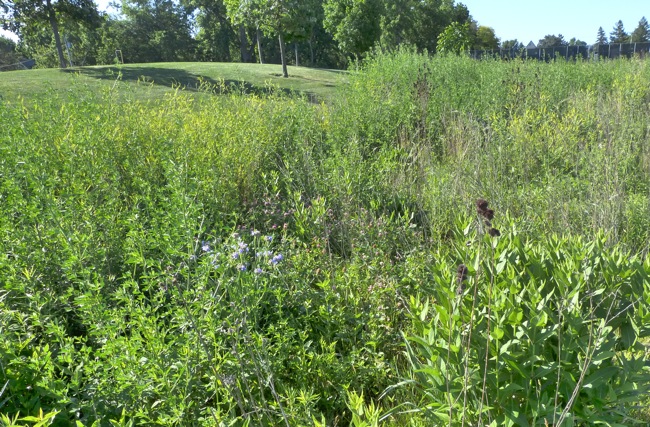 The largest moth we saw – a species that came both evenings – was a White-lined Sphinx Moth.  This one was especially cooperative – it sat quietly on the grass and then on my finger. 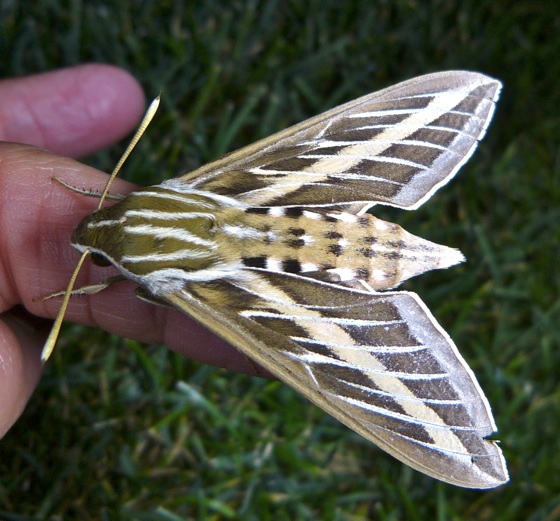 White-lined Sphinx Moths usually fly at dusk, feeding on nectar.  When they’re nectaring, they hover near the flowers, and are often mistaken for hummingbirds.  Here’s one on the sheet. 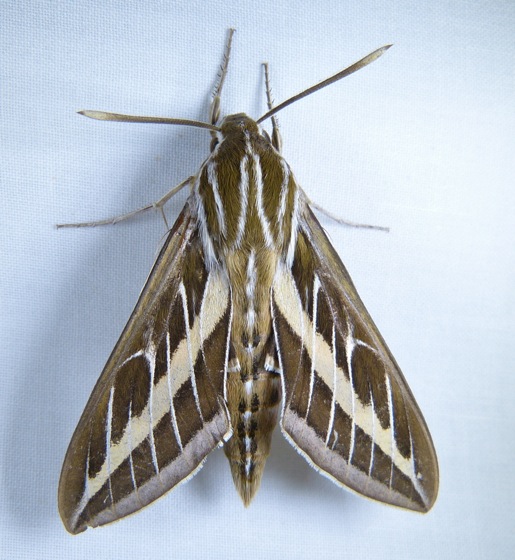 The rest of the moths were much smaller.   I’ve listed common names, but if you want to see the scientific names, hover your mouse over the photo. 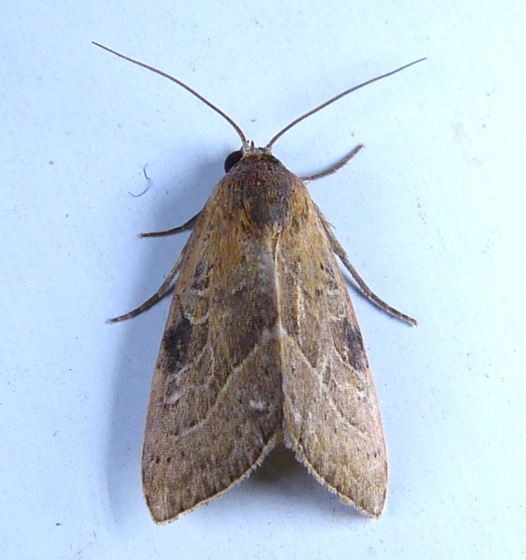 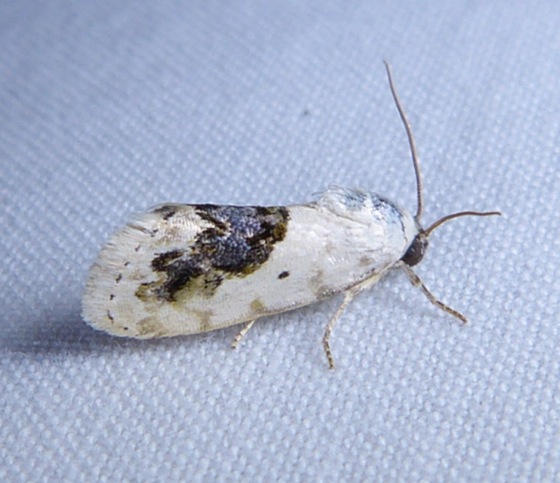 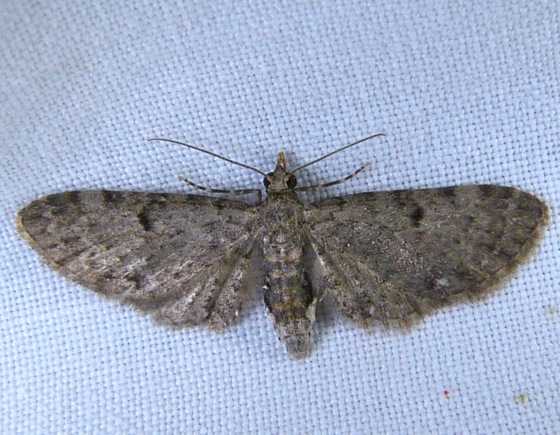 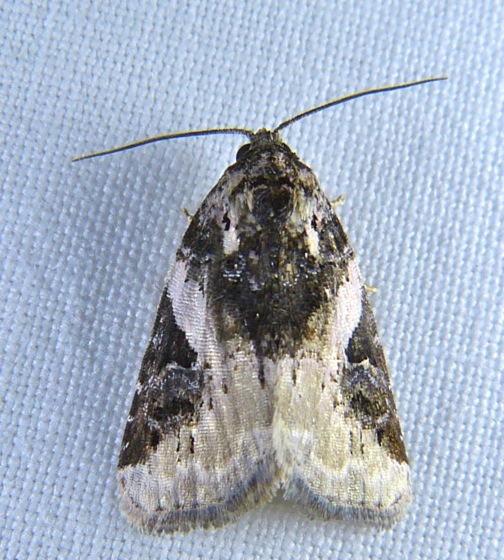 Lucerne Moth – we saw several of these.  This was a fairly worn specimen, but sitting in its typical pose. 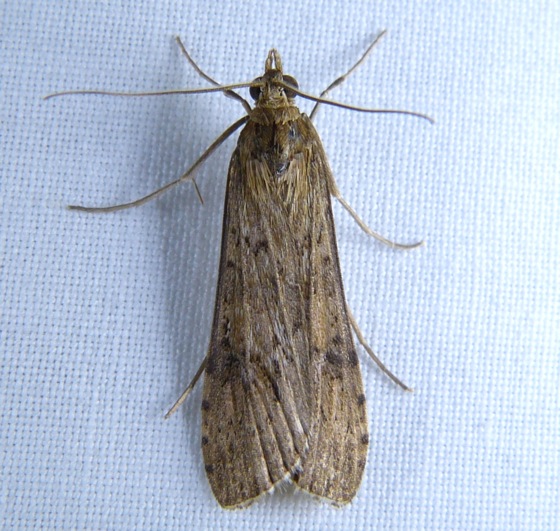 Lucerne Moth – less worn, so it’s easier to see the pattern, and showing the hind wings 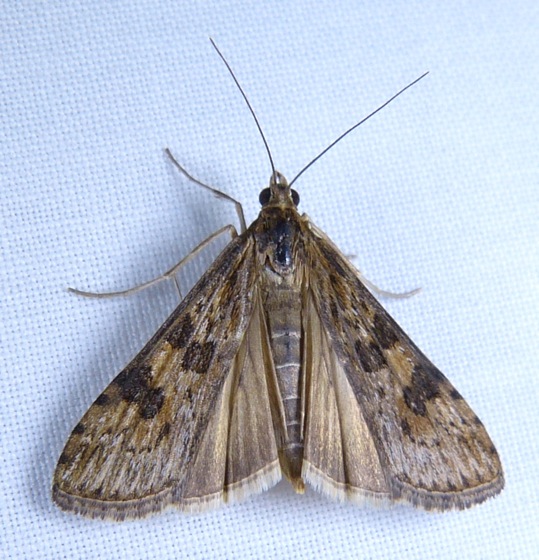 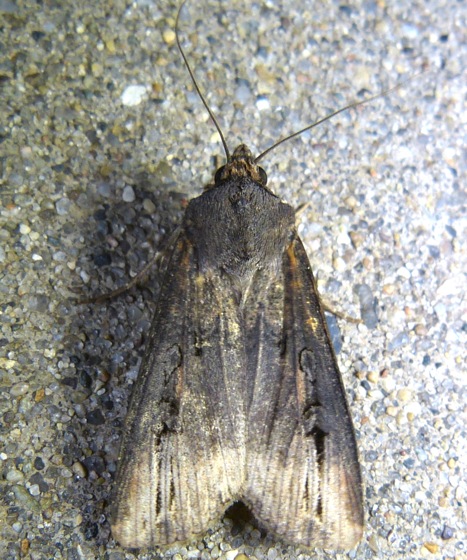 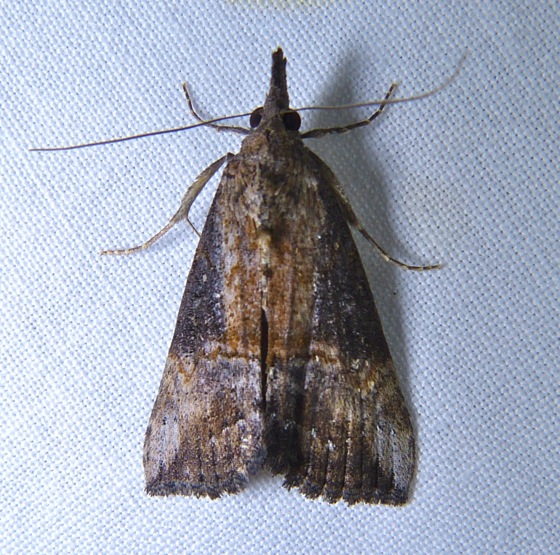 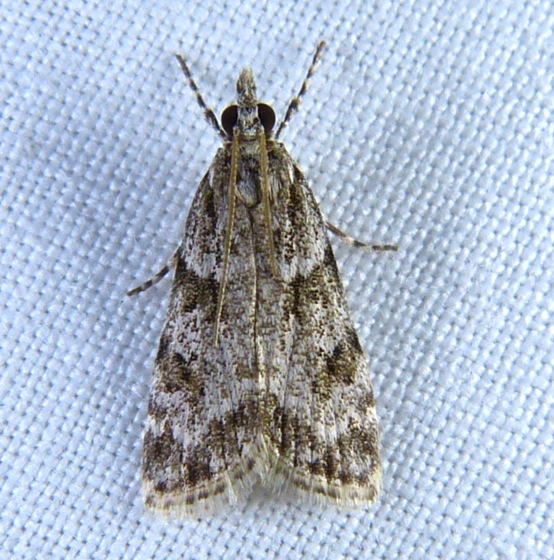 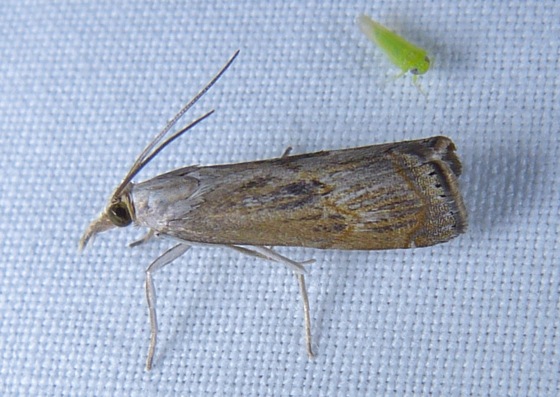 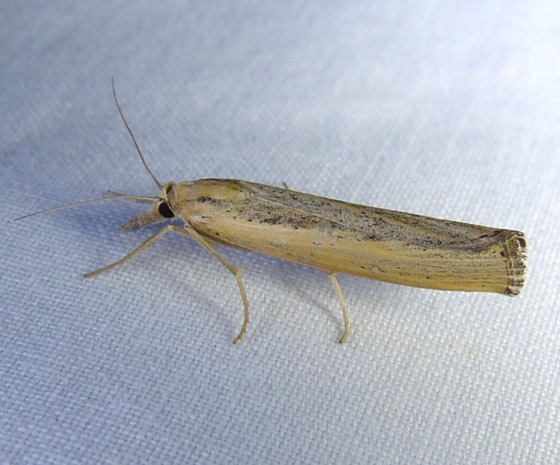 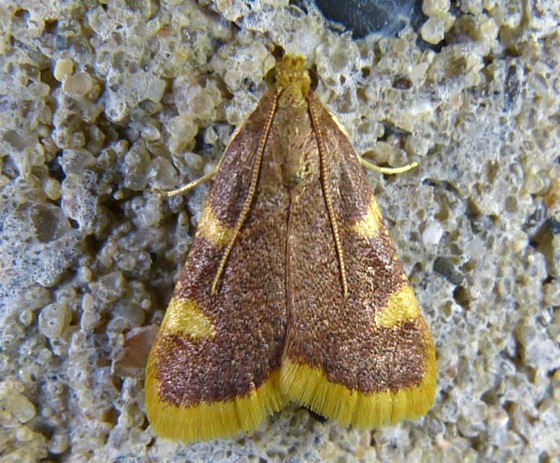 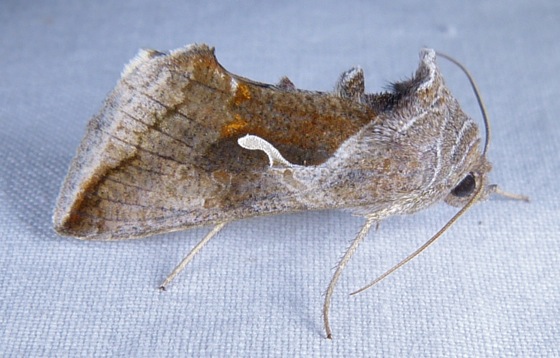 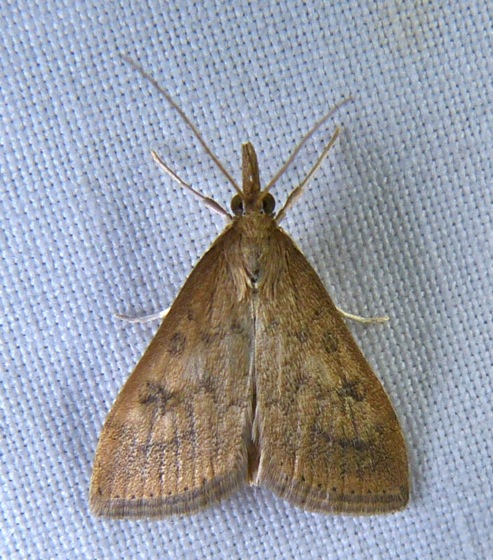 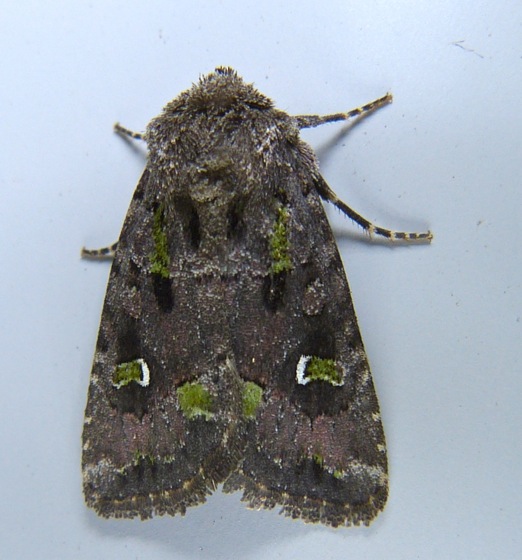 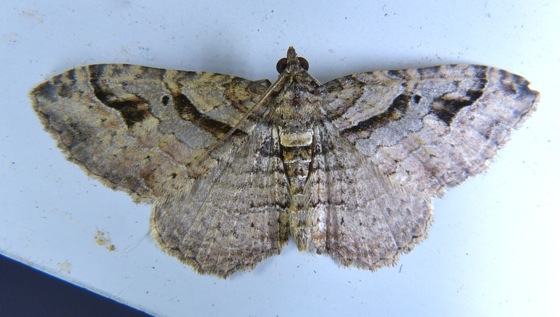 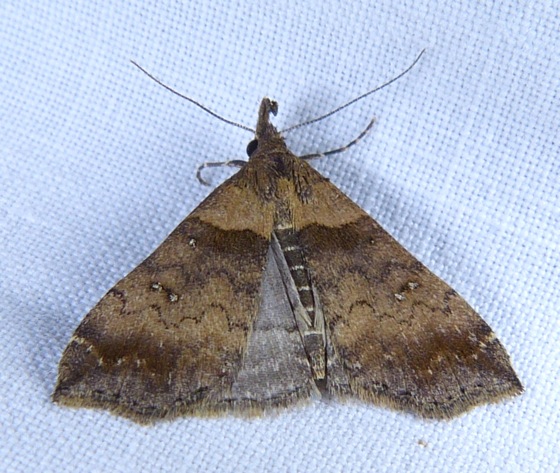 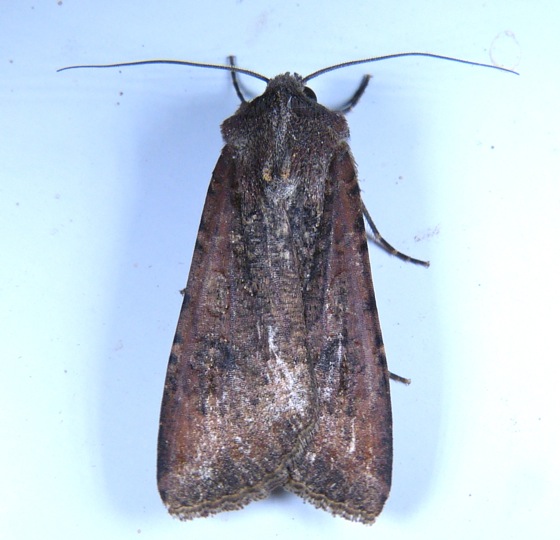 This moth is showing that you can’t tell the difference between moths and butterflies just from the way they hold their wings.  It’s a moth, but it’s sitting like a butterfly.  I can’t see the tops of the wings, so I’m not sure of the species.  I think it’s some kind of Carpet – maybe a Gem, or another Bent-line Carpet. 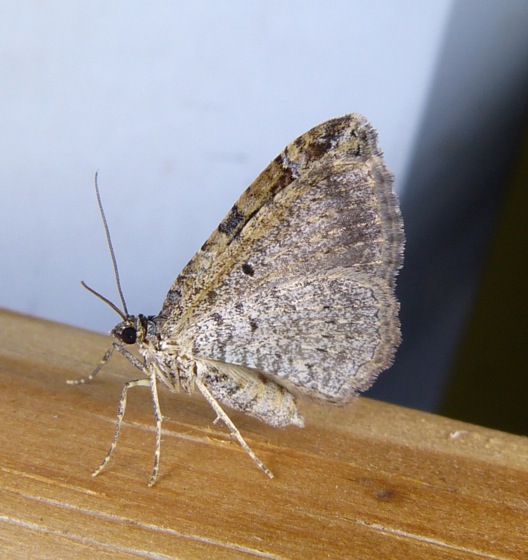 Here are some moth links, for folks who are interested in learning more:

Moths I’ve seen at our farm

How to attract moths – information about my mothing set-up, and about books and internet references you can use to identify the moths you see

I talked to several people about the moths I saw in Costa Rica a few months ago.  Here’s the Link.   (There are over 750 different species, so it’s taken me a while to get it all organized.)