I’ve finally finished organizing the moth photos I took in Costa Rica in March.  I hadn’t done much mothing in a tropical place before, and I’m still amazed at the numbers and variety of what I saw.  I watched and photographed moths on 8 of the nights we were there, and saw about 750 different species!  Since most moths – at least here in temperate zones – only fly during a small part of the year, the number of species I might have seen if I’d been there for a whole year is staggering.

Rancho Naturalista – where we stayed – has a great moth attracting set-up – a mercury-vapor light shining on a mounted sheet.  It was nice to have a permanent place – so it didn’t have to be set up and taken down every night – and it was great to have a roof.  It rains a lot there; mostly light misty rain, but sometimes more than that.  The moths don’t seem to care about rain, so it was nice to be able to keep watching and photographing them under the shelter of the roof.

The moth set-up is in the woods, a little way from the cabins.

The light shining through the woods on a wet evening 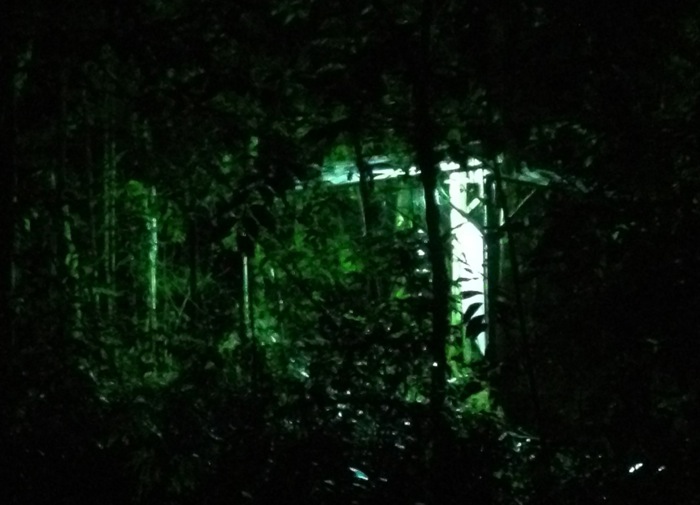 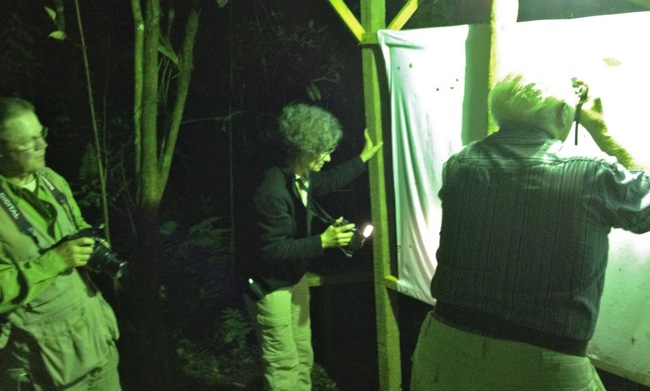 None of the other guests started out being very interested in moths.  But I convinced most of them to visit the sheet, and they had fun exclaiming over the moths, and photographing them.  Several people got interested enough to say they would try making a light set-up when they got home.

I tried to take a photo of every moth that came to the sheet on those 8 nights.  I’ve removed most of the duplicates, except in some cases where I took more than one photo to show an interesting moth from different angles.    These photos are a record of what I saw, and hopefully will give a sense of the amazing diversity.

I’ve divided the photos into groups, and put them on several web pages so they’re easier to look at.  I tried to fit them into family groups, but I know I’ve made mistakes.

Identifying the moths has been difficult – so many of them are still unidentified.   I’ve numbered each photo, and named as many as I can.  Sometimes there are just genus names, sometimes there are species names too.   I’m sure I’ve made many mistakes – and it’s definitely a work in progress.    If you have suggestions of either IDs, or resources I could use to ID them, please let me know.

I’ve been making a collection of books and web sites that I thought were useful in learning about the moths.  I’ve listed them at the end of this post.  I also spent some time at the University of Minnesota Insect Collection, which has quite a few Central American Moths.  Many thanks to Bill Oelhke for his help with some of the IDs, and to Cameron Prybol for sharing his hard work on his own collection of moth photos from Costa Rica.

The photos on my pages are all thumbnails, so if you click on a photo, you can see a larger version of the photo.

Click on the photos below to see the moth pages. 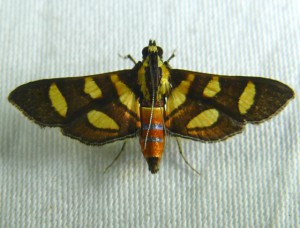 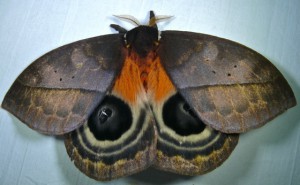 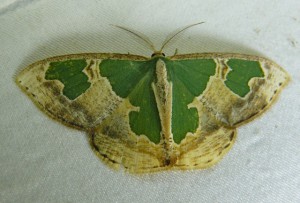 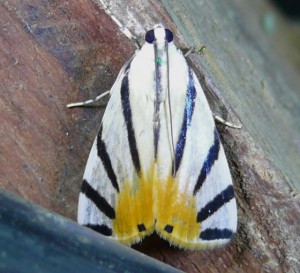 Resources I used to try to identify the moths – please let me know if you know of any others.

Tropical Butterflies and Moths – Heiner Ziegler  (There are moths from other tropical places here too, but many of the moths are from Costa Rica, they are organized by family, and many are identified. )

Moths of the Monteverde Cloud Forest of Costa Rica – Cameron Prybol  This site is slow to load (sometimes 5 minutes or more) so be patient – it’s worth it.  Cameron has photographed and identified many many moths.

Sphingidae of the Americas – Bill Oehlke