We still don’t have much snow around here – in fact – it feels like spring.  Yesterday the temperature got up to 50 degrees!

This is a savanna remnant above Sumac Prairie.   The big trees are old, open-grown Burr Oaks.  It’s been so warm and snow-less that I’ve been able to do some brush clearing.  This is the ‘before’ photo – taken on December 29.  My goal was to ‘liberate’ these beautiful old oak trees, and hopefully allow the savanna vegetation to come back. 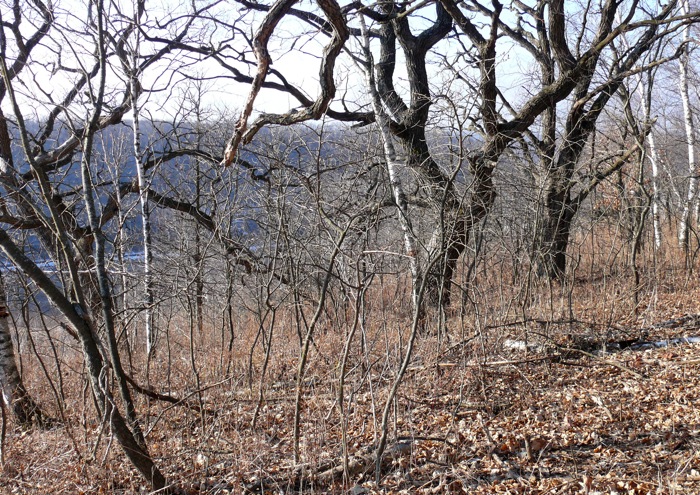 This is the same place – taken yesterday – January 7.   The birches and aspens have all been girdled, and most are dead.  Once they fall down, it will be even more open, and it should really look like a savanna again. 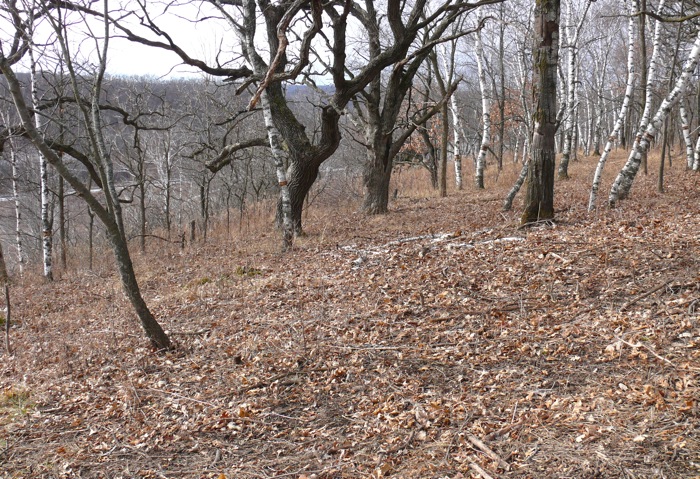 Sumac Prairie – the face of the bluff below the savanna 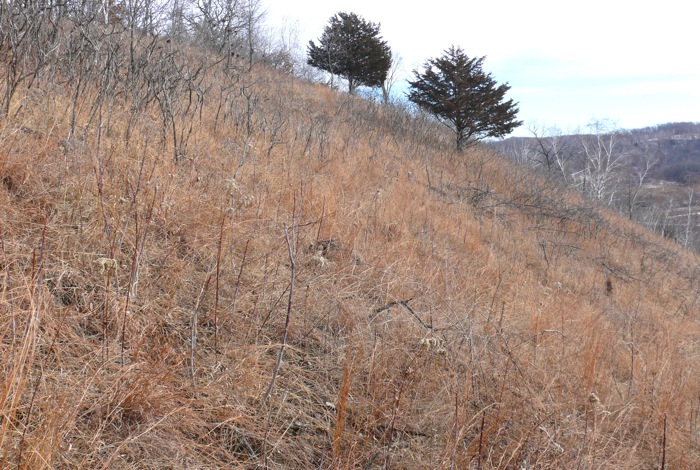 We did start the new year with a snowstorm – a very small one.  This is Center Valley on New Years morning. 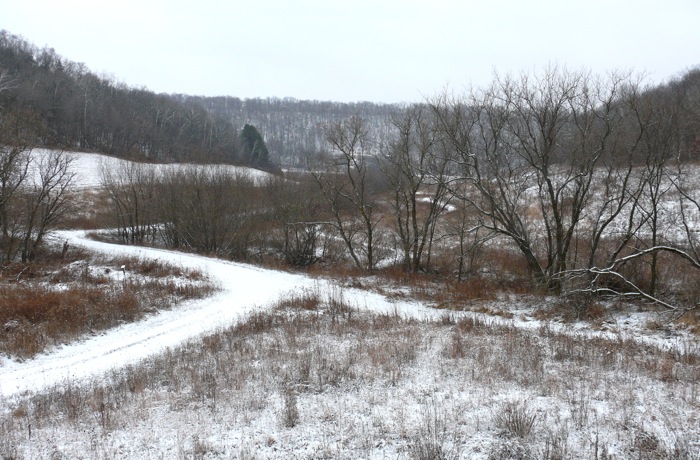 But the snow didn’t last long.  This is Western Prairie a few days later.  I love being able to walk so easily.  Usually we have to use snowshoes to get to the tops of the hills. 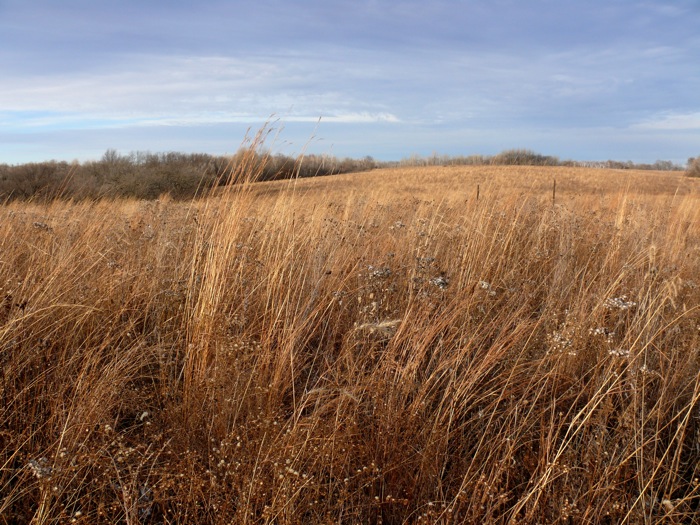 Western Prairie is especially nice this year – very diverse plants and not many weeds. 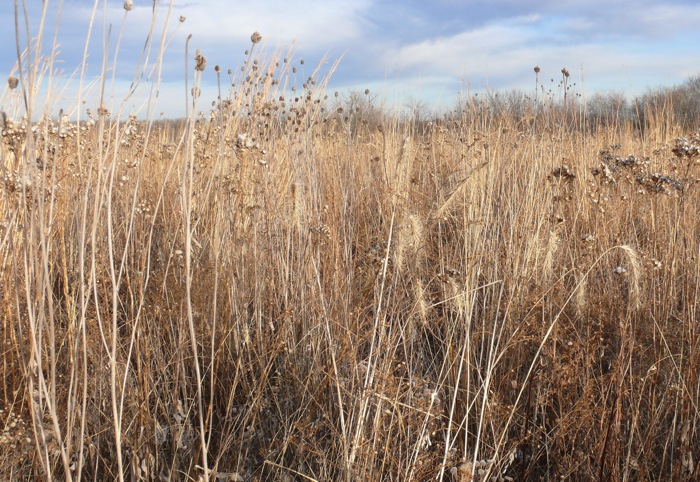 I’m even finding green in the woods.  This was on one of the 50 degree days – soft, bright green moss.  I think it’s Polytrichum – Haircap Moss. 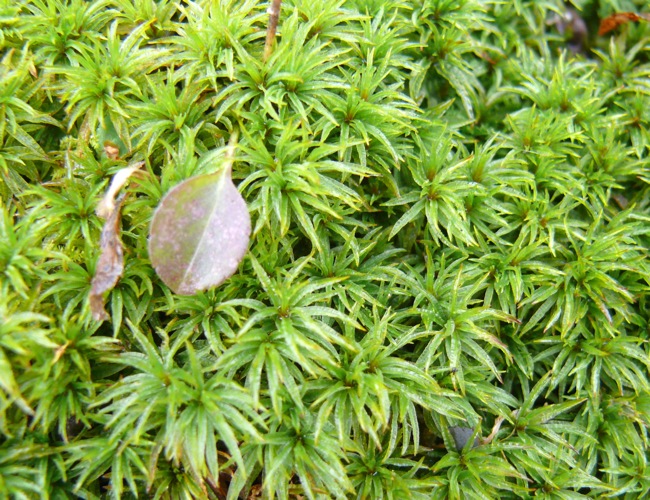 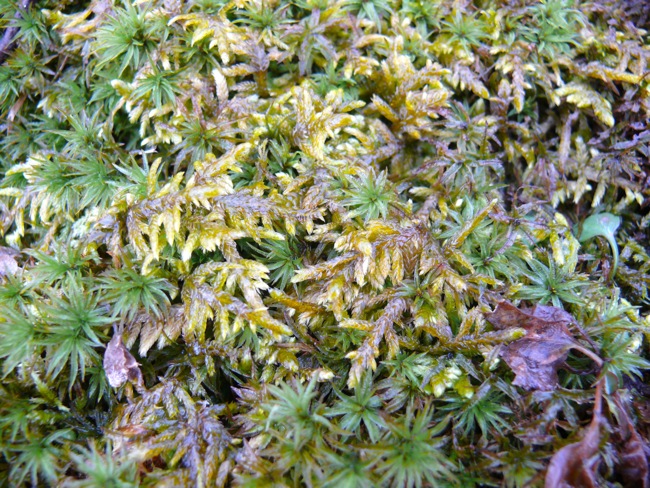 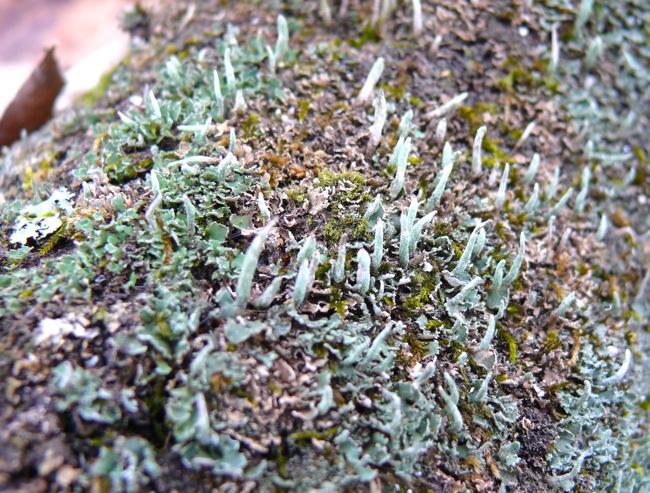 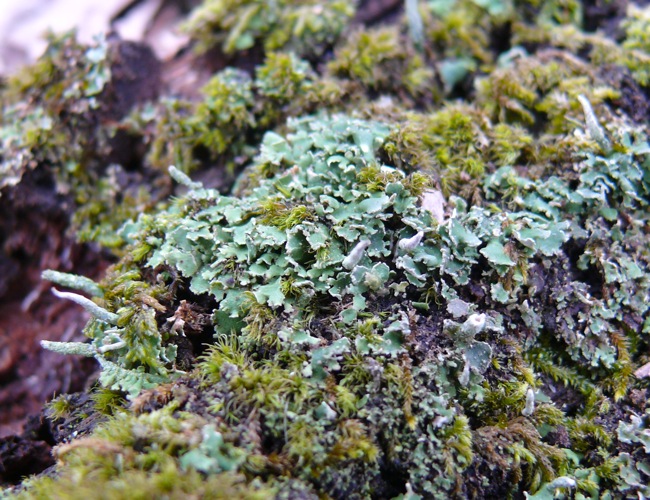 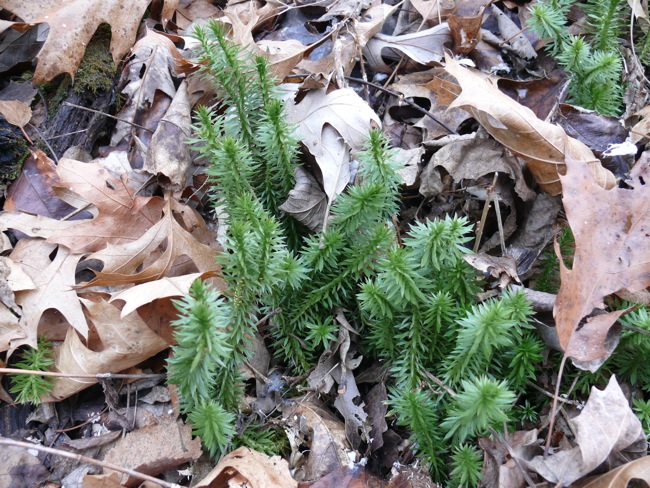 The club-moss was shedding its spores.  The spores are borne in these small yellow sporangia. 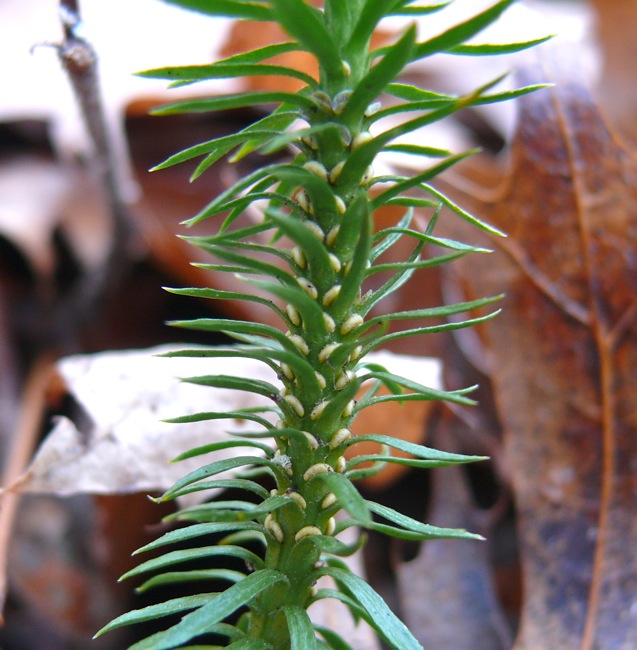 One of my favorite evergreen plants – Downy Rattlesnake-plantain.  This orchid sends up a slender stalk in mid-summer, with white flowers that are so small that it’s hard to see that it’s an orchid.

The entrance to the Knife Edge Prairie 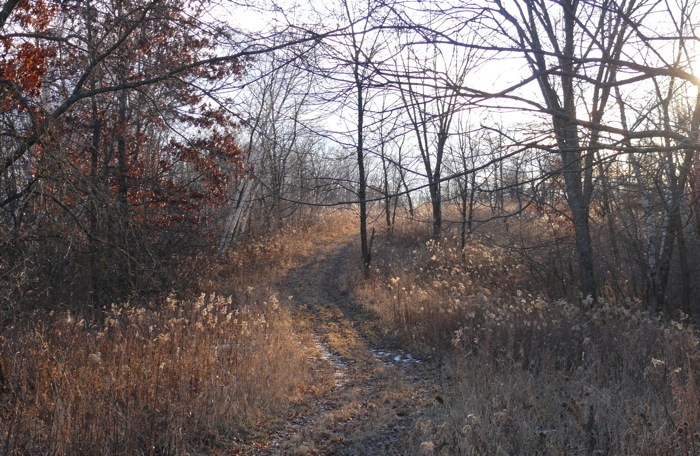 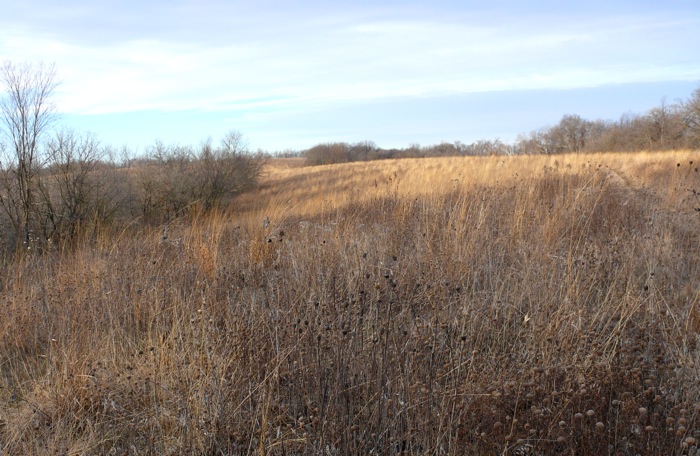 We spent the fall discouraging the beavers from building a dam that would flood our road.  Eventually they were convinced, and moved downstream and built a gigantic dam.  This is their new pond – viewed from Big View Prairie. 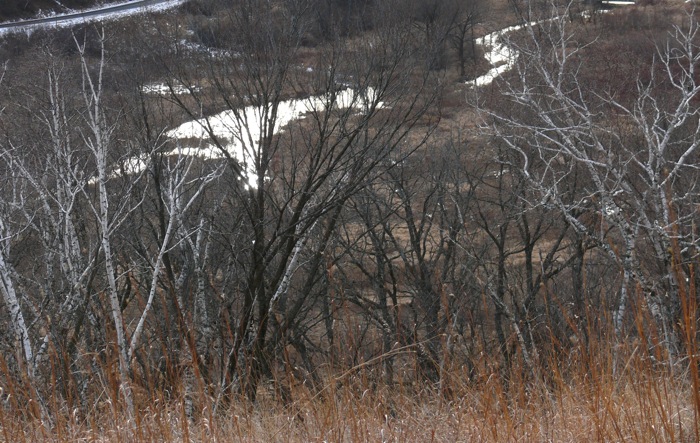 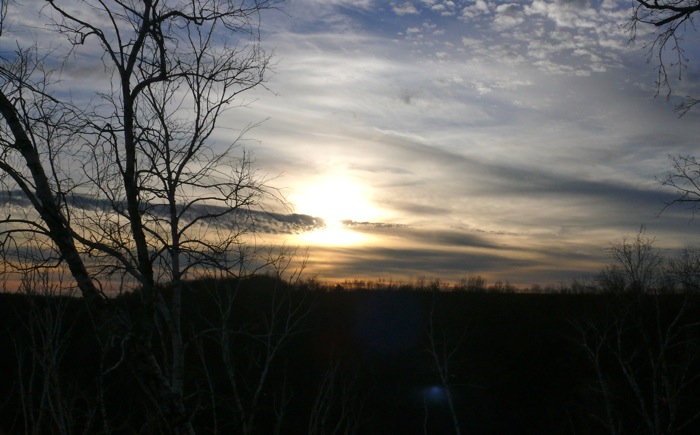 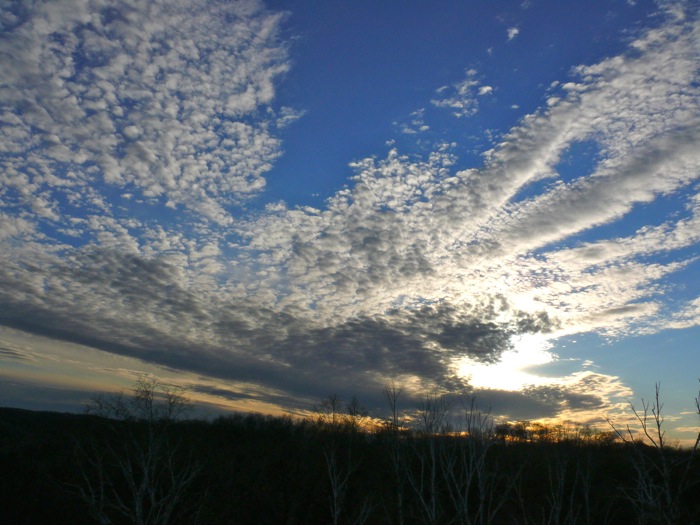 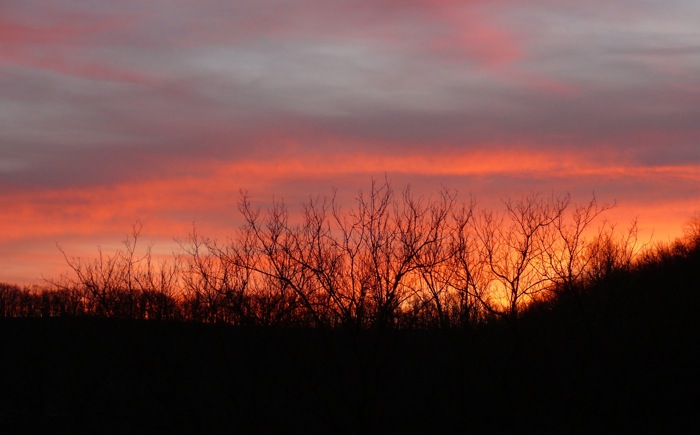 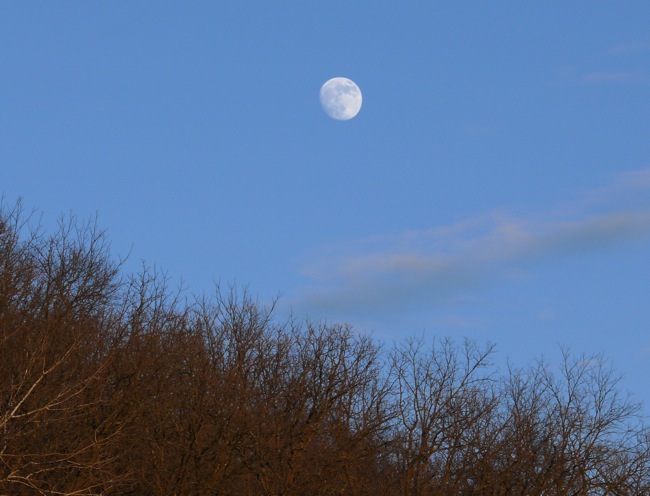