Mike pointed out that I’m a little behind on blog posts – so here’s a new one for the fall season.

We had our first frost on September 15th – about 3 weeks earlier than normal. 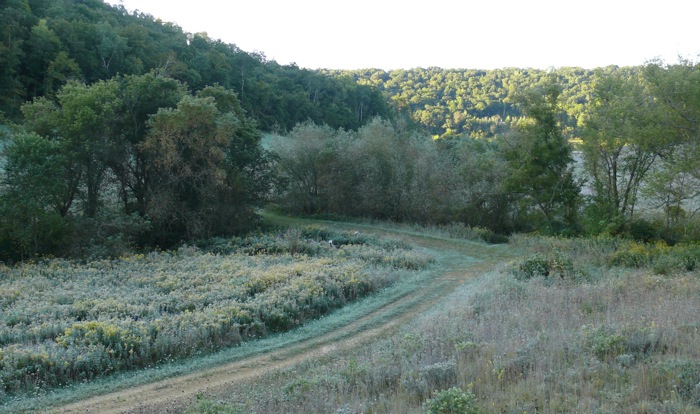 We haven’t had any frost since then, but now it really feels like fall – fall flowers are blooming and leaves and grasses are turning gold and red and brown. 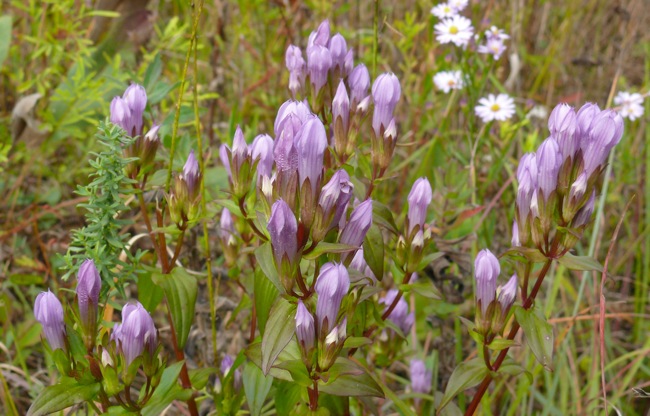 I saw a White-lined Sphinx Moth nectaring on these yesterday.  Sphinx moths are amazing to watch.  They never stop moving, and they don’t even seem to touch the flowers.  They have very long tongues that are so thin, and move so fast, that you can’t see them. 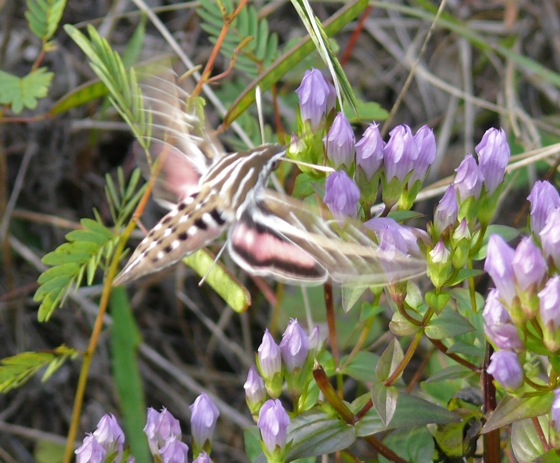 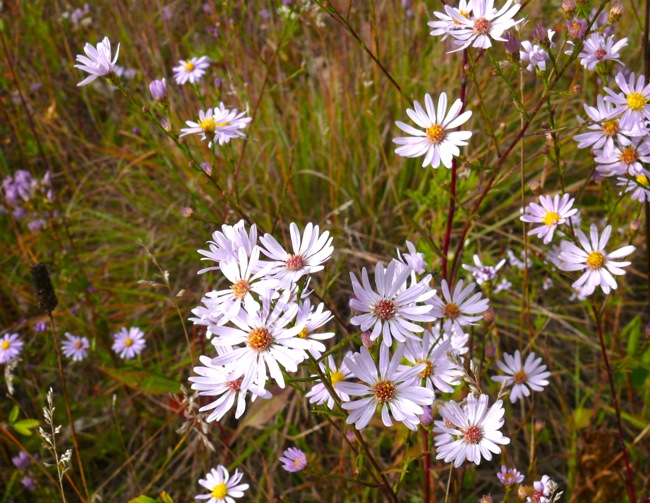 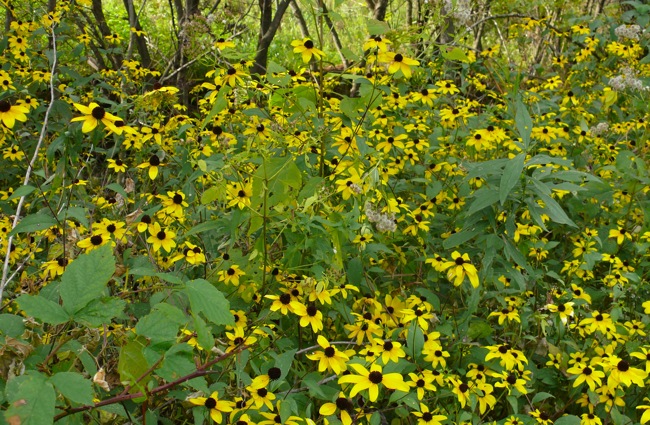 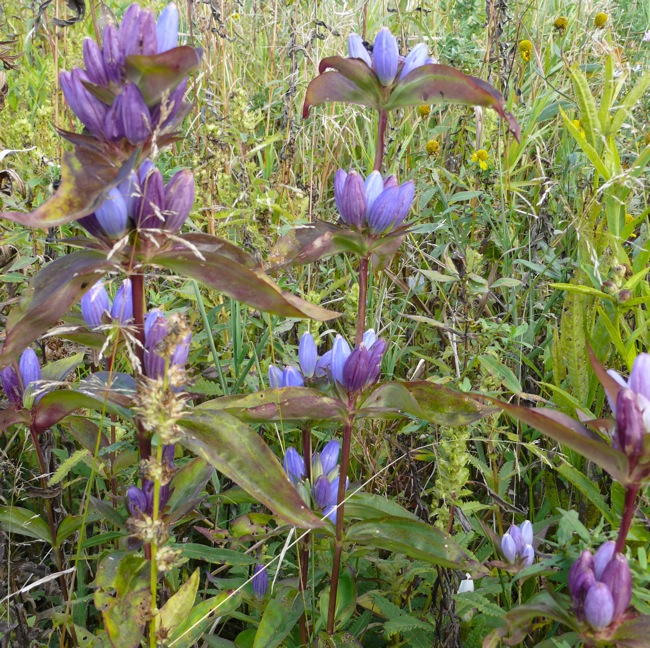 Some friends came to visit last week – Michelle, Lia, and Ken on the bench – Mike behind the bench. 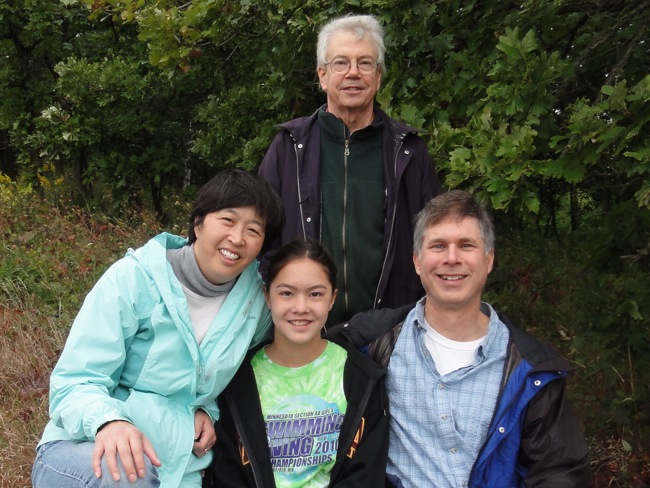 While they were here, I set up my moth lights and we had one of the most successful nights I’ve ever had.  We saw lots of big moths – mostly underwings, several new moths for the farm, and one rare moth that was also new for Bugguide.

These underwings are all large ones – with wingspans of 3 to 4 inches.  Apparently Linnaeus chose names with a marriage theme when he named a few of these moths, and many later authors continued this tradition. 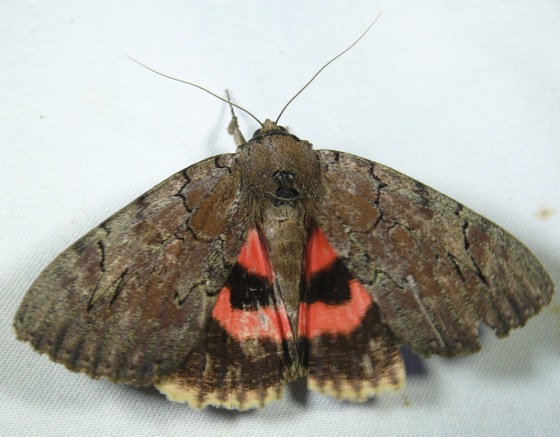 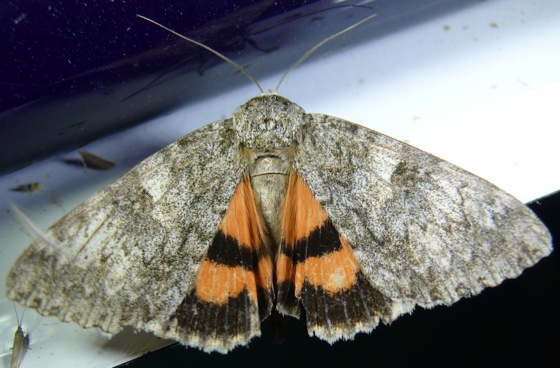 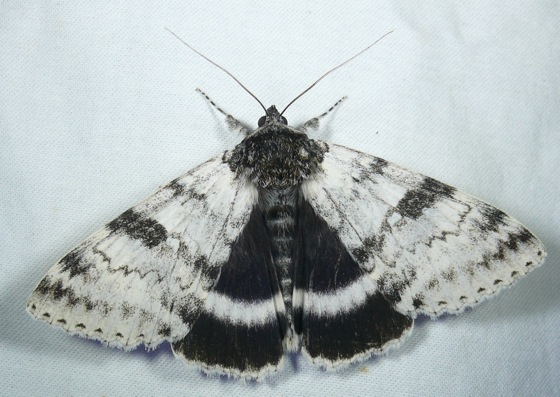 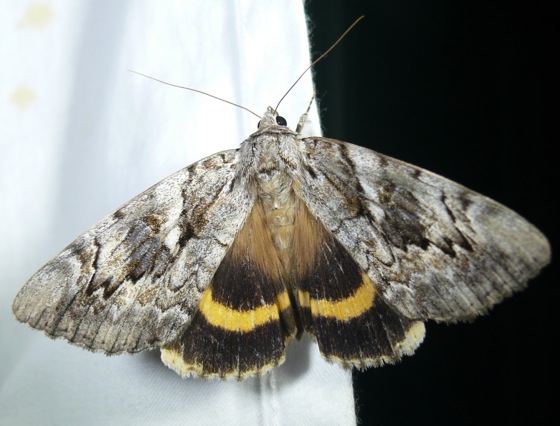 Some smaller moths, not underwings, but new to the farm. 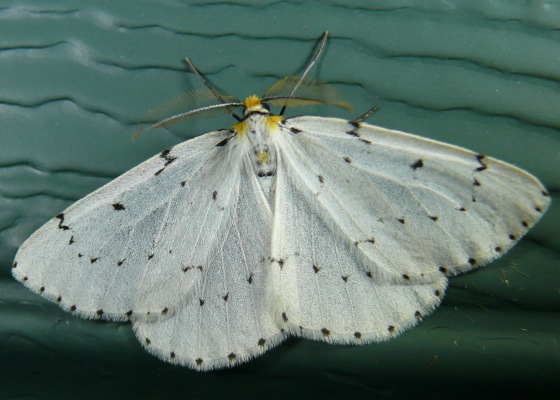 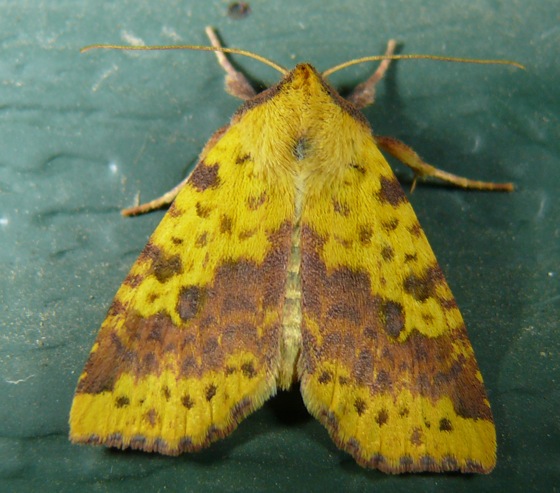 And the most interesting one – new for the farm and for Bugguide – a Golden Borer Moth. 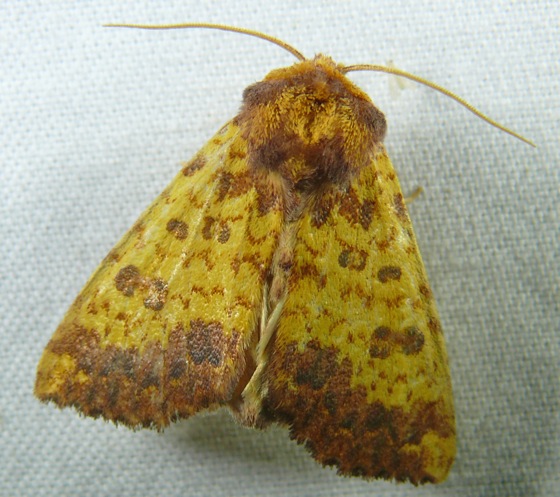 My Luna Moth caterpillars have all cocooned successfully.  For a while I worried that I wouldn’t be able to find walnut leaves to feed them – walnut trees lose their leaves very early.  But the leaf drop must be triggered by temperature, because the trees down in the valley – where the cold air settles at night – lost all their low, easy-to-reach leaves, but the trees on top of the ridge are still fine.  I filled our old frig with bags of leaves, just in case, but I didn’t have to use very many of them. 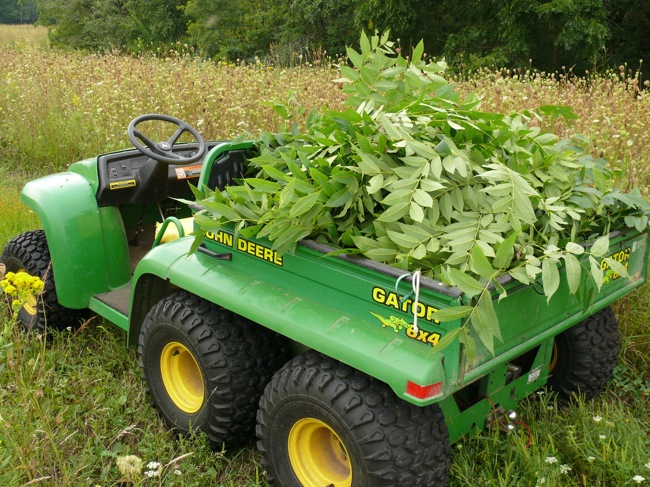 And the frig, full of bags of leaves. 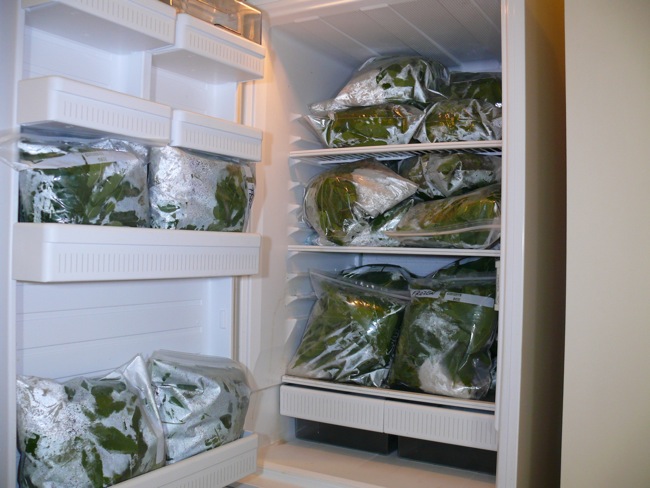 One interesting thing that happened to the Luna caterpillars, is that a few days before they cocooned, their skin turned reddish brown.  I wasn’t expecting it, so I thought they might be sick.  Here’s a green one – in its last instar… 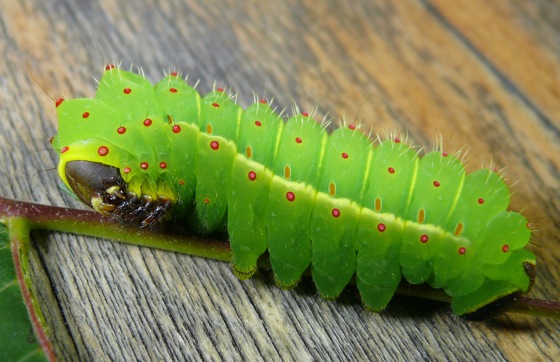 One that’s started to look odd… 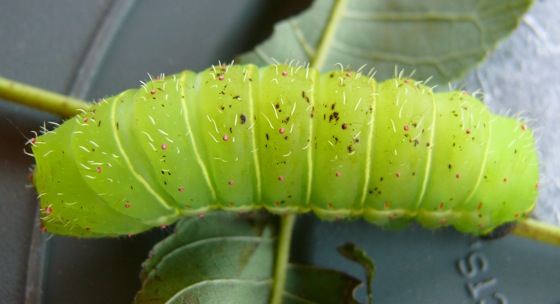 And one that’s turned reddish brown and is ready to pupate. 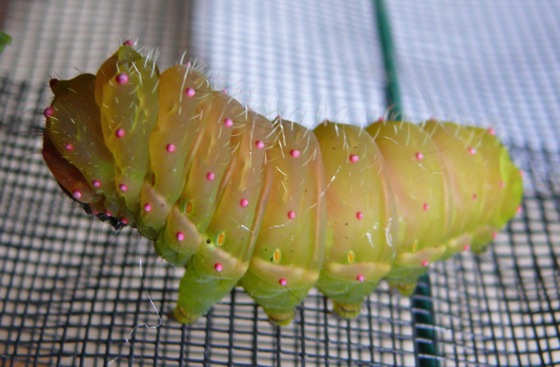 Now I have about 40 cocoons that will overwinter and then – hopefully – hatch in the spring.  (To see the full story of the Lunas, click HERE.) 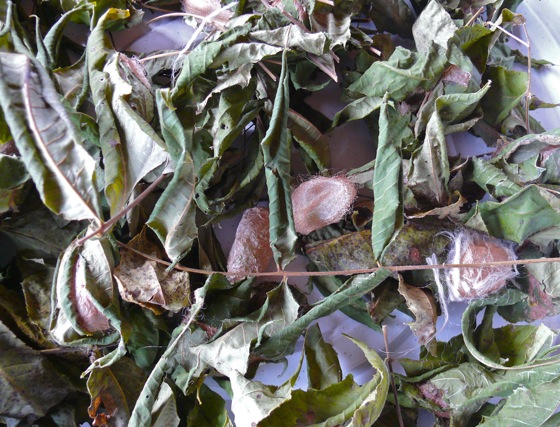 When I cut leaves to feed caterpillars, I always find more caterpillars on the leaves.  Since I’ve never collected walnut leaves before, I found all kinds of new caterpillars this year – including: 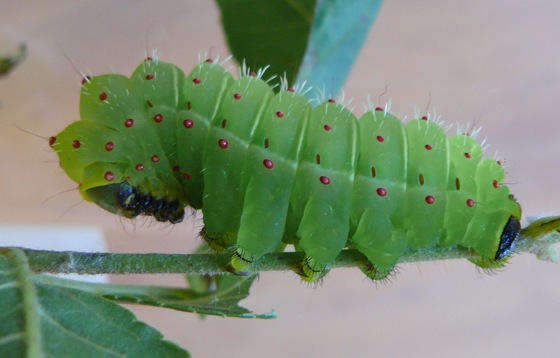 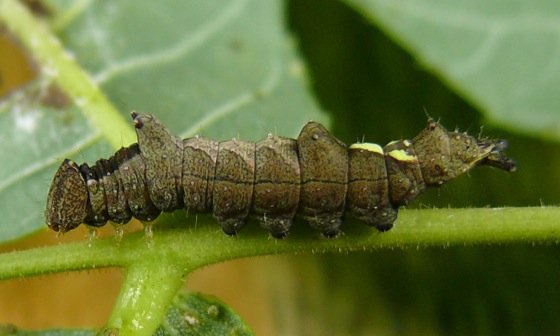 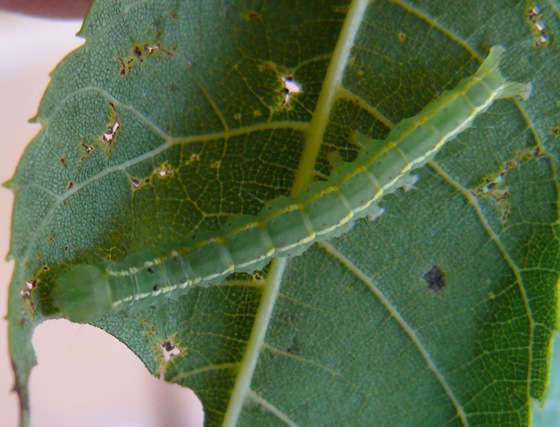 Wavy-lined Heterocampa – an earlier instar with wonderful ‘antlers’ behind its head.

This is a later instar of the same species – a Wavy-lined Prominent – the ‘antlers’ have gone, and the colors are completely different. 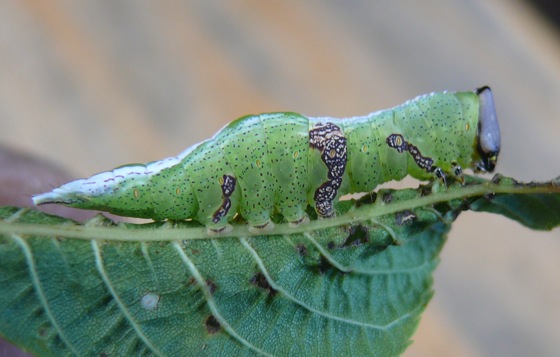 I’ve seen some nice mushrooms in the last few weeks, in spite of the dry weather. I’m not sure of the species of any of them.

This was a wonderful big flat one growing out of the side of a birch tree – it was so high that I could only see the under side. 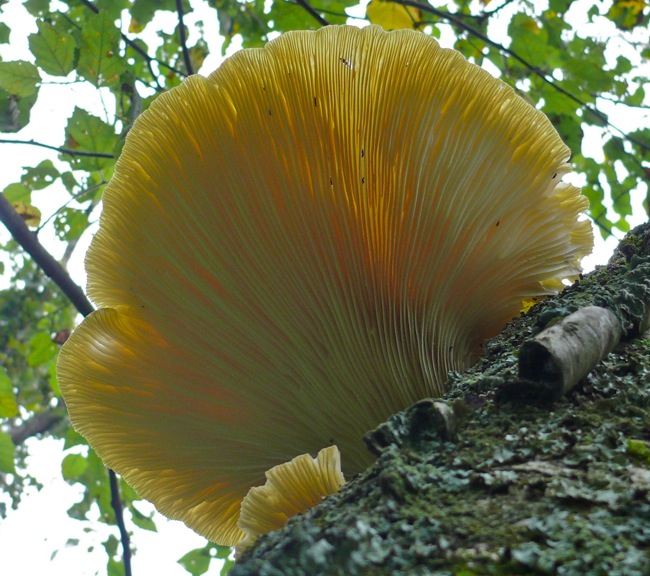 Growing on a woodland path 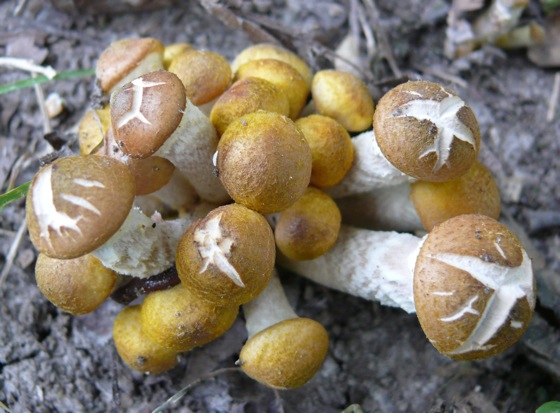 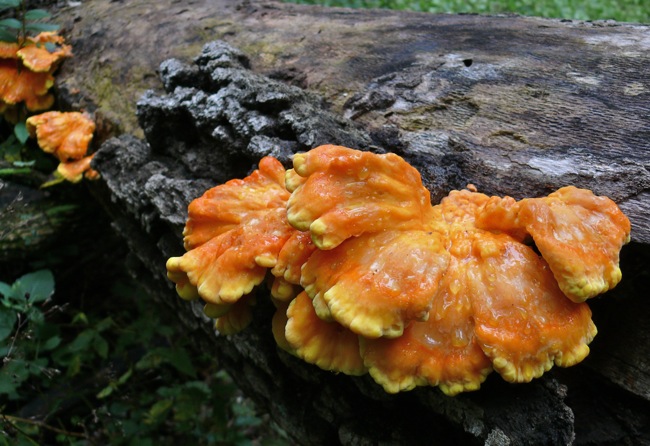 Here are a few fall views of the farm. 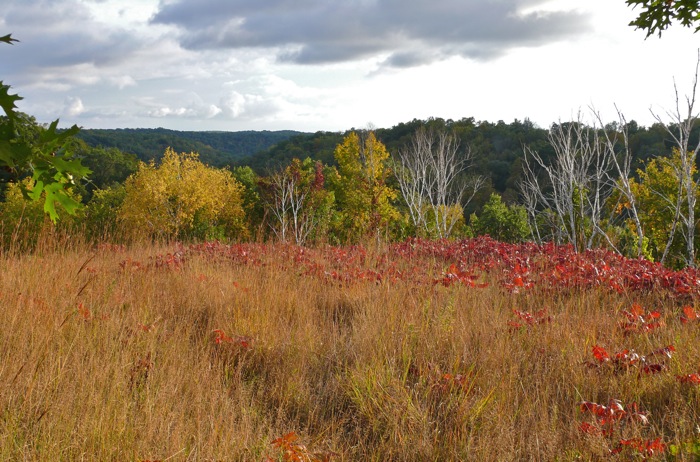 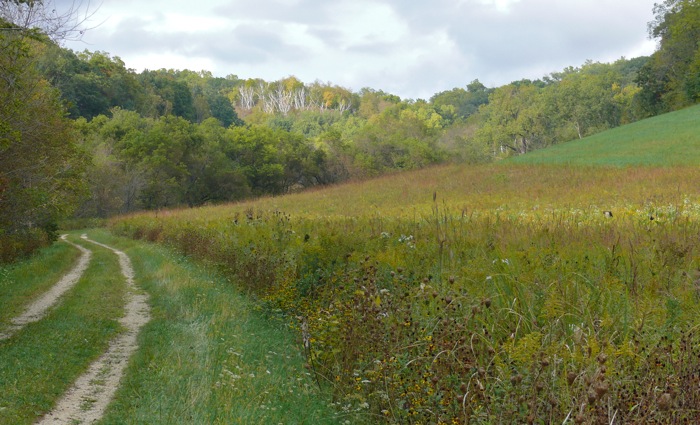 A rain storm over the Narrows Prairie 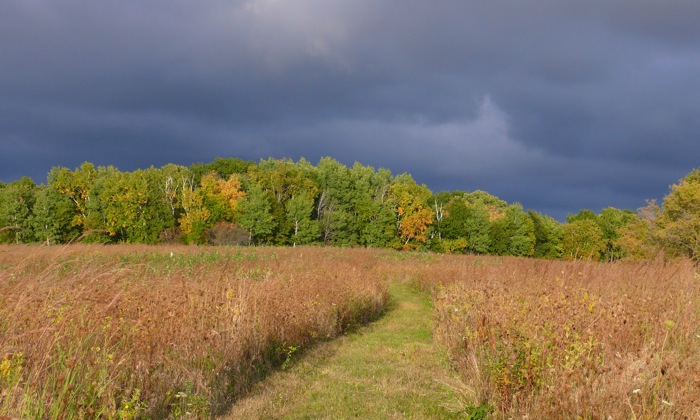