Winter is definitely not over yet. We’ve gotten some more snow, and today it’s 10 below zero.

We had a great bird visitor to our owl nest box behind the house – an Eastern Screech-Owl. It stayed for one day – sitting on the edge of the entrance hole and surveying the scene. The next day it was gone. 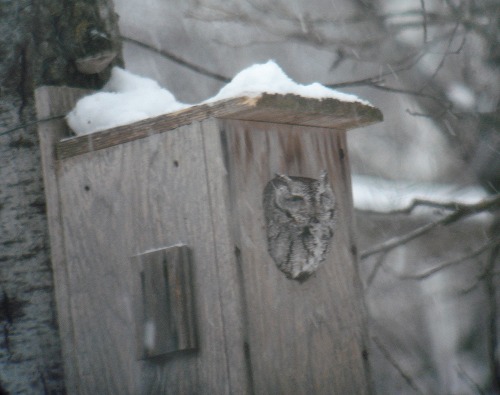 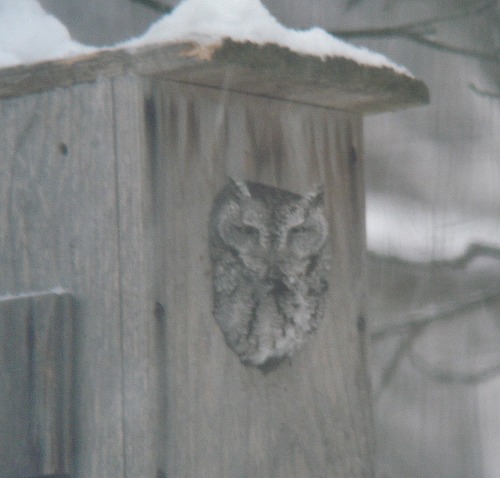 I’ve been reading about screech owl nesting, and the information that I’ve found says that they have a large territory with many roosting spots. In the winter the males move around, staying a night or two in each spot. When it gets closer to spring, the female will choose one of these spots to nest. I hope she’ll decide she likes our box!

We put up the screech owl box in March of 2004. About 2 weeks later I decided that we should check to see if anything was inside. We walked toward it, intending to tap the tree with a stick, but when we got close a Saw-whet Owl popped its head out. 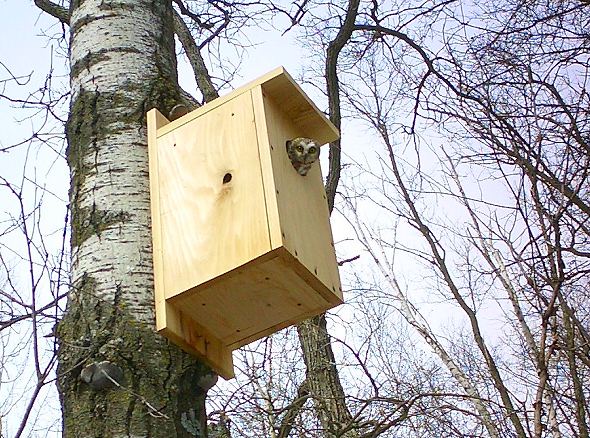 The saw-whet owl stayed in the box for about two weeks and then flew away. This is the first time the box has been occupied by anything except squirrels since then.

I washed one of our basement windows so I could get some better photos of the gray fox, but it hasn’t come back since then. (I don’t wash those windows very often – I’d rather leave some dirt on them so the birds are less likely to fly into the glass.)

So I’ve been taking photos of some of the other creatures that eat the fallen peanuts. 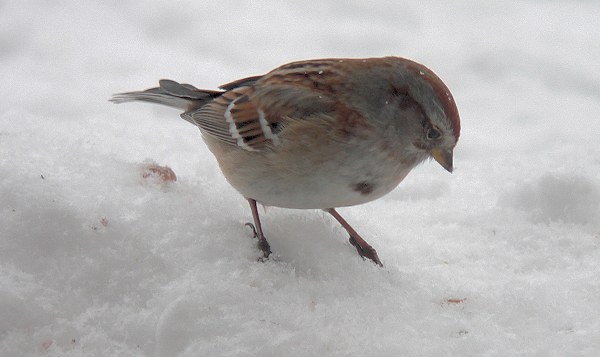 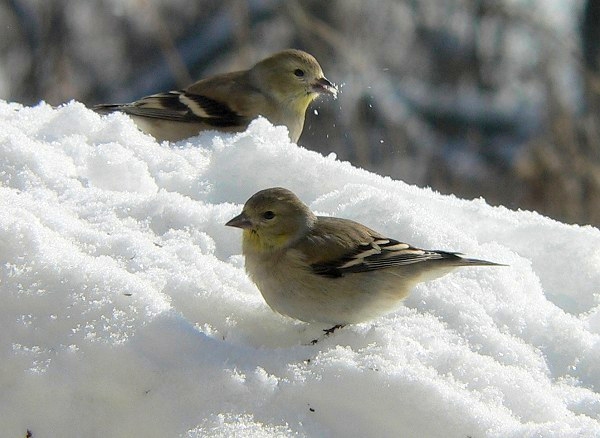 Fox Squirrel – a face full of snow is one of the hazzards of digging for peanuts. 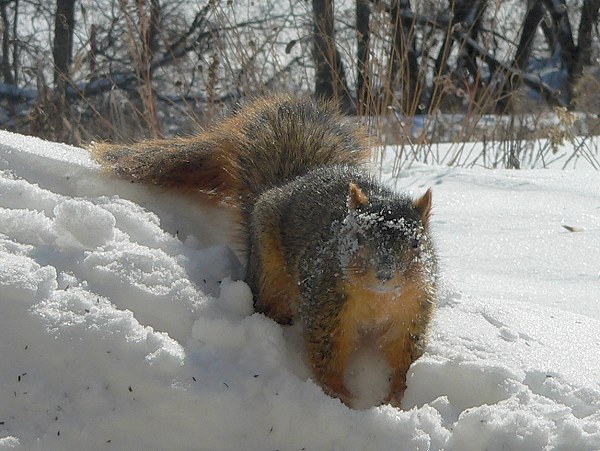