We stayed for several days in the Ft. Myers area, seeing friends and exploring some of the wildlife preserves.

Our first trip was to Six Mile Cypress Slough – a beautiful little wetland with a boardwalk through it.

Here are some of the scenes from the boardwalk. 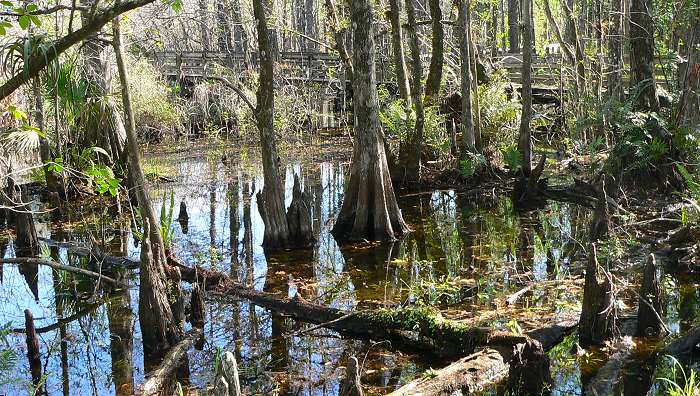 Cypress trees with strap ferns growing on their “knees” 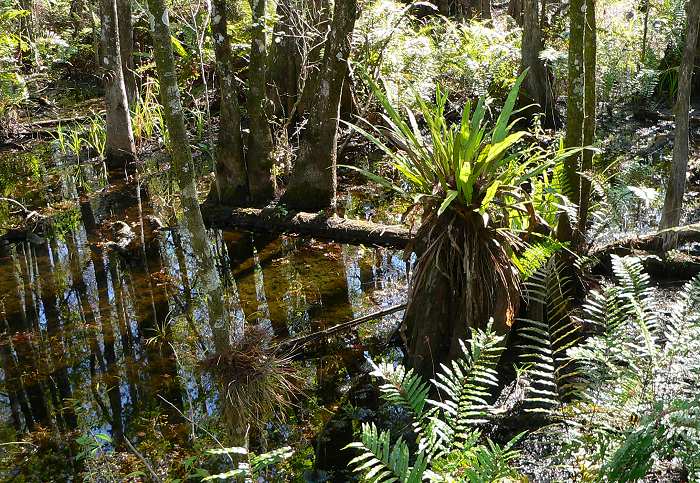 These pools have many small fish – and probably other small animals – that provide food for birds. 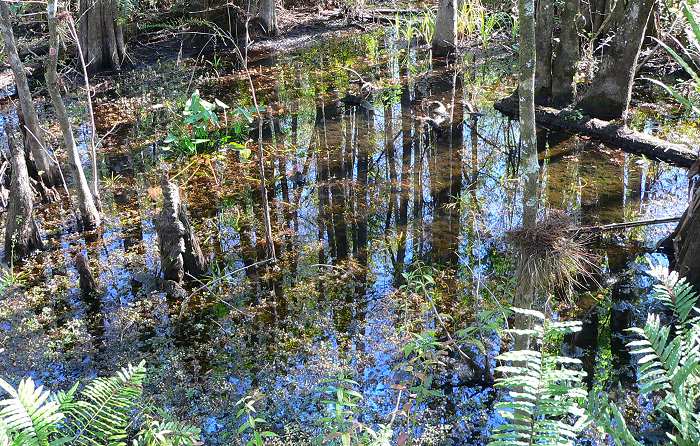 These are White Ibis, feeding in the muddy bottom of the slough. 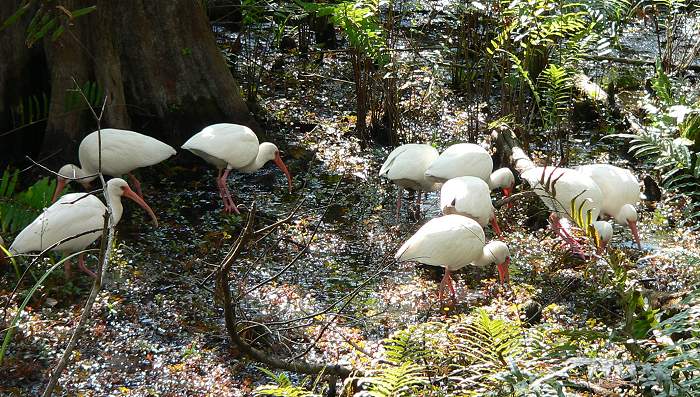 Mike took a video of this scene – it’s fun to see how they stir up things in the mud to eat.

It was a much longer drive, but a much larger place with more varied habitats.

There’s a large area of wet prairie – where most of the vegetation is grasses and sedges, and it’s inundated with water for part of the year. 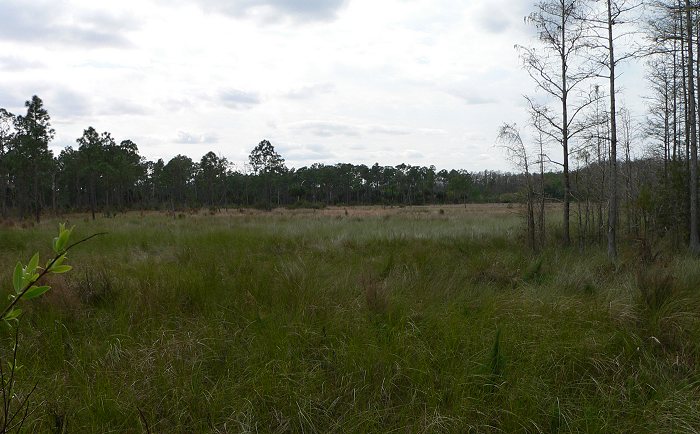 I finally got a photo of a butterfly here – Florida butterflies are very elusive. It was resting on some sedges in the wet prairie. It’s a Queen – a milkweed butterfly related to Monarchs. 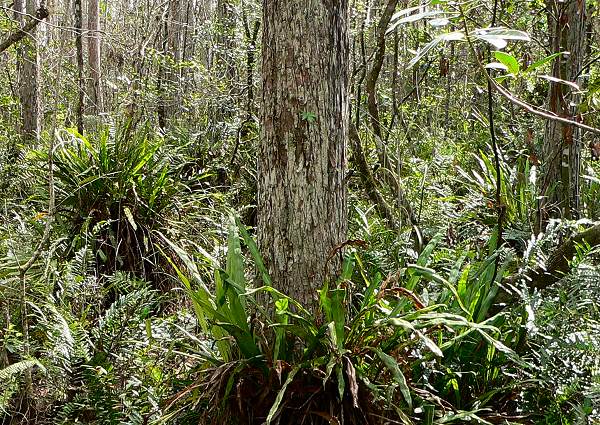 This one has Strangler Fig roots growing around it. 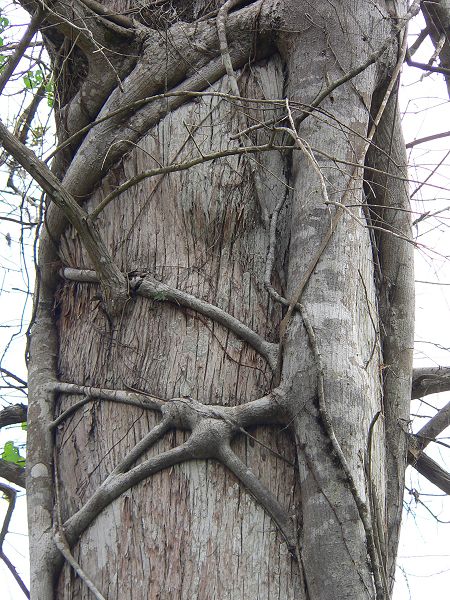 The most common hawks we saw after we got south of central Georgia were Red-shouldered Hawks. They live in woods and wetland areas throughout the southeastern US. Here’s one that was sitting close to the boardwalk. 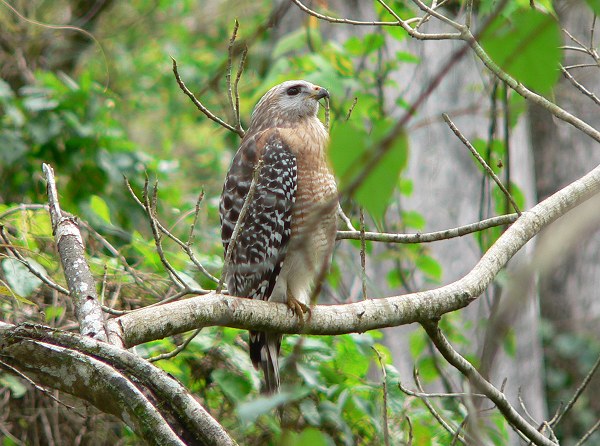 Wet pools in the swamp are called “lettuce lakes” because they are covered with a non-native plant called Water Lettuce (Pistia stratiotes).

Animals congregate in these lakes especially during the winter dry season. We watched an otter searching for and then crunching down crayfish, herons and anhingas fishing, and an alligator eyeing them all.

The alligator was almost completely hidden under the lettuce plants with only its nose and eyes sticking out. The otter didn’t seem to realize the alligator was there until it suddenly got too close. The otter then backed away very slowly and carefully and went hunting in a different part of the pond. 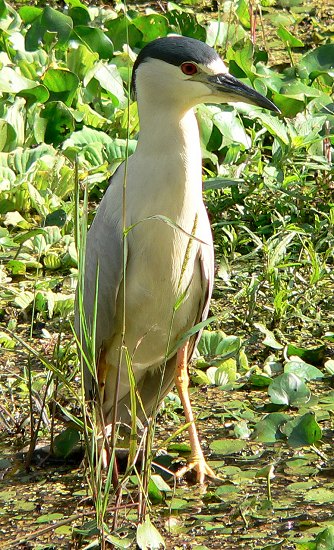 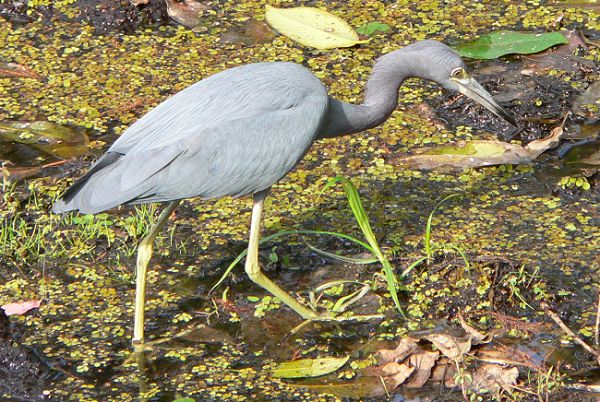 A Tricolored Heron – unusual at Corkscrew 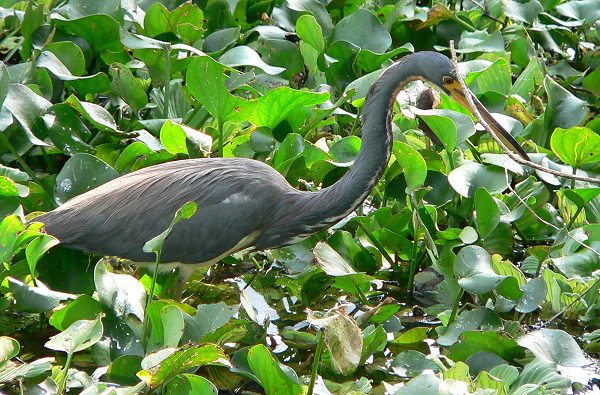 And an Anhinga. Anhinga swim under water and spear fish with their sharp bills. Then they come up to kill and eat their prey. This one had caught the fish, but was having trouble killing it. 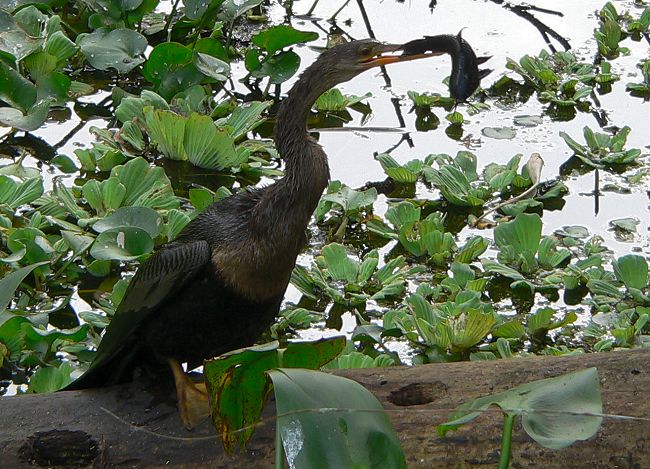 She would whack the fish against the log a few times, the fish would flop, and she’d whack it again. She kept that up for 5 or 10 minutes until the fish had completely stopped moving. Then she tossed it up so it dislodged from her bill, threw it in the air, caught it headfirst, and swallowed it. It seemed like a lot of work for a meal.

Anhingas are called “snake birds” because periodically, while they’re searching under the water, they stick their head and long neck up and look around. They really do look like snakes.

Since it was winter, there weren’t very many flowers, but we did see Tropical White Morning Glories (Ipomomea alba) 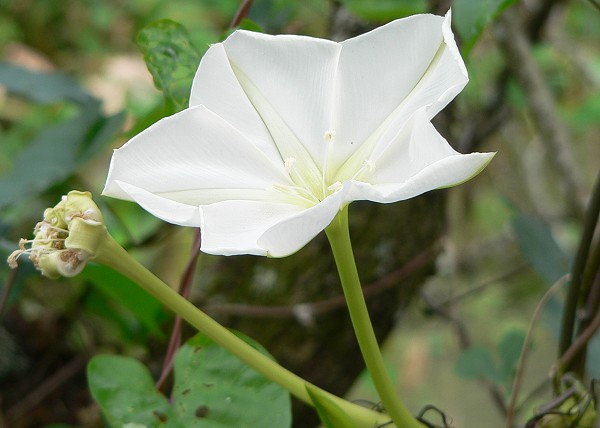 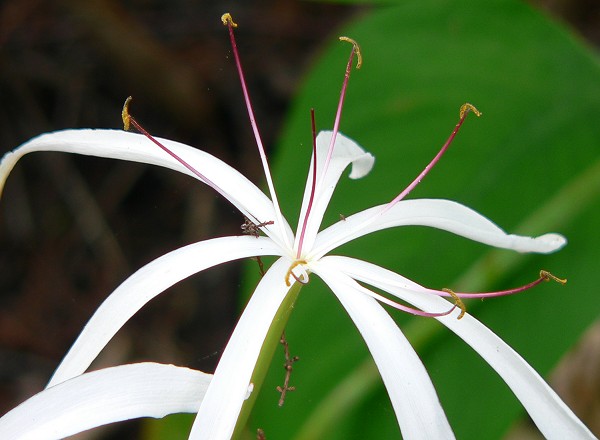 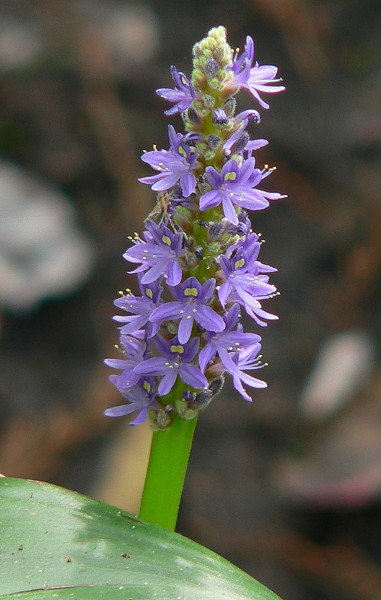 We were determined to see some manatees, so we stopped at a small park in Ft. Myers called Manatee Park. The water in the canal is warmed by the nearby power plant, so manatees like to swim there in the colder weather. Here’s one of the observation spots, with a few circular ripples in the water where some manatees have just dived. The manatees come to the surface to breathe, but don’t come up enough to get much of a picture. 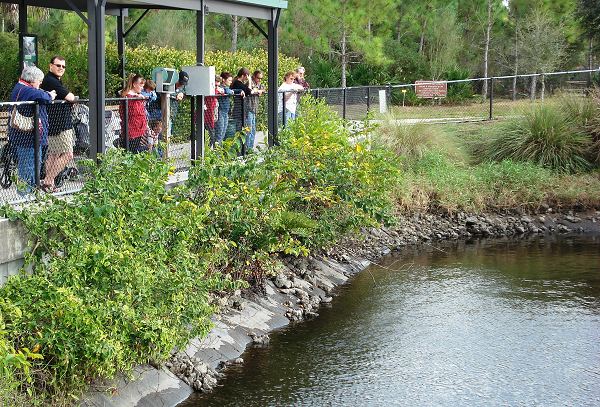 These are our friends Bill and Chris. They recommended some of the great places we visited, and came out for dinner with us to a great local seafood spot on Pine Island. We forgot to take their picture, so these are photos they sent me. Here they are at their home 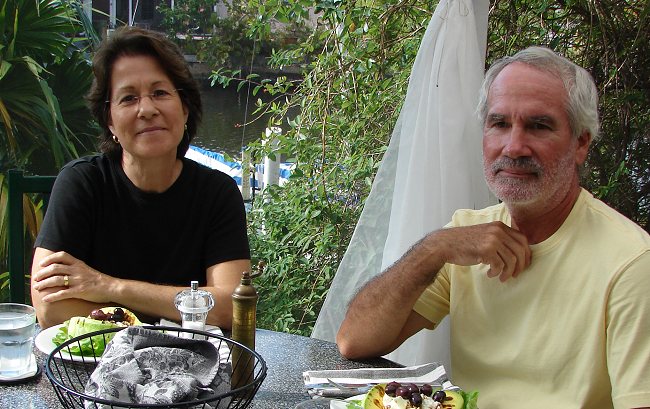 and on an early morning paddle nearby. 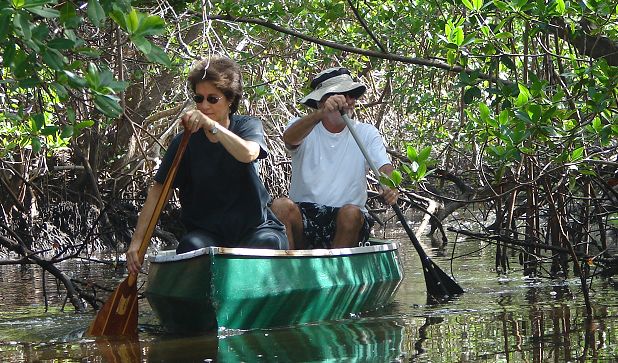 Chris is involved with the native plant society, and a local native plant nursery, and helped me identify some of the plants and butterflies we saw.