I’m very busy these days – getting the last of the tree girdling finished before the season ends.  Trees – aspens and birches – are easy to girdle at this time of year because the bark separates in just the right place.  I have a few more days of that project, and then it’s on to battling the summer weeds – Wild Parsnip and Sweet Clover.

The butterflies like to hang out on the driveway – they rest on the gravel and fly up as we walk by.   The swallowtails are especially attracted to one area where there are muddy tire tracks. 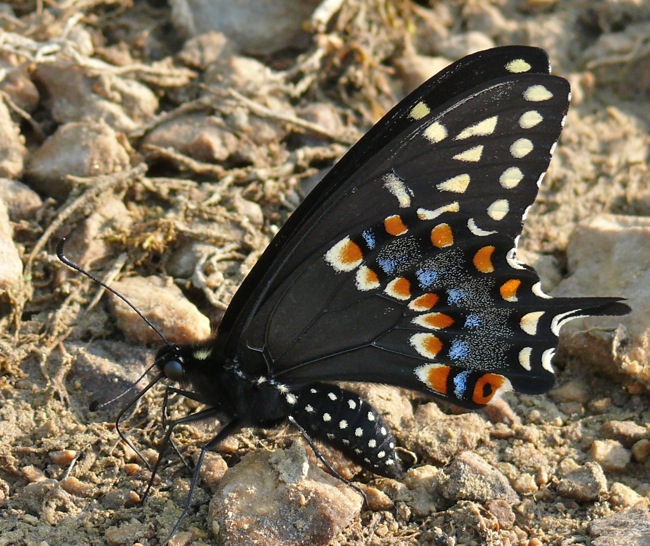 Tiger Swallowtails – I’m pretty sure the butterfly in the foreground is a Canadian Tiger Swallowtail – but I’m not as sure about the one in the back.  It may be an Eastern Tiger Swallowtail.  The two species were recently split, and they can both be found in our part of Wisconsin, and at this time of year. 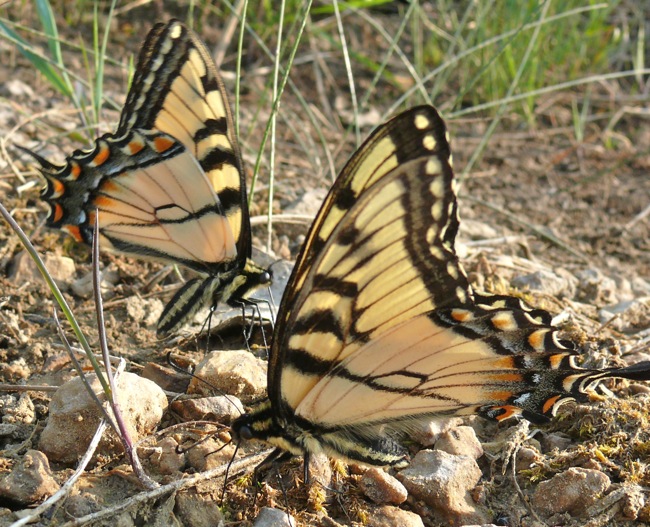 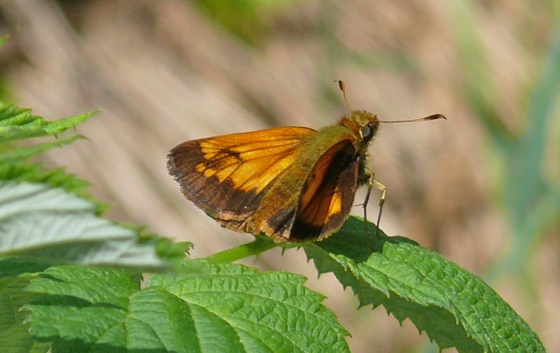 And a Dusted Skipper 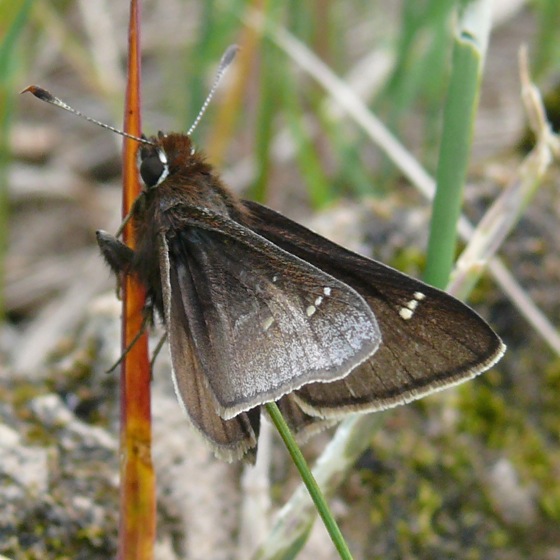 Mike mowed all our walking paths last week.  This is my favorite path view – looking down at Pat’s Prairie from Indian Grass Point. 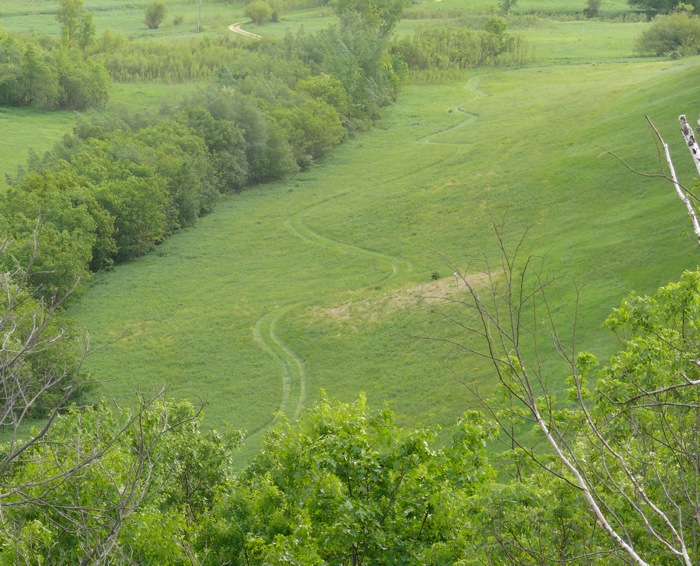 We’ve seen several birds that are new for the farm in the last few weeks.   One of them didn’t stick around – we only saw and heard it once – a Yellow-breasted Chat.

Then, a few days ago we heard and saw Dickcissels on Western Prairie.  They sit on top of the old Mullein stalks to sing. 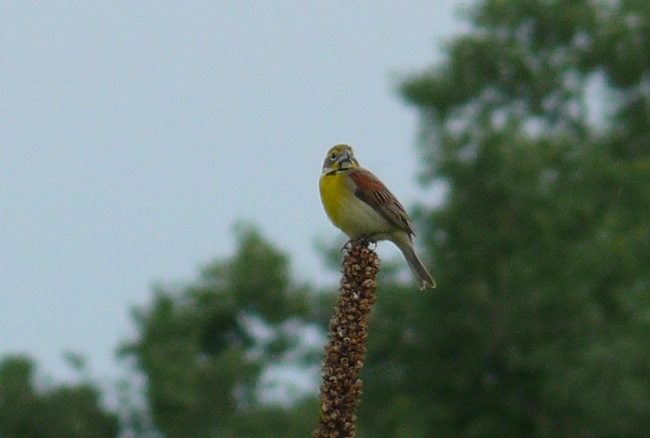 Some friends came to visit, and confirmed that they really are Dickcissels, and also found a Henslow’s Sparrow – a threatened species in Wisconsin. Here’s Ann’s photo of the Henslow’s Sparrow.  (It was quite far away, and everything was moving.) 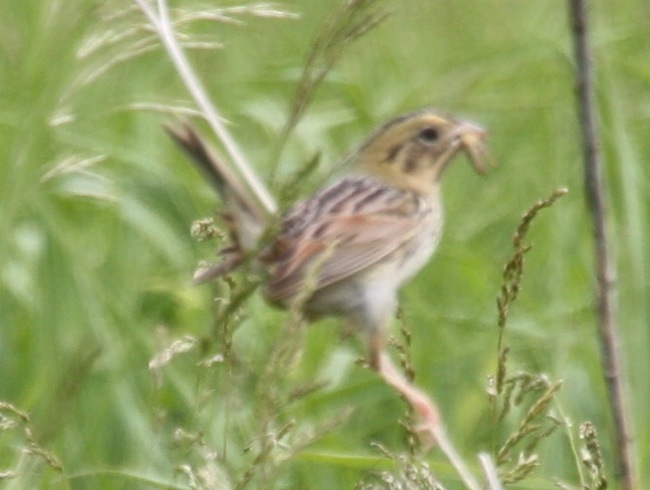 Here we all are at the Big View bench – in back: Ann, Joe; in front: Dale, Emily, Marcie 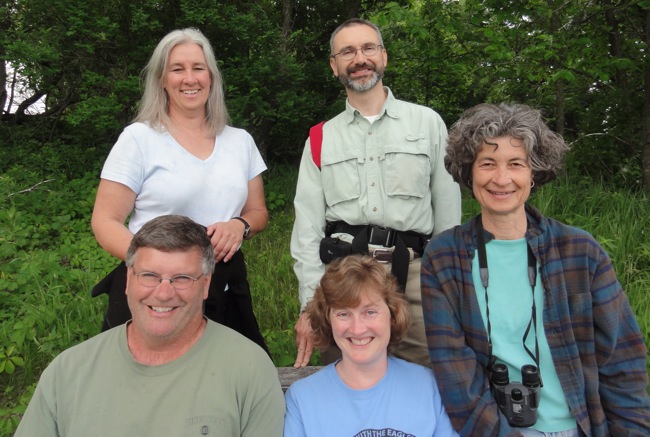 I found a cardinal nest right next to one of our trails.  It would be well hidden except that it’s right at eye level when I walk along the trail. 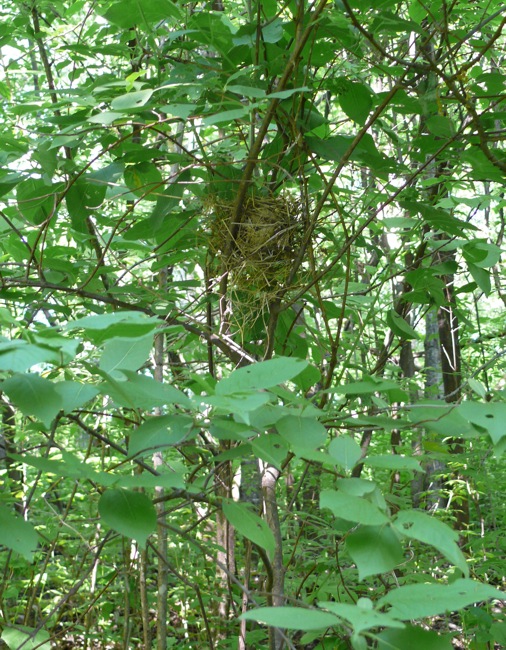 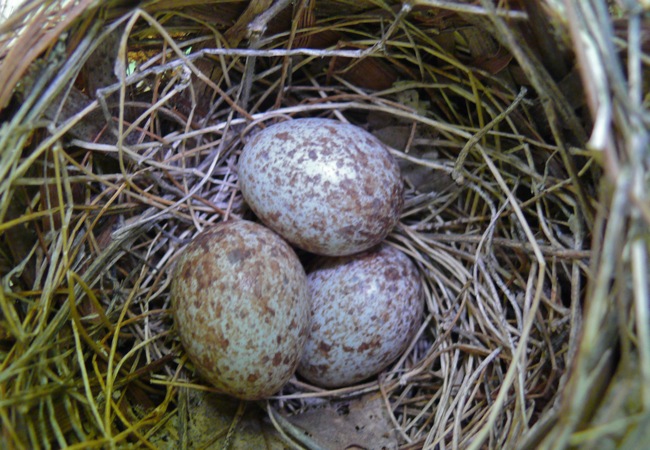 The summer flowers are blooming now. 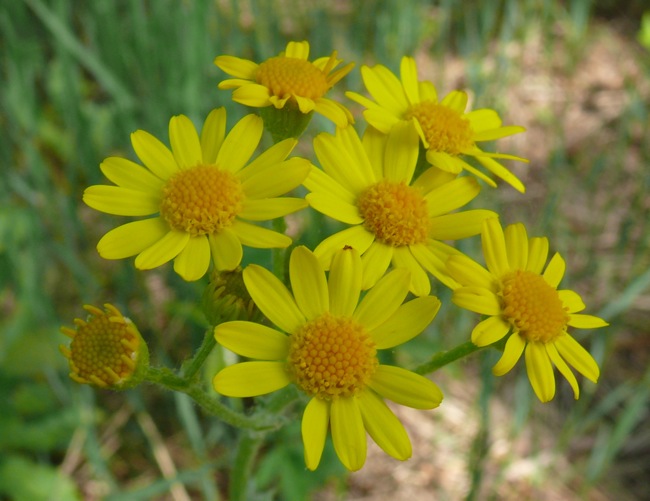 Wild Lily of the Valley 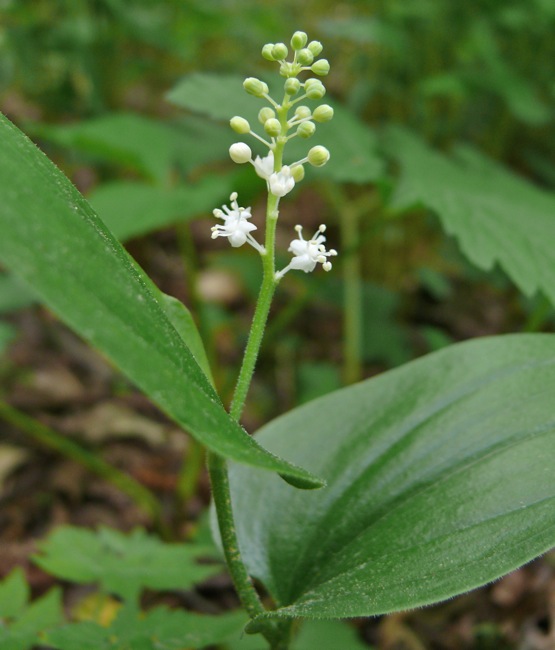 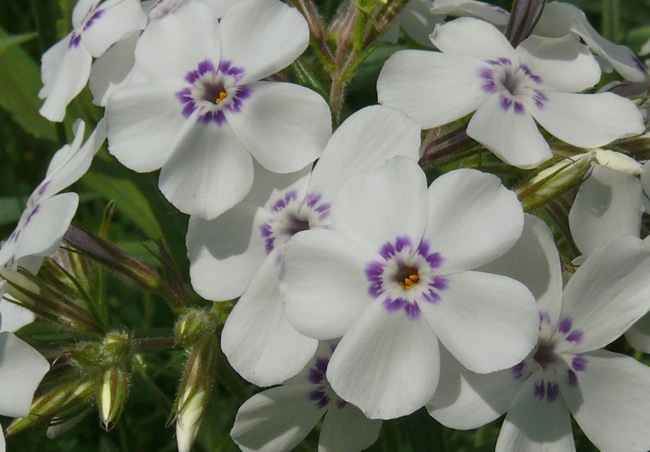 And my moths are finally starting to hatch – they’ve been slow this year – probably because the weather has been so cool.  All the Polyphemus Moths hatched in about 3 days. 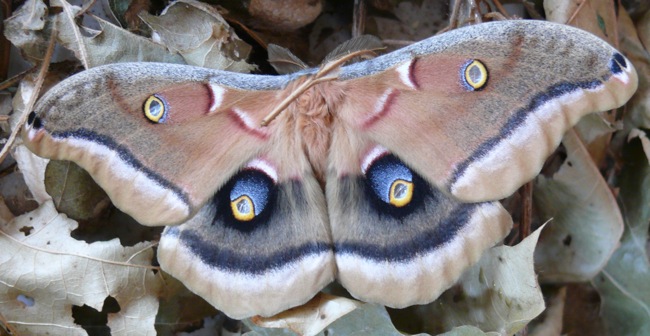 I’ve attracted lots of new moths to my lights – it’s finally warm enough for them.  I’ve also figured out a great new technique for taking moth photographs.  I got two LED lights that fit on either side of my camera, so I can get close photos without harsh shadows.

Here are a few of my favorites. 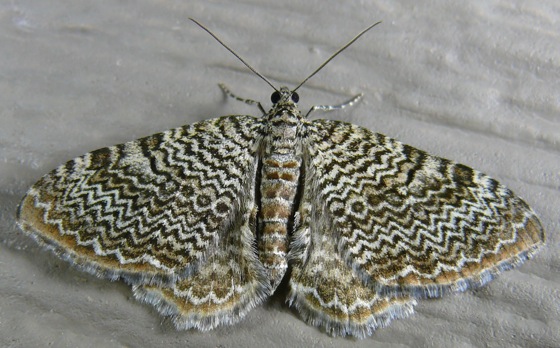 Giant Leopard Moth – I’ve found the caterpillar of this one before, but this is the first time I’ve seen the adult moth.  It’s very large – about 2 1/2 inches long. 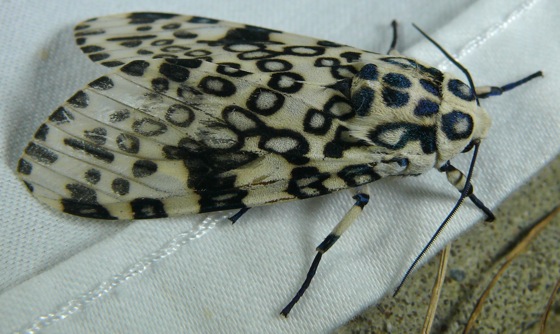 This one is very small – less than 1/2 inch long.  It doesn’t have a common name.  I saw one joking reference to it as a “skunk moth”. 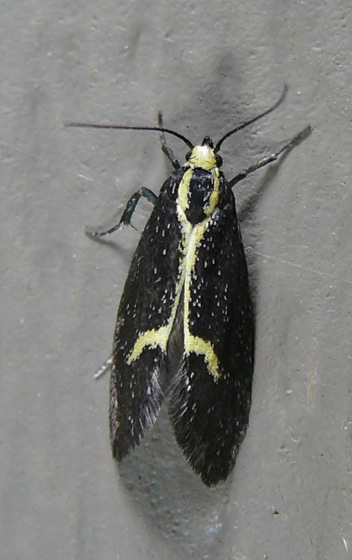 This is a carpet moth with no common name. 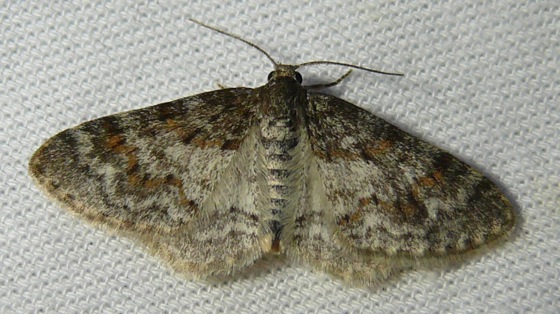 This is a sphinx moth – one of the most beautiful ones I’ve seen.  It’s called a Small-eyed Sphinx. 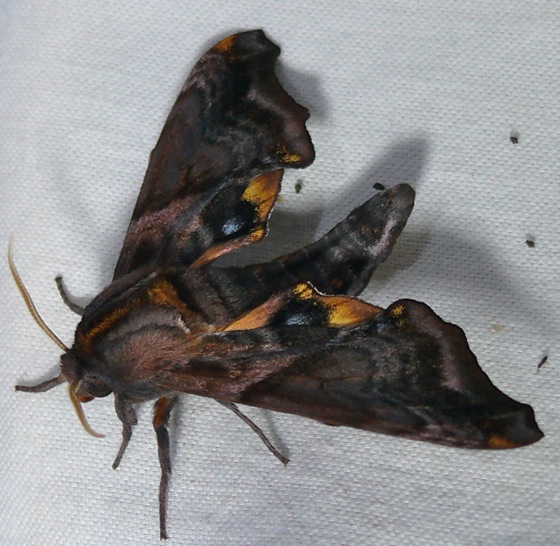 This is the same moth, but with it’s wings vibrating – it really shows off the bright eye spots on the hind wings. 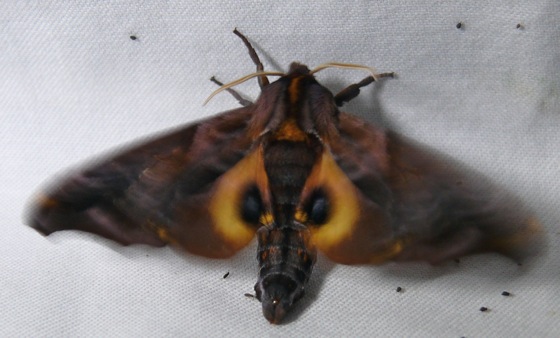 Indian Paintbrush is blooming in most of the planted prairies.  There’s an especially large area of it in Western Prairie.  When we walk that path, we feel like we’re wading through a river of blooms.  Hummingbirds like it too – we almost always see some nectaring at the blossoms. 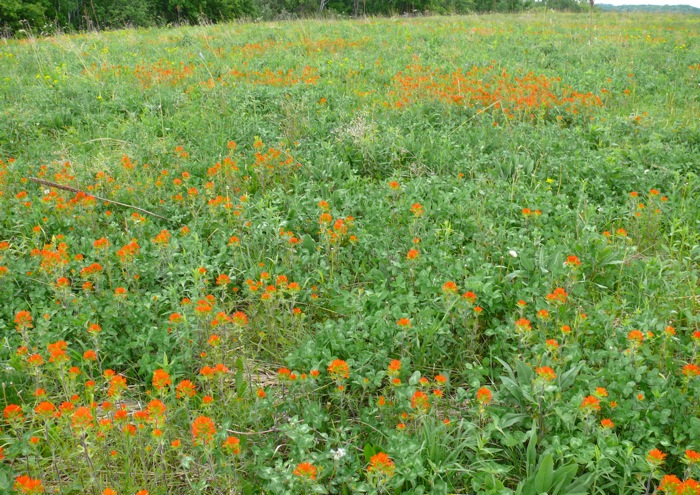 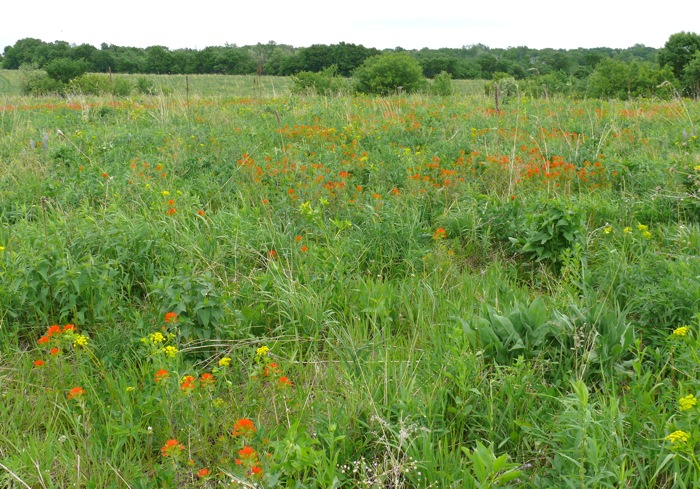