We just got back from our first “retirement trip”. Our dream has been to have a camper that we can pull behind a pick up truck, and to trek to beautiful wild places and explore them leisurely. This was a start on the dream.

Mike has put two slide shows of the trip on Facebook.

I mostly took photos of butterflies and flowers, so I’ll fill in a little of the scenery.

Our first stop was to visit friends in Silver City, New Mexico. Richard and Stacey live near Boston Hill – an open space area that has many small abandoned mines.

A view of Silver City from Boston Hill. 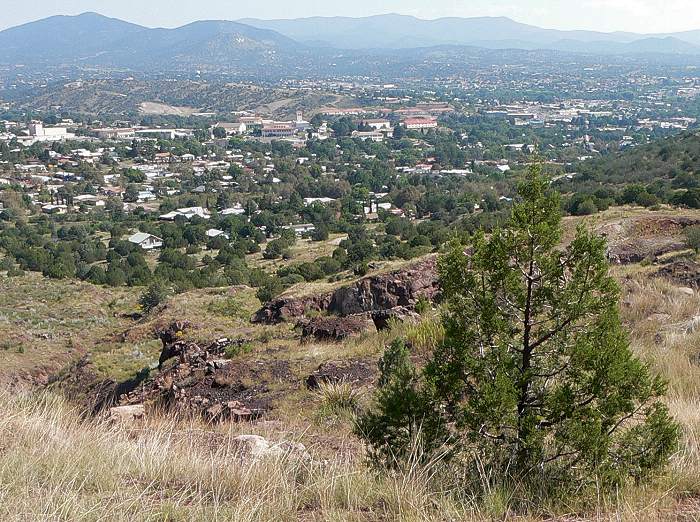 The vegetation is mostly native, and it was full of butterflies and flowers – a few familiar ones, but mostly ones that I had never seen. 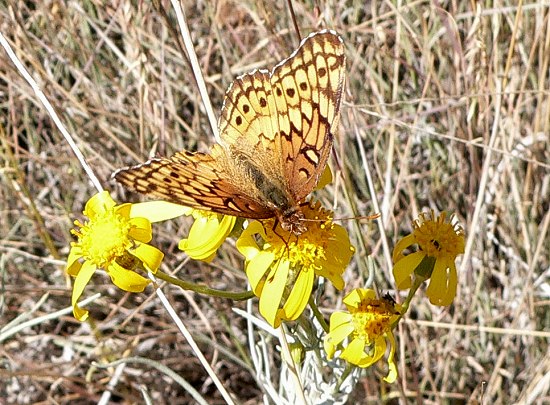 The seed heads of Apache Plume (Fallugia paradoxa). They resemble – and are related to – Prairie Smoke (Geum triflorum) which grows in our prairies. 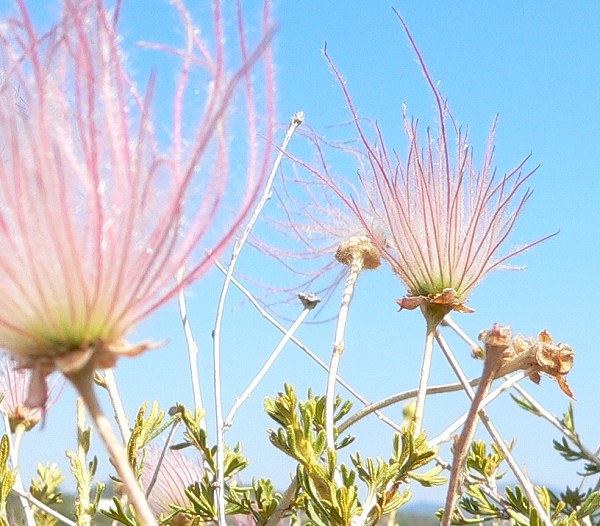 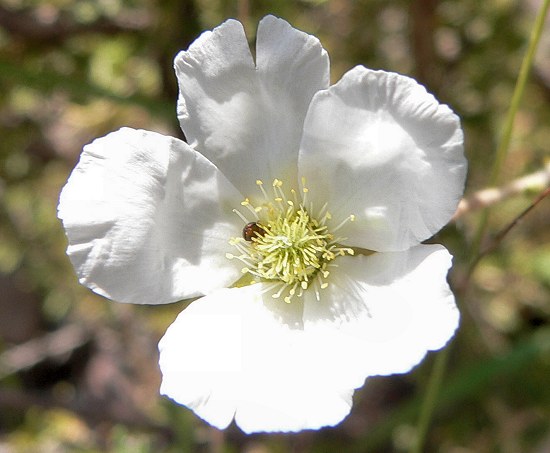 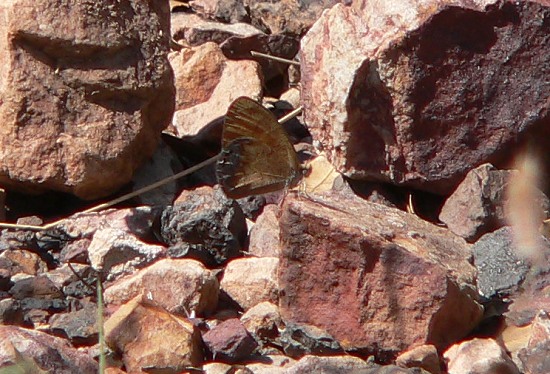 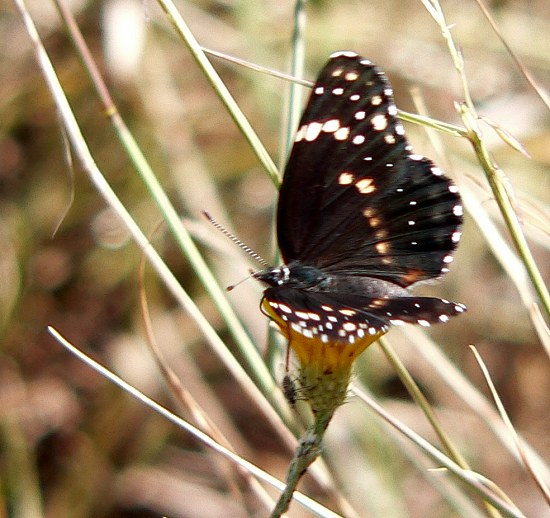 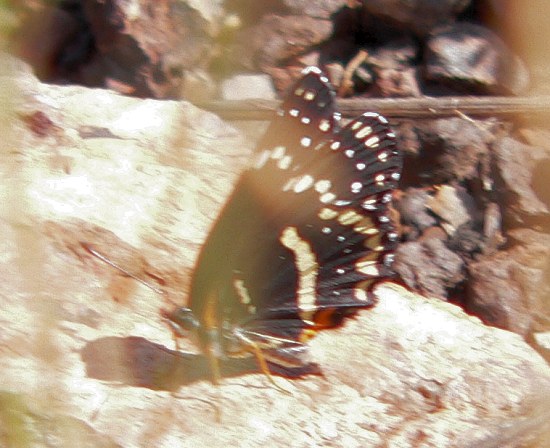 We picked up the Camper in Phoenix (106 degrees – and they said that it had cooled down in the past few days). The only wild things we saw in Phoenix were huge concentrations of ants making long lines along the edges of city sidewalks. They walked in single file at very high speed – it was like watching a speeded up video.

After we picked up the camper we drove to the Grand Canyon – the most beautiful place we could find to start our new adventure. It was really wonderful. We spent a day exploring the views along the edge, and then watched the sun set over the canyon. It was fun to watch as the light changed. 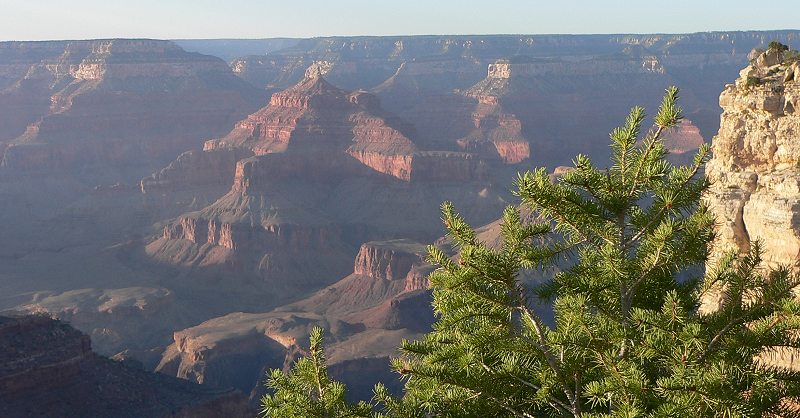 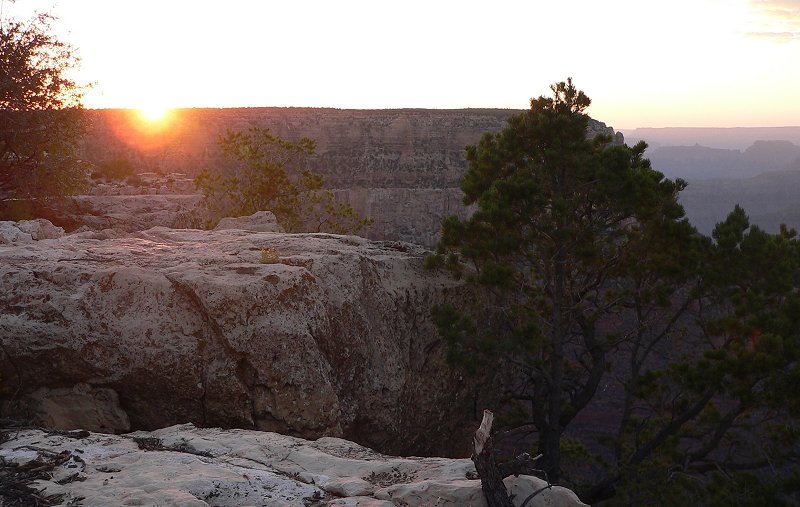 The bats came out and Pygmy Nuthatches showed up in large chattering groups to dig seeds out of the pine cones. Best of all, we saw a California Condor sailing over the canyon.

As we drove east, we stopped at a small canyon on the Little Colorado River. Six or eight Mormon Metalmarks were nectaring on a shrub at the edge of the canyon. 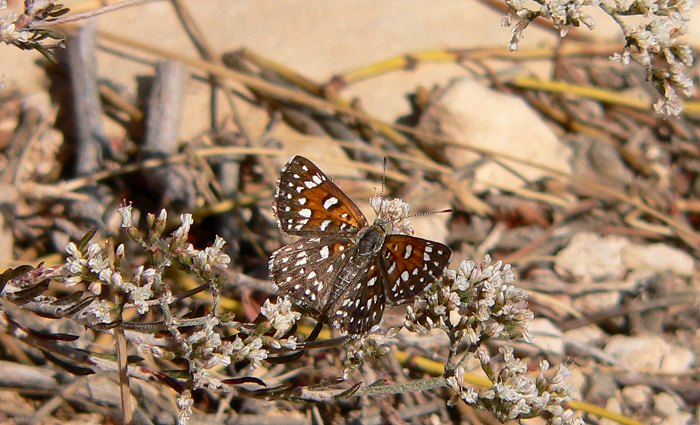 Mormon Metalmarks (in gray shrub right at the edge) and the canyon. 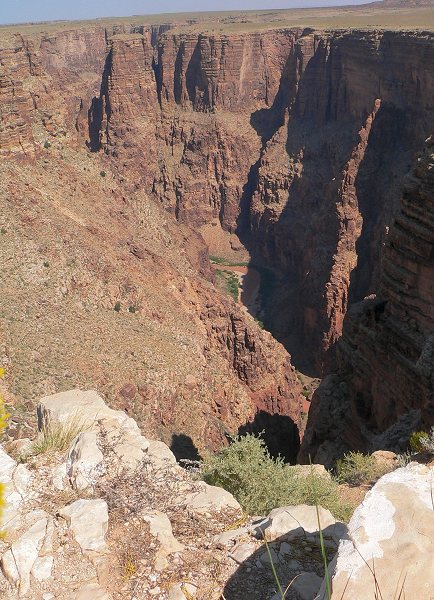 We visited more friends in Durango. Linda took me on a wonderful hike on a small part of the Colorado Trail.

We walked along a beautiful mountain creek. 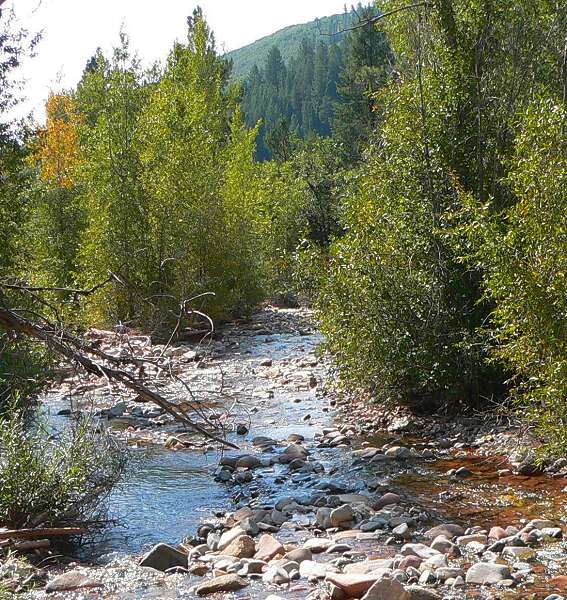 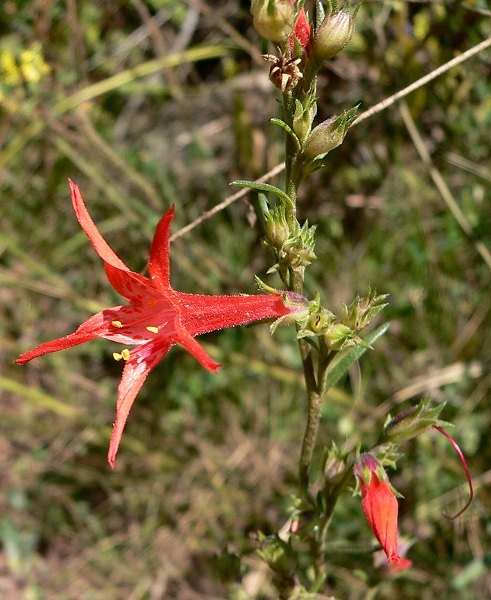 Once we got onto the Colorado Trail, the walking was all in mountain forests. Here’s Linda along the trail. 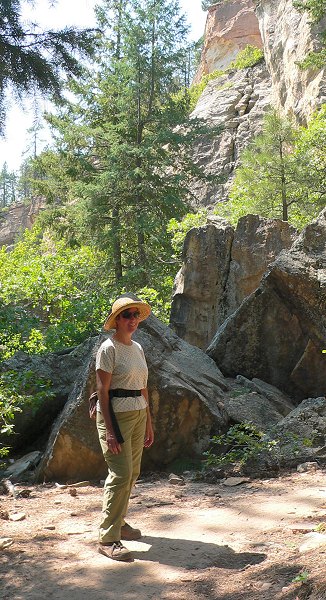 We found one native orchid in the woods – a species of Corallorhiza that had finished blooming. 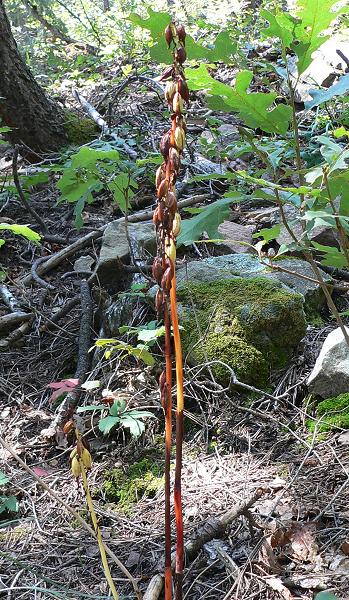 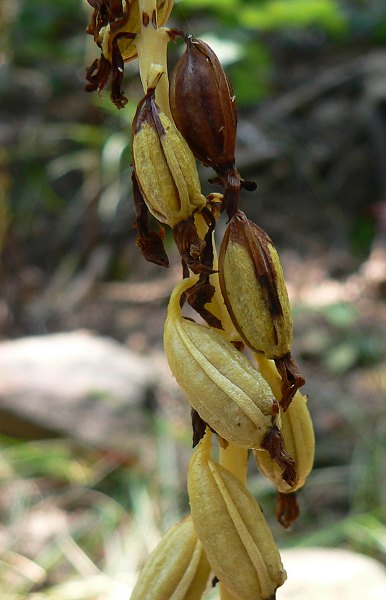 This is the view from the top of a ridge, looking back toward Durango. 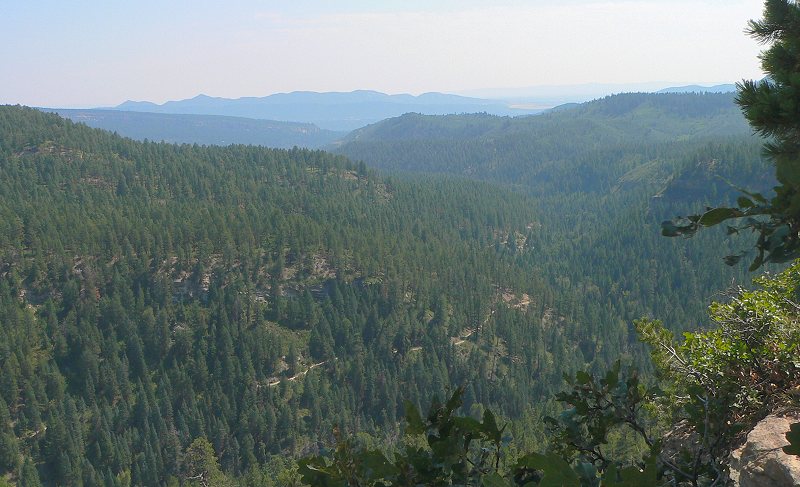 After Durango we drove north to Denver.

We stopped for lunch near a reservoir, and fed bread crumbs to a chipmunk. It licked the butter off before carrying the crumbs away into the bushes. 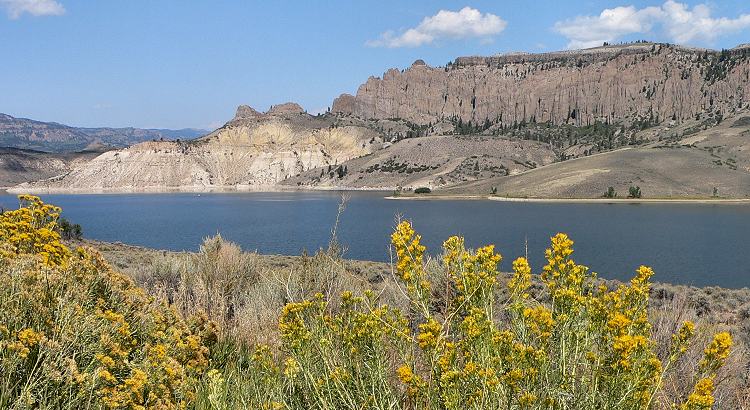 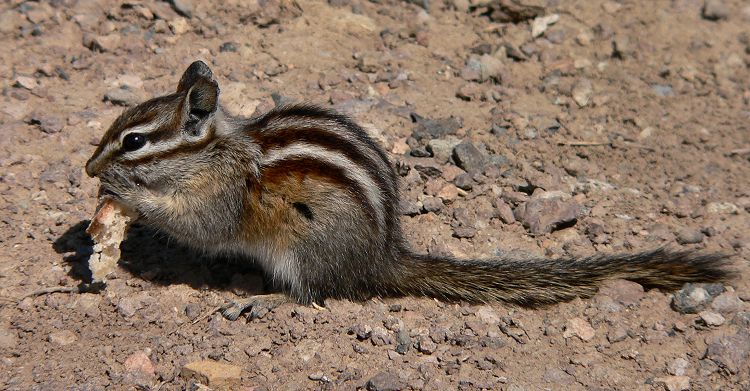 That night we stayed at a very fancy RV park just outside of Denver. It had lots of very expensive RVs, and immaculate streets and gardens. But along one side was a rushing stream with flocks of migrating Yellow-rumped Warblers feeding on insects above the water. 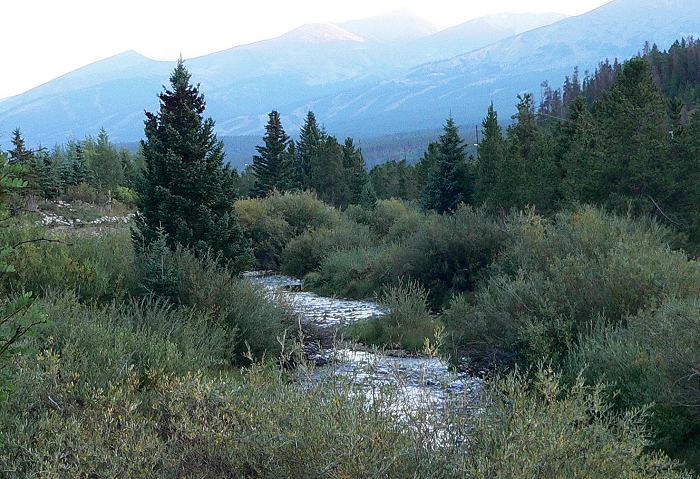 We were almost home – just outside of DesMoines, Iowa, when we hit the deer. Mike did a great job – he didn’t swerve, he slowed down and got us onto the side of the road. So no one got hurt except the deer, and our poor truck. There wasn’t much for me to do while we were waiting to get towed, so I explored the ditch along the road. I found some late-blooming thistles with plenty of interesting insects. 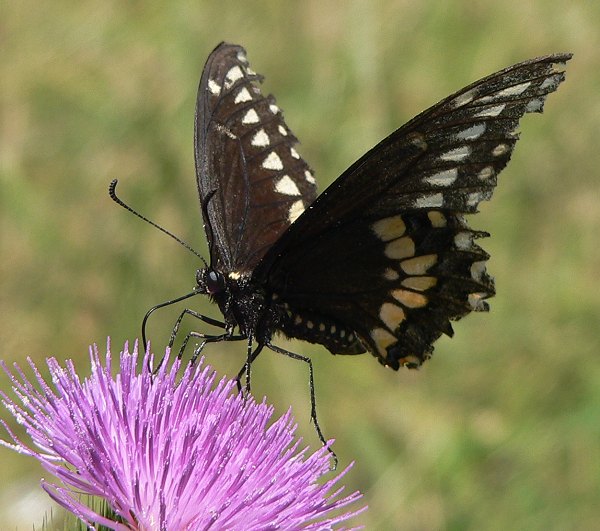 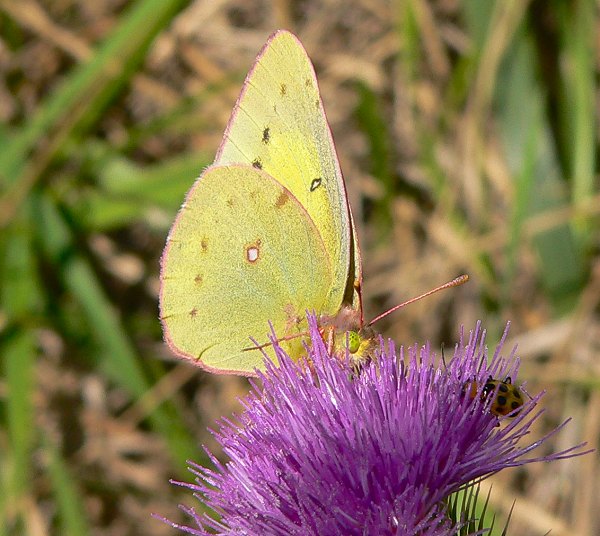 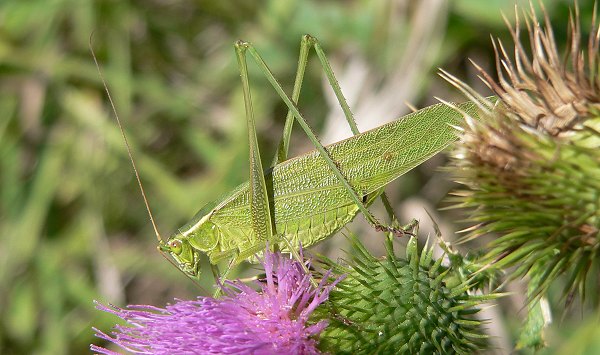 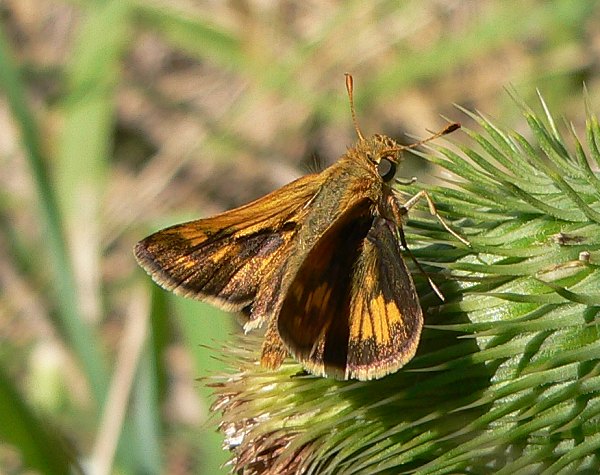 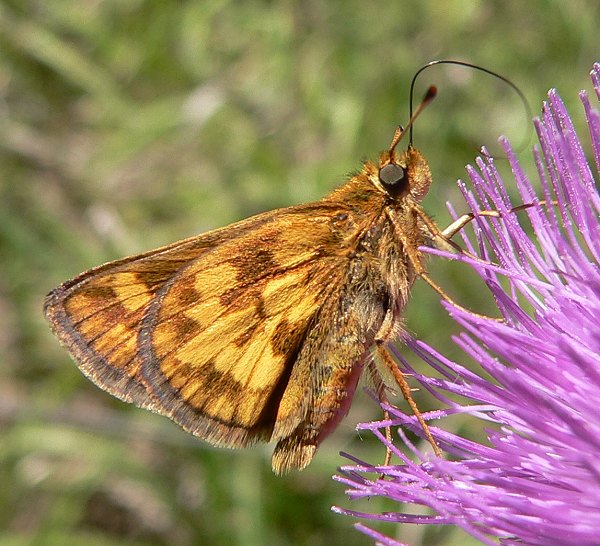 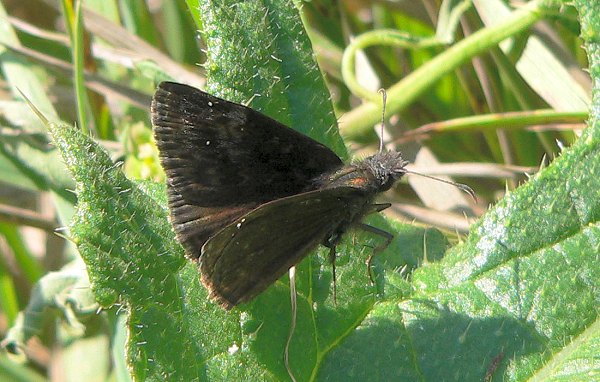 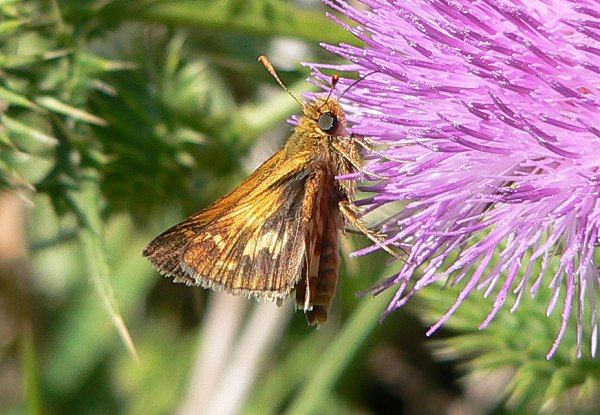 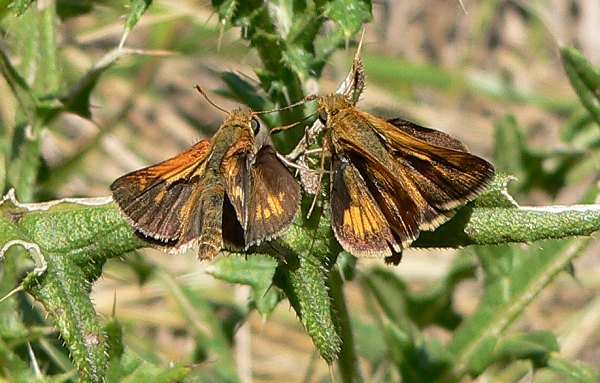 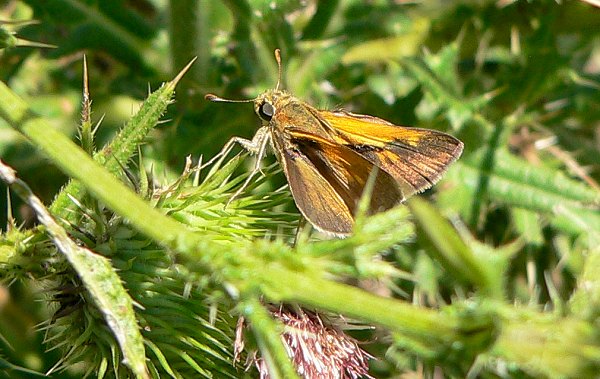